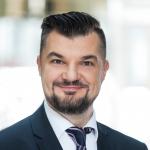 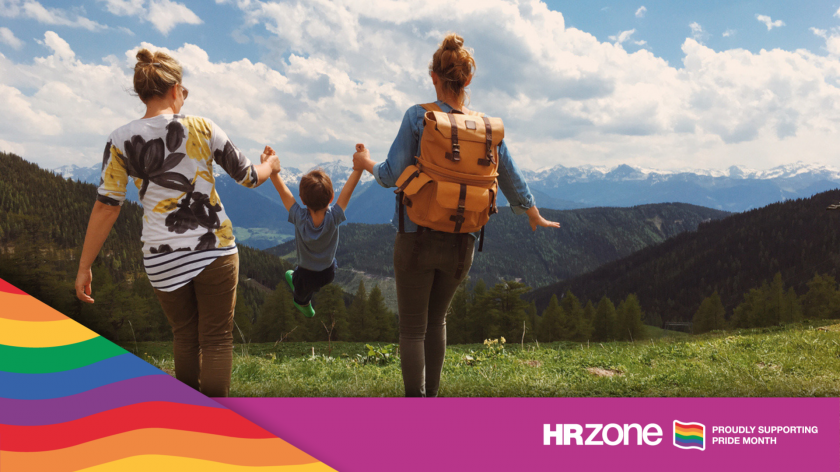 How HR can support LGBTQ+ parents in the workplace

There is a discrepancy in the rights afforded to LGBTQ+ couples in different parts of the world, particularly in relation to adopting or sharing custody of children. HR professionals who know their people, their backgrounds, and have a good understanding of their rights here in the UK could be very useful allies to these employees.

This Pride Month we’ve seen organisations be more visible than ever before in their support of the LGBTQ+ community, but one group that commonly feels excluded from the conversation is LGBTQ+ working parents. As we work to promote an inclusive environment for all in our organisations, we must not forget them – HR in particular has the power to be an effective ally for this marginalised group.

HR professionals who know their people, their backgrounds, and origin stories could well be a boon for LGBTQ+ couples who may not yet be aware of their full rights.

Despite much progress being made in the UK with regards to LGBTQ+ rights, one in three lesbian mothers in Britain has faced discrimination from other parents, and the same number say their children have been bullied for having two mums, according to a recent study of LGBTQ+ women. Homophobic hate crimes rose 25% in England and Wales in the year to March 2019 and three-fold since same-sex marriage was legalised in 2013. Meanwhile, two thirds of gay dads say they too have faced stigma.

While the problem remains persistent here in the UK, the climate is even more inhospitable elsewhere in Europe and across the world. It is crucial that HR professionals fully understand the rights and responsibilities to their LGBTQ+ colleagues, but also that they articulate that clearly and take action.

Although huge steps have been taken in the last 50 or so years since then Canadian Prime Minister, lawmaker and moderniser Pierre Trudeau stated in 1969 that, “the state has no place in the bedrooms of the nation”, we still have a great deal more to do.

Taking a quick glance across Europe and the rights afforded to LGBTQ+ people in various countries demonstrates the discrepancies, differences, and discrimination that still cover our continent. To illustrate, Germany, France, Spain and the UK permit both same-sex marriages and civil partnerships, whereas Switzerland and Italy currently only permit civil partnerships. Although in order to appreciate the dynamic nature of societal changes and the legislative subtleties involved, Switzerland, for example, is at present in the throes of legalising same-sex marriages.

Similarly, Germany, France, Spain, and the UK all allow for joint child custody and for LGBTQ+ couples to legally adopt children. Switzerland and Italy do not. To look at some other examples in Europe, Poland and Russia do not allow civil partnerships for same-sex couples, nor do they permit marriage, joint child custody or child adoption for LGBTQ+ couples, sadly much like China.

With this in mind, LGBTQ+ couples of mixed ethnicities or national origins could find the legislative freedom of the UK both uplifting and a (more than pleasant) surprise. HR professionals who know their people, their backgrounds, and origin stories could well be a boon for LGBTQ+ couples who may not yet be aware of their full rights in what for many could be a new social, cultural, and legislative environment. 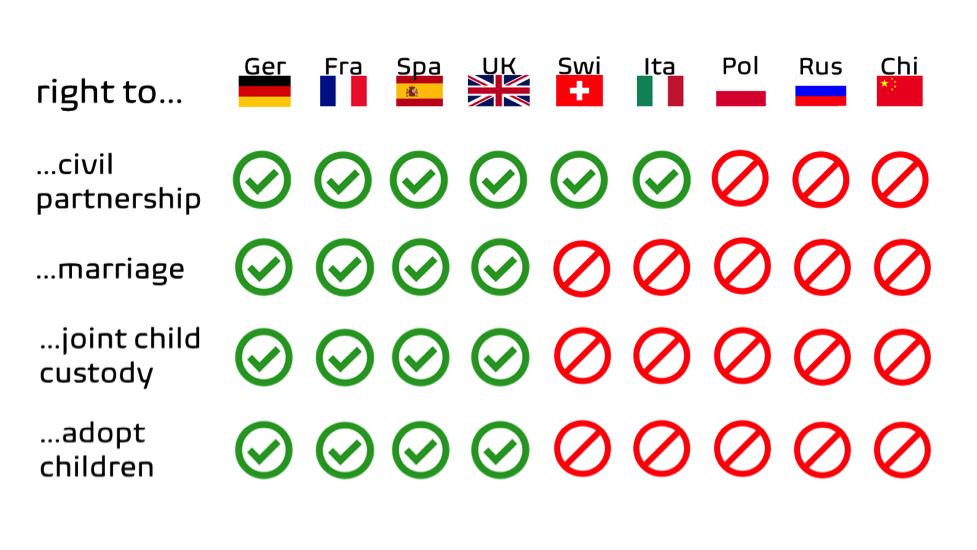 One such example is Eva, a marketing, social media and PR specialist, who arrived in London from Warsaw ten years ago.

Eva met and fell in love with Ada a few years before arriving in London. It was a surprise to both of them because she was utterly convinced of her heterosexuality. They worked together in the PR and marketing department of a well-known cosmetics company. It all began very innocently with the occasional friendly email. Then came the more frequent texts, longer phone calls, and a strong sense of intimacy. When they weren’t together Eva had a deeper feeling of longing and it was then she realised she had fallen in love with Ada.

Is she defined by her sexuality? Not at all. Absolutely not! After years of believing in heteronormativity, the issue of sexuality was not even on the table. Falling so madly in love with Ada, however, brought the issue home to her that human sexuality really is a non-binary spectrum. Strangely, being bisexual still seems to be met with the greatest level of confusion and concern, but despite not liking tags, she would align herself with pansexuality or sapiosexuality.

Eva believes that what really defines her is her role – in her family, in society, and at work, and whether she is good at what she does. She is mother to 12-year-old Seth who was the motivation for moving to England.

As with many loving couples, they wanted to ‘take the next step’ and have children. Sadly, same-sex partnerships are not recognised in Poland, and same-sex couples cannot adopt children – it as if your family does not exist. You are ignored, marginalised, and refused recognition.

Ironically, alone – as a single mother – Ada was permitted to adopt their baby who had mixed Polish-Nigerian roots. In order to seek recognition for their family and free themselves from the racial discrimination little Seth was receiving, they took the monumental, life-changing decision to get in a car and drive to England – 36 hours, two women, one baby, three cats and one dog.

Ten years in the UK and their family have never – not once – faced any racial or sexual discrimination of any kind.

When asked about what tips and advice she might pass on to LGBTQ+ parents in the workplace, Eva shakes her head. “There are no off-the-shelf solutions. Some people find it extremely difficult to talk about their family life at work, some people simply don’t want to, while others have no barriers in discussing their family dynamic. They key is to be open-minded and non-judgemental”.

Interested in this topic? Read The ‘rainbow ceiling’: why LGBTQ+ employees feel held back at work.