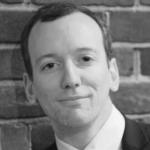 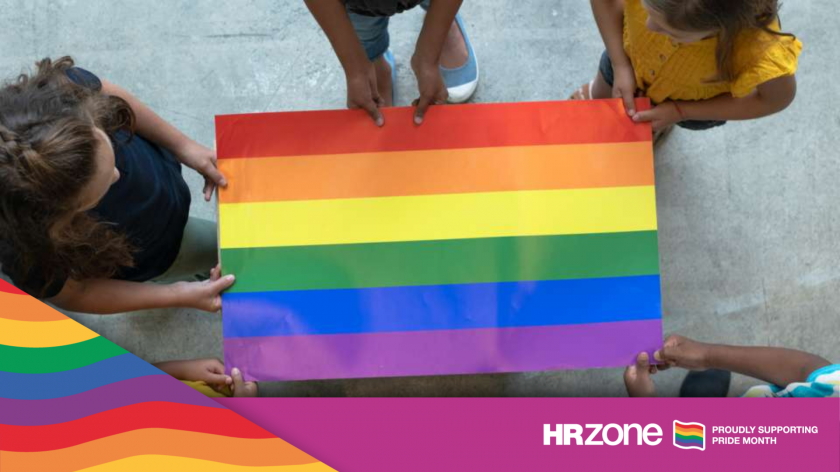 The ‘rainbow ceiling’: why LGBTQ+ employees feel held back at work

We’ve all heard of the ‘glass ceiling’ women face in their efforts to progress in the workplace, but is there a ‘rainbow ceiling’ creating a similar barrier for LGBTQ+ people? Here are some steps HR leaders can take to ensure their organisation creates equal opportunities for all employees.

As an openly gay man working in the HR software space, I’ve never attempted to hide my sexuality and have not experienced any direct form of homophobia from my colleagues. Despite this, when I look back at my experiences during my working life, I can’t help but feel that my sexuality has in some ways held me back, and that I have struggled to make an upward trajectory within business that I should.

Many people have referenced the ‘glass ceiling’ that woman in the workforce experience. Could there be a ‘rainbow ceiling’ that works in the same way for those of us in the LGBTQ+ community?

Criticism of my managerial style due to it not being as ‘directive’ as some of my straight male counterparts despite equal or better results, suggests that many leaders are unconsciously biased towards those who manage the same way they do.

This assumption is hard to investigate, as there is no ‘sexual orientation pay gap’ reporting legislation and not all companies even carry out the simple process of asking employees to record their sexual orientation to help with diversity identification. This makes investigating statistics that would outline potential inequity difficult to achieve. These two aspects aside, not all LGBTQ+ employees feel comfortable to be open in the workplace, so the identification becomes further complicated.

So (sadly) all I can do is try to explain why I have this feeling despite having always worked for companies that have proclaimed their focus on diversity and inclusion, and hopefully come up with a few practical pointers that could be implemented to help to prevent inequalities from either occurring or widening.

The natural path to progress to senior levels in organisations is by following the examples of role models or finding those who will champion you as a mentor. As a young, aspiring professional I would look to the senior levels and would not see anyone that I felt represented me. This led to a psychological barrier, a kind of ‘they’ll never promote me to that level, because they obviously never do promote gay people to that level’.

Equally, I have never received an approach to offer me mentoring opportunities – perhaps a combination of lack of progressive mentoring schemes, but also I feel a lack of understanding of how to communicate with me, due to the exclusive conversations that occur.

When I use the term ‘exclusive conversations’, I’m talking about things like the Monday morning focus on the ‘match’, the executive team’s invitation for senior colleagues to join them on the golf course, the constant use of sporting metaphors in company meetings.

I’m not remotely suggesting that every gay man has a dislike for sports, but I would venture to say that a large proportion of us are not great fans, and do not follow a particular team on week by week basis. Therefore, I feel immediately disengaged when this type of conversation comes up. This can lead to colleagues deciding to not seek you out for the Monday morning conversation, feeling that you have nothing to contribute, or leave you stranded on the edge of a group whilst they discuss this topic in detail. With the larger percentage of straight males at the top levels of the companies I have worked for, it would appear that the issue would become greater, and the barriers to inclusive conversations would become larger.

It’s not just sport, however. Focus on ‘family and children’ can sometimes feel like an exclusion, but this can often be due to the lack of willingness for senior people within business to use the word ‘husband’ when talking to me, or opening up a conversation that might allow me to talk about any elements of my life that relates to my sexuality. When the Pride event occurs in London every year, it would have been nice for someone to ask if I had attended or enjoyed it, but either ignorance of the event, or fear of saying the wrong thing has meant this has never occurred.

There are other areas that also have contributed to this feeling. Criticism of my managerial style due to it not being as ‘directive’ as some of my straight male counterparts despite equal or better results, suggests that many leaders are unconsciously biased towards those who manage the same way they do.

Some conversations revealed a complete ignorance of the prejudice that exists – for example, I mentioned to a manager that my partner and I were getting married and he responded with confusion, asking, “which one of you will be the wife?” There was even one instance where a senior manager used the term ‘gay’ to reference a bad idea that was raised. Thankfully both of these instances are now years in the past.

So in conclusion – is there a rainbow glow to that glass ceiling? I can’t tell you that. Hopefully one day the stats will show me how my experience was an anomaly, and that other members of the LGBTQ+ community have not felt the way that I do, but I fear that this will not be the case.

More importantly, what can you do to help to challenge this?

Finally, when it comes around next week, feel free to say ‘happy Pride Month’.  The LGBTQ+ community still wants you to remember how many steps forward have been made, but we should all acknowledge how many more we still have to take together.

Bruce is an expert in HR Software, with a particular focus on Performance Management, Talent and Agile Execution of Business goals.  He is an advocate of the OKR Methodology and aims to help businesses understand how they can better help their employees to adjust to the changing world we all exist in.  He believes in the power of Software to...