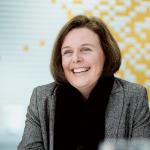 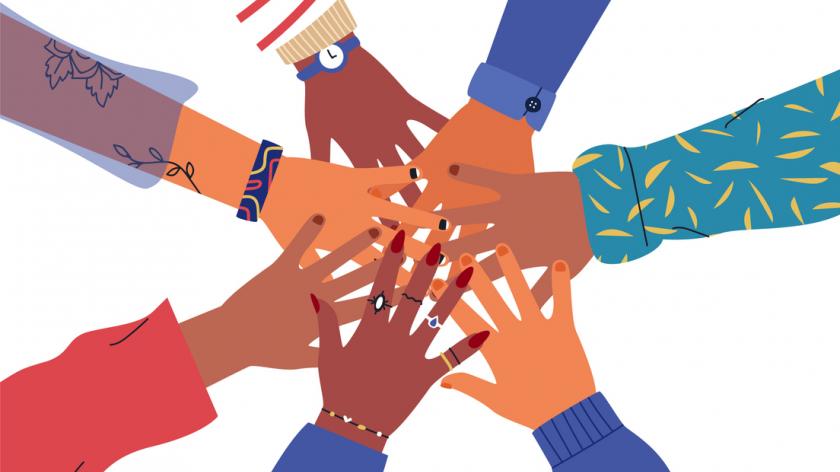 The boardroom is finally waking up to the issue of diversity and inclusion, but we still have a long way to go to challenge the systemic inequality that persists to this day. Part of this will be achieved by addressing unconscious bias.

There is just one openly gay CEO of a firm in the FTSE 100. His name is Antonio Simões and he leads HSBC UK. This is despite 6% of the UK population identifying as either LGBT+ or not heterosexual. It’s not just at the top where we have a problem, however. More than a third of LGBT+ staff have hidden or disguised their sexuality at work because they were afraid of discrimination.

The first step to dealing with it is to accept that we all suffer from it. It’s part of being human and affects us all day in terms of how people treat us and how we treat them.

The statistics sound bad, don’t they? They are. What sits behind the numbers is even worse, however. The stories of people who have to live lies, hide their real selves and feel unwelcome are stark. For example, I work with a talented graphic and digital designer called Gareth. He’s been very open about the fact he’s spent a large part of his working life having to hide his sexuality.

Initially, he told me, this was because it just “wasn’t the done thing”, but at one point, he had to actively conceal it. He spent two years in a business where he heard the word faggot as regularly as the word football. Prejudice was commonplace. It remains so in many firms, with one in eight trans people having been physically attacked by customers or colleagues simply for being who they are. This is unacceptable and utterly shameful.

Despite this, we’ve made progress. Diversity and inclusion is now a boardroom issue and two thirds of LGBT+ staff agree that their workplace has equalities policies that protect lesbian, gay and bi people at work. That figure could and should be a lot higher, but we do need to recognise how far the business community has come. Let’s remember that homosexuality was illegal within living memory.

This begs the question, where do those employers who’ve excelled at creating diverse and inclusive businesses go next? What can they do to lead the charge and be exemplary? The answer lies in tackling unconscious bias and constantly challenging deep-rooted and innate ways of thinking. This is vitally important if we’re to see further progress and to avoid a tick-box approach.

Unconscious bias comes from the fact that we’re all human. We all grew up with norms that have shifted, with ways of thinking that were once accepted. No number of policies or rules can change this. Only a new way of thinking can help.

This might sound difficult, or like hard work – perhaps even nebulous – but it’s not. The first step to dealing with it is to accept that we all suffer from it. It’s part of being human and affects us all day in terms of how people treat us and how we treat them.

As the workforce diversifies, it is our role as leaders to encourage our people to be more diverse in their thinking.

As an organisation committed to supporting equality and diversity both within Companies House and in the wider business community, we’ve worked hard to ensure unconscious bias is addressed. This can be as simple as ensuring that recruitment panels are representative. It’s been proven that we hire people in our own image, so this is a really simple win. We also need to challenge each other when we hear or see something that might constitute unconscious bias. Not because we want to blame someone, virtue flag or score points, but because we all need to learn from each other and know that we can be open and honest.

None of this is about hard and fast policies – it’s about creating a culture and way of thinking. It can include little things, like having a network of LGBT+ allies. These are people who have had training to understand unconscious bias and wear something small to show they can be approached to discuss an issue. In our case, they have rainbow lanyards.

Ironically, having these visual cues on show does more to create a welcoming workplace than many other measures. Just knowing the allies are available goes a long way towards making everyone feel welcome and they act as a prompt to always challenge ingrained thinking – and that’s the key. It’s about constant improvement and awareness, not just doing some training and forgetting about it, or writing a policy and filing it away.

While there remain some areas of British business that are woefully behind – there are no openly gay top-level footballers for example – for many organisations that have already done a lot of work on diversity and inclusion, it’s a matter of always being vigilant.

There are three things I believe to be essential in achieving this. Firstly, businesses need visible leadership on diversity and unconscious bias needs to be explicitly addressed, not alluded to. Secondly, culturally, we need to ensure people can be open, honest and supported. Thirdly, we need to constantly challenge ourselves to improve. That doesn’t mean reprimanding someone for their views. We all grew up in different communities, cultures, religions, family demographics; ingrained views and experiences are within us all and have helped to shape the people we are today.

Would we gain the required response by telling people that their views are wrong – views that they may have grown up around and have never considered any other viewpoint? No. This approach is not helpful as it can reinforce stereotypical viewpoints instead of encouraging positive challenge.

By explaining how actions, words or inactions are not inclusive and how they can make someone feel, we are facilitating discussions underpinned by diversity, empathy and compassion. As the workforce diversifies, it is our role as leaders to encourage our people to be more diverse in their thinking. Someone can’t do this unless they are educated on what unconscious bias actually looks like to another person, which is why we’re all committed to learning.

Everyone deserves to go to work as their real selves. No one deserves to worry about what might happen today because of who they are. Diverse and inclusive organisations are better for it. Understanding this has never been more important, particularly as we only just recently celebrated LGBT+ History Month.

Perhaps in years to come I’ll be able to write another article that opens with a celebration of the number of openly gay CEOs in the FTSE. I look forward to that day.

Michelle Wall is the finance director and champion for diversity and equality at Companies House, the government organisation responsible for registering company information.