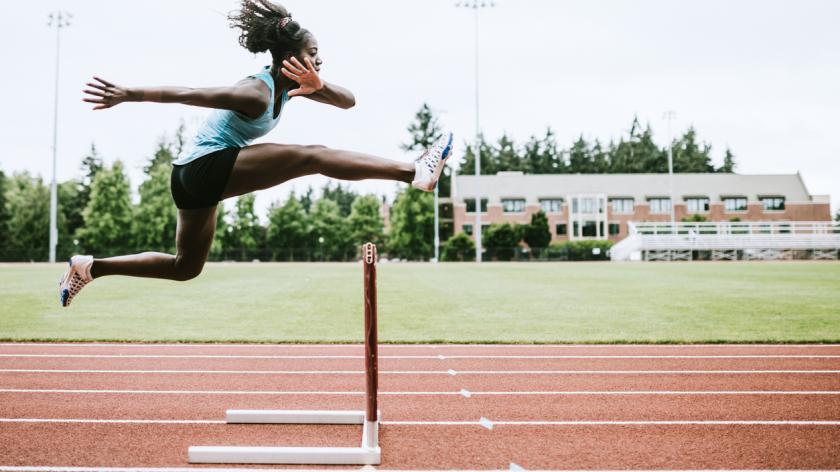 How unconscious bias means that we get in our own way

Are women's own unconscious biases stopping them from pursuing what they truly want in their lives?

Businesses are certainly beginning to understand how unconscious bias means that some groups of people may have to ‘jump higher’ for certain roles within their companies. What is talked about less is another, more internalised, form of bias.

The impact of this bias is that individuals may find that they themselves unconsciously get in their own way of success.

Our biases are closely linked to stereotypes – which is simply the brain’s way of categorising information. Stereotyping is a universal human trait. To be human is to categorise information both consciously and unconsciously.

It helps us to understand and process the complexity of the world around us. We categorise information based on our own lived experience and the representation of other people’s experience via cultural and media messaging.

When women hear, and unconsciously absorb, the stereotypes about women’s capabilities and desires, we start to act out these stereotypes doubting ourselves and also doubting other women.

The problem is that the world doesn’t fit neatly into boxes and the stereotypes around some identities can be incredibly harmful.

Harvard’s Gender / Career Implicit Bias test shows how a majority of participants have an association between male and career, and female and family. This gets in the way for women at work because, in an interview situation, a woman would need to lose the family association and gain the career association through her answers to the interview questions before it is a level playing field between her and a man going for the same role.

Absorbing messages about our own identities

Rather than discussing further the ways in which these stereotypes may get in the way when we are interviewing someone or picking someone for a project, I want to explore the stereotypes we may hold about ourselves.

Put simply, we have a tendency to (unconsciously) absorb the dominant cultural messages about the groups to which we belong.

How does this manifest in our behaviour?

When women hear, and unconsciously absorb, the stereotypes (and sometimes downright lies) about women’s capabilities and desires, we start to act out these stereotypes doubting ourselves and also doubting other women.

Women who internalise sexism aren’t involved in blatantly sexist behaviour, rather “they undervalue their talents, undermine other women and unwittingly bolster a boys’ club that has a long history of policing women’s bodies, curtailing women’s choices and protecting its own power” says journalist Alia E. Dastagir in USA Today.

Furthermore, according to Christina Lopez in the book Beyond the Divide: Men and Women Learning from Each Other, we sometimes think that ‘society’ or ‘someone’ is oppressing us when it is often our own unconscious value system that skews how we respond to things.

Sheryl Sandberg famously demanded that women ‘lean in’, acknowledging a phenomenon whereby many women, without really realising it, stopped reaching for new opportunities. In 2016, only 11.4% of nurses were male – with continued stereotyping thought to be to blame.

Fixing the woman or fixing the system?

I don’t want to add to the body of writing out there perpetuating that it is the woman that needs fixing for women’s challenges in the workplace to be solved.

Rather I’m arguing that this is a systemic issue. We can’t ‘blame’ a woman for unconsciously holding herself or a female member in her team back, just as we can’t ‘blame’ men for any unconscious associations they have.

And it is true that the same gendered career and family associations that serve men well in the workplace, often create challenges at home.

What we can ‘blame’ – if indeed we need to blame anything – is the system which perpetuates and then reinforces the stereotypes.

Here are three ways to help you tackle your unconscious beliefs about women in the workplace:

Challenge yourself to understand your own bias and the stories that you make up about your own identity.

It’s an uncomfortable unravelling, and the huge advantage of it may be that you can identify what you truly want from your life rather than what you have learnt to want.

2. Forgive yourself, but don’t let yourself off the hook

Remind yourself it is normal and human to stereotype, but also that the brain is plastic and our belief systems can be challenged.

3. Expose yourself to the opposite of the stereotype

This can be done by a bit of desk research or by getting out there and mixing with different people.

I remember creating a moodboard of female founders when I started my own business – I really had to tackle my own demons about the ‘type’ of woman who would run a business. (And yes, my stereotypes caused me to judge other women unfairly and also to stop myself doing what I longed to do for a long time).

This is why mentoring schemes can work so well for underrepresented groups – you are literally seeing the opposite of the stereotype (if chosen well).

Show a returning mother another ‘successful’ working mother working at a senior level, and she may well start to question her (possibly unconscious) belief that working mothers can’t be senior in this organisation.

Both take patience and time. But it all starts with taking responsibility for the role that you may be inadvertently playing in perpetuating that system and taking steps to change that.

Roxanne is the founder of The Hobbs Consultancy, which was born out of a sense that corporations must be able to do more to support women through key transitions in the workplace.  Working at Managing Partner level in the media industry, she saw for herself the challenges that women face – specifically in the step up in to leadership and also...