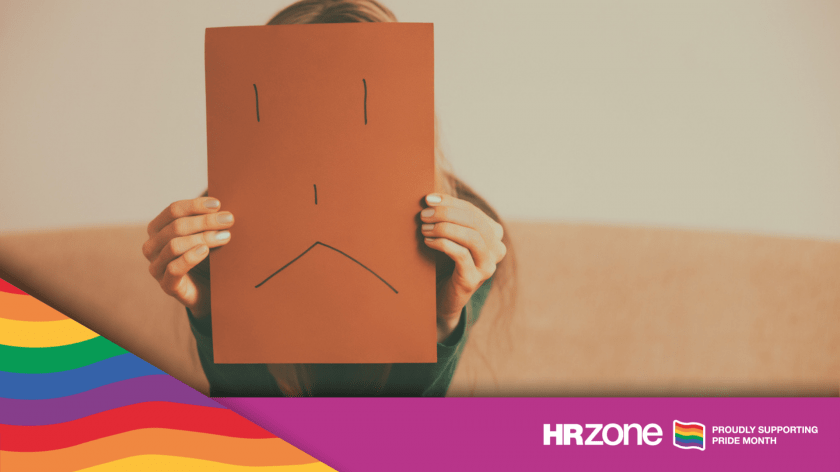 Young, keen, LGBTQ+ and proud… and going back in the closet to start their careers

As we hope, tentatively, to move past Covid face masks, why should so many young LGBTQ+ people still feel they have to wear an orientation mask, particularly when starting their careers?

“I’ve been out and proud since school and all through University. In fact I was never ‘in’. But when I started a career, I went into the closet. It was the only way to progress in a structured profession," said a young man I spoke to at a diversity and inclusion conference, shortly before lockdown. I was startled to hear a bright, insightful, empathetic young person – in the 21st century – talk so matter of factly about feeling they had to hide their orientation. Call me naïve, but I was shocked when he continued:

“Then I found I’m not alone. Almost 2/3 of LGBTQ+ graduates go back ‘into the closet’ when they enter the job market. That’s the reality, unless you’re lucky to work in an enlightened company – but even then you can’t take it for granted.”

How much are we taking for granted that LGBTQ+ colleagues are able to be themselves, openly, at work? Has the experience of young people in recent years stalled the progress of the previous 30 years?

As one colleague and friend put it: “Young people graduating now have the weight of student loans, years of recession, and now the pandemic on them – they would rather hide this part of themselves in order to succeed.”

But surely LGBTQ+ is an aspect of diversity and inclusion where we’ve seen great improvements. Is it really that prevalent? Sadly, yes.

At a most fundamental level of self, too many companies are failing young LGBTQ+ people.

Going back into the closet when entering work

YouGov research in 2015, quoted here by StoneWall Scotland, found 61% of LGBTQ+ people who were open about their identity before starting their first job went ‘back in the closet’ when they started work.

Comprehensive international research from Vodafone and OutNow, in 2018, found that:

How easy is it for people to take part fully in their work without feeling forced to disguise their essential identity for fear of career limitation and physical threat?

The numbers from Stonewall and YouGov’s 2018 research ‘LGBT in Britain – Work Report’  paint a grim picture:

In the last year the experience for many young LGBTQ+ people around the world has been even more constrained by having to return home to live with family during lockdown. Imagine the relief of finding how to be yourself at university, only to hide again and mask your identity. Or, as is the case for some young people, imagine being pushed to confront your parents' denial or community's intolerance.

The LA Times quotes a University of Missouri student, Afua Owusu-Agyeman: “I don’t think it can be underestimated how much that this can crush your spirit being told every day that it is not OK to be yourself.”

Why belonging is so important

A sense of belonging is the easy overlap of ‘me’ as an individual and ‘us’ as the group we are part of. Being confident and productive within the group requires us to feel confident and whole as ourselves. Feeling accepted and valued makes it possible to contribute at our best.

Every bit of restraint, bullying, snide comment or deliberately curtailed career development, prevents both ‘me’ and ‘us’ from thriving. At a most fundamental level of self, too many companies are failing young LGBTQ+ people.

Showing support and helping to raise awareness of LGBTQ+ issues during Pride Month helps. But far more than this, business leaders must consistently show they value LGBTQ+ young people for who they are and what they can contribute.

As the young chap I met at the conference said:

“We should be seeing progress, making it easier for young LGBTQ+ people to be who they are at work. Instead we’re seeing hiding of sexuality, serious mental health issues, depression, suicides, all go up. And it doesn’t take a genius to see that companies’ performance will go down, if they don’t get the most out of talented young people keen to make their mark.”

Interested in this topic? Read 'The ‘rainbow ceiling’: why LGBTQ+ employees feel held back at work.'