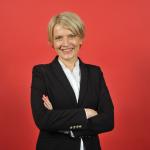 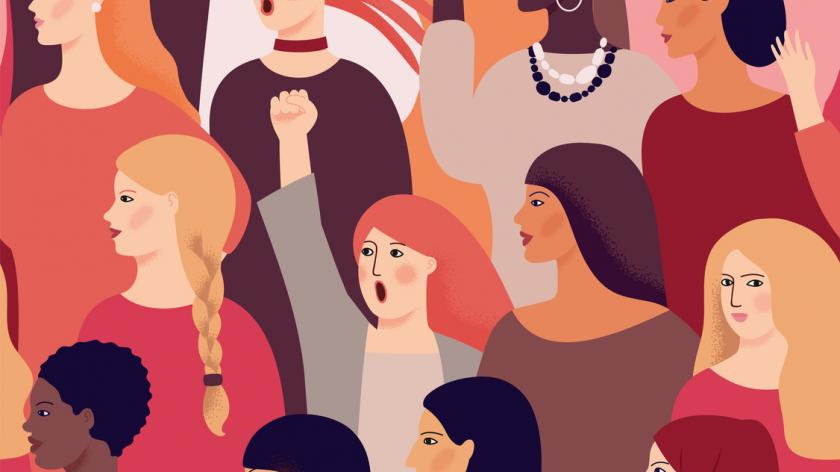 This year, International Women’s Day (8 March 2021) is running with the theme #ChooseToChallenge and there could not be a more apposite time for this. As we rebuild our economy and our organisational strategies following last year’s disruption, we must ensure that workplace inequality is addressed and that female talent is able to shine.

In most companies, decision-making roles are still predominantly held by men, with official UK government figures stating that only one third of FTSE board members are women, although this is up from 12.5% less than a decade ago. While progress is welcome, digging further into the data reveals just how deep the levels of inequality still are. Only 15% of FTSE finance directors are women, and widening the perspective to FTSE 250 companies reveals boards that are still over 70% male.

By creating a strategy that builds a female talent pipeline, organisations will put themselves in a strong position.

What’s more, only 20% of directors in AIM UK 50 firms are female, according to recent research. The same study indicated that, while the proportion of female directors has risen 2% over the previous 12 months, “this shift is almost entirely driven by non-executive directors, rather than executives”.

The realisation of equality, therefore, remains elusive but is key to building progressive societies where people have the same opportunity to succeed in their chosen career based on merit. It’s also worth reiterating that diverse leadership teams have proven their value. A recent study from management firm, McKinsey, found that companies in the top quartile for gender and ethnic diversity are 35% more likely to have financial returns above the industry average. This is because diversity is a proven asset in relation to brand image, as well as customer, shareholder and employee satisfaction.

This begs a simple question, and one ideally suited to the #ChooseToChallenge theme of International Women’s Day 2021: why do these inequalities remain?

A question of attitude

In 2019, the reasons given by FTSE 350 companies for not delivering boardroom equality were described as 'pitiful and patronising' by a government minister. Published in an official report, the excuses provided by executives revealed a remarkable level of ignorance and deeply embedded discriminatory attitudes that illustrate the barriers still in front of women seeking leadership roles.

Included in a range of expedient reasoning, executives were quoted as saying:

“We have one woman already on the board, so we are done – it is someone else’s turn”.

“Shareholders just aren’t interested in the make-up of the board, so why should we be?”

“Most women don’t want the hassle or pressure of sitting on a board”.

Aside from the obvious issues here, the other problem is that this belief system simply doesn’t stand up to scrutiny. Consider Dame Emma Walmsley, for instance, who has been CEO at GlaxoSmithKline (GSK) – a company generating £34bn in revenue –  since 2010, or Dame Carolynn McCall who has held the reins at ITV since 2018. Despite evidence to the contrary, antiquated bias appears to remain the prevailing view among male executives in the UK’s biggest companies. Against that backdrop, #ChooseToChallenge is an apposite hashtag.

Reasons for change, however, extend beyond achieving basic equal opportunities. For very sound business reasons, creating diverse leadership teams should be a top priority for every organisation, who should provide all employees – regardless of gender or any other discriminatory construct – with well-defined development opportunities to help them grow professionally and advance their careers. Delivering this proactive change depends on several key priorities.

It should go without saying that female employees should be on an equal pay footing with their male counterparts. Calculating the extent to which gaps exist in modern organisations remains a challenge in itself, and the fact that guidance is available to help business leaders understand the degree of disparity underlines the severity of the problem.

Also of concern is whether the UK government will continue to commit to gender pay gap reporting, a system which is less than five years old, but revealed in 2019 that 80% of British companies paid men more than women.

Despite the deeply embedded nature of this issue, businesses need to acknowledge the existence of the problem, understand whether they are operating a gender pay gap and then take immediate corrective steps.

2. Acknowledge and deal with unconscious bias

Gender bias can impact hiring and promotion decisions, with some people making choices based on latent, incorrect assumptions. Indeed, the issue of unconscious bias has been in the news recently, when the UK chair of KPMG stepped aside having told staff that, among other things, “there is no such thing as unconscious bias”.

His former employer quickly went on the record saying they were committed to unconscious bias training, and for those who understand the concept and the negative impact it can have, training for those involved in pay and promotions processes is integral to equal opportunities.

Once companies identify underlying assumptions, processes can be reviewed to ensure they are useful and accurate. Gendered assumptions need to be uncovered, tested and reframed. Those in the manager’s seat need to be aware of the benefits of diversity and ensure they are not just awarding promotions or pay rises to those who fit their preconceptions of what is required to succeed.

Some companies try to convince themselves that they are making gender-diversity progress by creating succession-planning lists that feature a few female candidates. It’s important, however, to understand that if there aren’t enough female candidates to fill a role, steps should be taken to address the issue in the short and long term.

This should include programmes that identify, support and develop female talent. Atos is an example of a business that used succession planning to improve gender balance, making a positive difference to female representation at management levels. For the vast majority of organisations whose leadership team are mostly male, a robust succession planning strategy can help ensure that, in years to come, the boardroom is more reflective of society.

By creating a strategy that builds a female talent pipeline, organisations will put themselves in a strong position not just to address the ongoing workplace inequality that limit the careers of many exceptional women, but also deliver the undoubted business benefits that focusing on talent and ability, irrespective of gender, can deliver. This is something we should all aspire and work towards this International Women’s Day.

Interested in this topic? Read Women in leadership: why female mentorship matters.