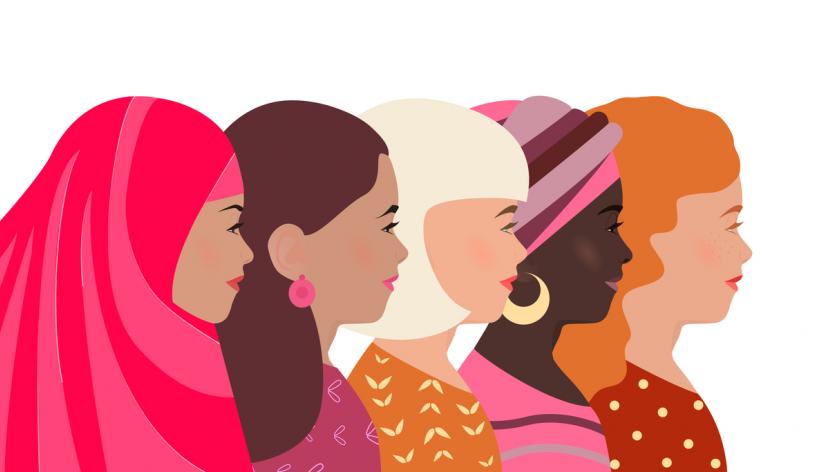 Women are great leaders – the data says so

When looking at the data on women in top positions we can challenge some of the more traditional views and myths about women as effective leaders.

It's no longer considered responsible, ethical or profitable to keep on running things the way they always have been. Leading an organisation today is much more challenging: markets are changing rapidly, new ideas and competitors are springing up, and customers have different expectations.

Social media and the accessibility of information mean a leader is no longer a nebulous name in the annual accounts, but a person who is in the public eye and who will be called out for what is judged to be poor behaviour.

Women take heart: not only can you lead, you are doing it.

One way to change ideas of what good leadership looks like is to pay more attention to what is actually effective rather than what has been expected.

Speaking to Forbes Sacha Romanovitch, the first woman CEO of accounting and consulting company Grant Thornton UK, says "Established notions of leadership are letting women down. The ‘hero model’ of leadership, where the individual commanding must be perfect and the job all-consuming, is still extremely prevalent, whilst more collaborative and inclusive forms of leadership are overlooked."

Management Research Group (MRG) has studied behaviours and competencies in 13,100 leaders from more than 15 countries and found that women place more emphasis on three clusters of skills:

By contrast, MRG found that men believe leadership is about:

What makes an effective leader?

Which ‘brand’ of leader is most effective? When you look at the data it's hard to understand why traditional men continue to dominate leadership when women (and men with 'feminine' skills) actually outperform them.

Assessed for competency by their bosses, their peers and their direct reports, women were rated higher than men on 12 out of the 22 skills measured by MRG. Including various forms of interpersonal effectiveness and credibility, and the two overarching leadership skills: overall effectiveness and future potential.

Men scored equally with women on seven and were rated higher than women on just three leadership competencies: business aptitude, financial understanding and ability to see the big picture. (Note: the criteria for promotion commonly cover many skills, but these are usually set as the key determinants for promotion.)

In other research, leadership development consultancy Zenger Folkman analysed feedback on nearly 16,000 male and female leaders worldwide and found that women were rated 3% higher on overall effectiveness, compared with men. (This may not seem an impressive advantage, but on a sample of this size it is statistically significant.)

This is powerful evidence of how stereotypes about female leaders override evidence of actual effectiveness: the media and myths override the facts.

Women take heart: not only can you lead, you are doing it.

These definitions are close to, though not exactly the same as, Carol Dweck's ‘fixed’ and ‘growth’ mindsets. People in a growth mindset tend to focus on improving, learning and effort; while people in a fixed mindset assume that abilities are based more on inborn talents and traits and are unlikely to change.

Women can start to combat stereotypes by owning their successes and not internalising failures.

When people approach leadership (or work) with a growth mindset they seek challenges and welcome feedback. In contrast, when in a fixed mindset they strive to prove themselves to others, using their existing skills. This means they tend to avoid feedback and criticism, and usually select tasks at which they can look good and succeed.

Zenger Folkman’s research indicates that women appear to have a valuable ability to keep improving. According to Bob Sherwin, COO of Zenger Folkman, women's significant improvement after the age of 40 can be attributed to achievements in a competency called ‘Practicing Self Development’. This is a measure of the extent to which people ask for feedback and make changes based upon it.

Men get worse at doing this as they get older. Women get better at it.

How do women leaders impact the bottom line?

A 2016 study by the Peterson Institute for International Economics and EY analysed results from 21,980 publicly traded companies in 91 countries and found that having women in at least 30% of leadership positions adds 6% to net profit margin.

According to McKinsey, companies across all sectors with the most women on their boards of directors consistently outperform those with no female board members – by 41% in terms of return on equity, and by 56% in terms of operating results.

What to do until your organisation catches up…

If you are reading this and thinking "That’s not my organisation", here are some ways you can practice leadership and get recognition.

Because decisions on who gets into leadership positions tend to be based on a stereotyped view of women’s behaviour and abilities, if decision-makers have limited knowledge of how you really work they will make stereotypical assumptions. These assumptions are decreased when people get to know you personally (you're an engineer with deep expertise and a loud laugh, rather than the woman doing a male job).

2. Be known for something

Excelling at a specialty or carrying out a high-profile initiative, ‘your way’ is a good way to become known and acquire experience. "Dare the difference," as Christine Lagarde Managing Director of the International Monetary Fund, advises. But she says to do so skilfully. Don’t just do it casually; and never confuse "being authentic" with "fatal flaws" such as treating people poorly.

Be consistent in seeking high-visibility assignments and speaking up during meetings. Also find a mentor who can help make you even more visible.

Women can start to combat stereotypes by owning their successes and not internalising failures. Stop waiting until you satisfy every requirement to apply for a leadership role. Talk positively about your achievements, if only to yourself, and take credit for your successes.

When women promote their accomplishments they’re often seen as pushy and self-promoting. So it can help to build an informal, mixed-gender group of peers (sometimes called a posse), that deliberately promotes its members’ accomplishments. It may sound all-American, but it's effective!

6. Ask for your dues

If you're repeatedly given the difficult clients or passed over for the experience building projects, develop a strategy to ask for what you are due, using clear and effective communication. A manager we know emphasised the importance of clarity. The best strategy, she noted, is being clear. "The first choice that I made was to be myself and to be transparent," she said.

So there is a strong case for women leaders (and men practising the mix of competencies above) to stand tall, be proud and stick to their way of leading.