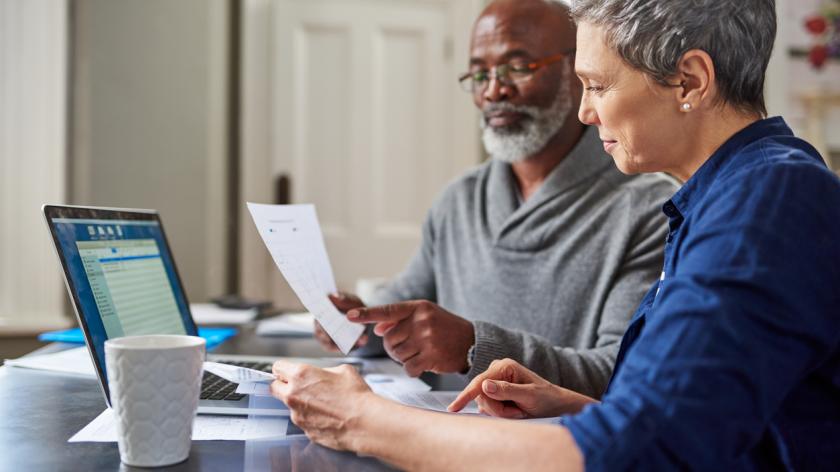 Why you must not overlook financial wellbeing for older workers

We have a greater number of older employees than ever before in our workforce, so it’s essential that employers get to grips with their financial wellbeing needs and communicate effectively with them.

Hidden among the vast number of articles on workplace wellbeing, you’ll find very few that discuss older workers. This is a clear oversight, considering that the over 50s are predicted to make up 35% of the US workforce by 2022. By 2050, one in six people globally will be over the age of 65 (compared to just one in eleven last year). Ageing is one of the megatrends impacting on world societies and the labour market – especially in Europe where ageing is at its most dramatic as around 20% of the EU is over the age of 65.

As retirement and work are longer mutually exclusive, more than 69% of employees over 55 say they expect to be working during retirement.

It’s a common misconception that older and younger workers want different things. Older workers tend to seek out employers whose vision and values match their own. They also want opportunities to train and be promoted – just like every other employee.

A survey of more than 12,000 workers over the age of 50 on behalf of the Department for Business, Energy and Industrial Strategy, found that 78% of older works also want more flexible working. Among the most important motives for those employees wanting to work beyond retirement age are reported to be for their good health and their finances.

In the largest study of its kind to date (7 million people), the Yale School of Public Health found evidence that ageism harms the health and wellbeing of older people in 45 countries. Ageism can lead to worse outcomes in mental health, physical health and even shorter life expectancy. The study also found that ageism was impacting older people’s ability to ask for help or seek treatment for heath conditions.

It feels like we are in the infancy of what might be a retirement crisis. Over the next few decades, more and more older workers will slip into poverty.

I’ve written before about the negative impact on an employee’s wellbeing other forms of discrimination can have. Ageism is no different and is also linked with adverse health outcomes. According to The Lancet, those who perceive age discrimination in their lives have been found to be more likely to report fair or poor health and depressive symptoms than those who did not perceive age discrimination. If we look at financial wellbeing in particular, differences in financial wellbeing by gender and race/ethnicity are larger at older ages. This means that the diversity of our people not only affects their financial wellbeing, but as they get older, this diversity is impacted further.

Many women find saving for retirement a huge task. This is not surprising when you consider how much of a disadvantage they have been at for so long. Across all age groups, women have significantly less income in retirement than men. For women aged over 65, their income is typically 25% less than men. As a result, women are 80% more likely to be living in poverty at age 65 or over than men are. So, while it’s important that your wellbeing strategies accommodate the challenges women in particular have, you also need to accommodate those that are yet to come as your female employees reach retirement age.

According to the Office for National Statistics, more than half of the annual increase in the workforce last year came from the over 65s. As retirement and work are longer mutually exclusive, more than 69% of employees over 55 say they expect to be working during retirement. Around 1 in 4 over 62 year olds say they struggle to pay for the basics and report being financially insecure.

Money is a key factor that shapes the quality of our later lives. Among older adults, high levels of financial knowledge and skills are positively correlated with overall financial wellbeing. The financial wellbeing of the over 50s is a powerful indicator of their mental wellbeing too. Data from the UK’s largest social survey has found that those people who are struggling with their finances in old age have eight times the odds of having reduced levels of mental wellbeing – even when controlling for other factors.

With the number of older workers increasing year on year, employers must consider the specific wellbeing needs of their older workers. With the UK state pension age being raised to 68 for people like me, it’s likely I’ll be working for another 30 years with at least a decade of that while I’m in my 60s.

Take retirement savings for example, Royal London say that the over 60s are throwing away more than £1.75bn in retirement savings by opting out of their pensions. For the over 60s, opt out rates are more than double the rest of the workforce with almost 1 in 4 choosing to opt out. The vast majority of employers I meet don’t segment their pensions or retirement communications for older workers, however. You’ll get the same email if you are 20 years or 60, yet the motivations and plans for each will be very different.

It feels like we are in the infancy of what might be a retirement crisis. Over the next few decades, more and more older workers will slip into poverty. We will then have a situation where older people can’t physically work as much, but are too poor not to. Now is the time for older workers to take action. For those in their 60s, they are still likely to be ten years from retirement and its not to late for them to engage in their options, educate themselves further or seek advice. Doing nothing is not a risk many older workers can afford to take, but they need your help.

For it to be effective, any workplace financial wellbeing strategy must cater for the diversity of your organisation. With up to 30 years more experience under their belt and a competitive job market, older workers are becoming highly valued. Accommodating the wellbeing needs and challenges of the over 60s is not just about looking after your employees, it’s about finding and retaining some of the best and most experienced talent available.

Interested in this topic? Read Why age diversity is important for business.