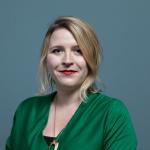 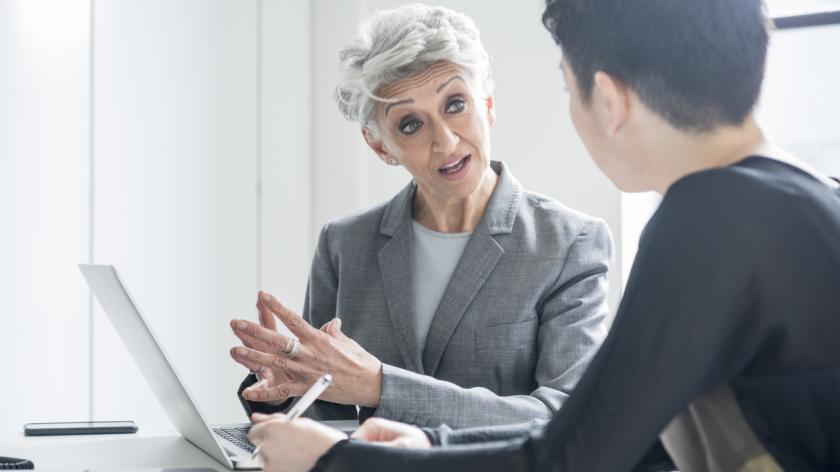 Inclusion at work: the future is female – and older

Women in their 50s and 60s are making up a bigger part of the workforce than ever before and yet very few employers are equipped to support their wellbeing needs.

Britain’s workforce is changing, and it’s changing fast. New figures last month showed that in the last 20 years, the number of women working in their 50s and 60s has risen by a staggering 75%.

For the first time, too, the number of women aged 60-64 in work is higher than the number who are economically inactive, and the average age of retirement for women is now just a year below that of men. There are now 4.8 million women working in their 50s and 60s.

This trend is only going to accelerate. We’re living many years longer than generations before us, and that means we’re working for longer too.

370,000 women had left work, or were considering leaving, because they were struggling to deal with the symptoms of the menopause in the workplace.

The growing older workforce is a real opportunity for employers to recruit from a diverse pool of skilled, experienced workers – especially for businesses facing acute skill shortages in the years to come.

Unfortunately – and this is particularly true when it comes to women – those in later life are too often not properly supported at work.

If employers are to make the most of this pool of talent, it’s crucial that they understand the needs of their women employees in their 50s and 60s, and are properly equipped to meet them. The time for ignoring and marginalising older women in the workplace has to end.

Supporting women in the workplace

This is a diverse group of employees, and there’s no one-size-fits-all approach. There are, however, several issues faced by large numbers of women, who can suffer in the workplace as a result.

Small adjustments can make a huge difference. These might be as simple as somebody being able to have their phone near them in case they’re needed, or it might mean altering someone’s working hours so they’re able to be at home when they need to be.

For some women, these small changes can make the difference between being locked out of work and being in stable, fulfilling employment.

Change has to come from the top when it comes to tackling these issues: it’s the responsibility of managers to make it clear that ageism and sexism won’t be tolerated.

Not all women experience menopause in the same way, but small adjustments like making desk fans available could make a big difference to some women’s comfort and ability to function in the workplace.

A huge part of the problem, as our own research has found, is that people don’t feel able to talk about it, meaning they’re not able to request the support that they need.

A 2011 study showed that 20% of women experiencing menopause said it had a negative impact on their manager’s perception of their competence at work. Managers have a real responsibility to create an open, supportive culture where people feel able to disclose their health issues and have their needs met.

When it comes to culture, it’s also vital that organisations tackle the sexism and ageism that is still all too common in the workplace.

These ingrained attitudes often go unnoticed, but they can create a toxic environment for older women at work, having a seriously damaging impact on their mental health and their performance.

Change has to come from the top when it comes to tackling these issues: it’s the responsibility of managers to make it clear that ageism and sexism won’t be tolerated. It’s also crucial that the structures of our workplaces reflect the age and gender diversity of the workforce, and that older women’s voices are heard at every level of the organisation.

We must also remember that older women workers aren’t a homogenous group – for example, those who are LGBT+ or from a black or ethnic minority background will face different issues that employers need to be aware of and sensitive to.

For example, we know that lesbian and bisexual women over 50 are more likely to experience mental health problems than their heterosexual peers.

Longer working lives are an exciting opportunity for businesses looking to recruit a diverse, skilled workforce. There’s some evidence that mixed-age teams perform particularly well, and we know that older workers really value the opportunity to mentor and share learning with their younger colleagues.

Supporting people to stay in work for longer is also essential to the future of the UK’s economy, relieving pressure on public services and boosting tax receipts.

If we’re going to make the most of the changing demographics of the workforce, however, we need to make sure that our workplaces are age-friendly, and ensure that managers are equipped to support those working in their 50s and 60s.

Making adjustments like flexible working and a more supportive culture don’t just benefit older women at work, but all employees – and will be central to making our workplaces genuinely fit for the future.

Interested in this topic? Read Recruitment: why age-friendly employment is a win-win for everyone.

At the Centre for Ageing Better, Emily is responsible for overseeing all of the evidence work under the priority goal of ‘Fulfilling work’.

Before joining Ageing Better, Emily was an Associate Director at the Institute for Government, where she spent two years leading their Performance Tracker – a data driven analysis of nine key public...