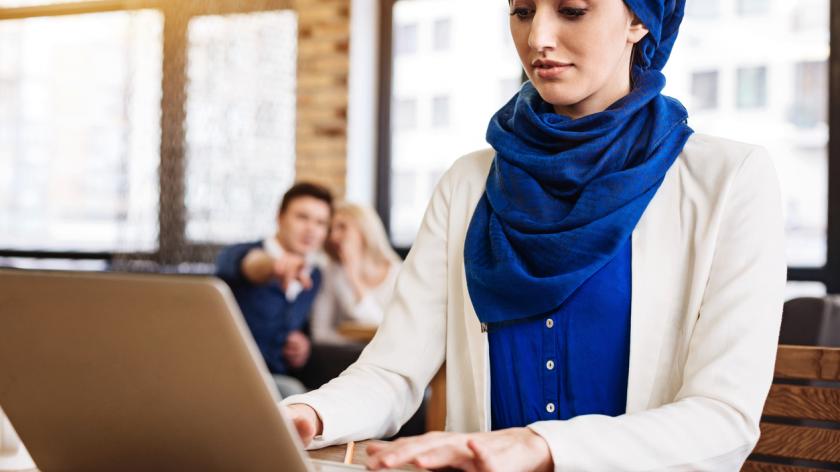 Micro-behaviours: what they are and how they impact inclusion

In the first part of a content series on micro-behaviours in the workplace, Jan Hills of consultancy Head Heart + Brain looks at how, despite many companies being focused on creating an inclusive culture, there are behaviours which are proving difficult to tackle. This is because, much like unconscious biases, they happen largely outside of awareness.

Micro-behaviours were first researched and written about by Mary Rowe, a professor at the Sloan School of Management at MIT in 1972. She described them as 'micro-inequities' and acknowledged that victims, bystanders and leaders alike find it hard to identify them.

Without knowing it, we spend years learning stereotypes which become the foundation of our prejudices – our biased thinking. The first step is to realise that this can be a problem.

When the targets of micro-inequities do recognise the micro-messages, they find it exceedingly hard to explain to other people why these small behaviours can be a huge problem. Since they are small behaviours, it's easy to belittle their effect, and hard to call out their impact.

In the research for our book Brain-savvy Woman we found organisations were struggling to bring micro-inequalities and their impact to the attention of leaders. These habits of mind and behaviour impact on how included employees feel, the opportunities they have and the sense of belonging they experience.

Where do micro-behaviours come from?

Nobel laureate psychologist and founder of behavioural economics Daniel Kahneman demonstrated that what he calls the 'System 1' part of the brain works automatically, without effort and outside of our conscious control. According to neuroscientist EricKandel, this unconscious processing accounts for 80-90% of how our mind works. This is bias at its most basic.

Without knowing it, we spend years learning stereotypes which become the foundation of our prejudices – our biased thinking. The first step is to realise that this can be a problem. Unfortunately, that isn’t always easy. We're all happy to believe that other people may be biased, but we resist any suggestion that we may be biased ourselves. So it's not surprising that it's so difficult to identify positive results from 'diversity training'. (Some researchers are beginning to suggest that such training can actually be counterproductive.)

Micro-messages are minute gestures, facial expressions, posture, words, tone of voice and assumptions which are often at the root of whether people feel there is a sense of inclusion (or exclusion).

Even when we don’t notice these behaviours consciously our unconscious brain picks them up. They are the things that create the threat or reward response in the brain: whether you feel reward and included or threat and excluded, will depend on whether there is a tone of irritation or welcome in the voice when someone speaks to you in a meeting, for example. Or a dismissive hand wave rather than a nod of welcome at your suggestion.

Negative micro-messages are subtle and often unconscious, and as such can be difficult to challenge and change: 'what? I didn't say anything!' can be the come-back. Due to the fact that these are very small behaviours, it's easy to dismiss any response to them as a lack of robustness, and 'being over-sensitive'.

Many of our intensions, thoughts and feelings are less obvious than we think they are. This illusion of transparency means people misread behaviour especially when they are feeling a sense of threat. Micro-behaviours signalling exclusion are open to misreading.

In addition, because of our bias to notice threat a leader may not have done anything to make people feel excluded, but if they are not signalling micro-inclusive behaviours that actively include the result is probably feelings of exclusion. It’s not good enough to be passive, because when people are not sure what you mean they will typically assume you were excluding them.

Many HR leaders we discussed this with were at a loss to deal with micro-messaging. Like unconscious bias, awareness can help people understand what happens but will not stop it.

Micro-messages happen (in our experience) in two broad contexts: in meetings and other gatherings, such as off sites, team events and everyday interactions between employees. They also happen in more formal settings like reviews, performance and talent calibrations and promotion discussions.

The context influences the methods for dealing with this issue but both broad contexts have common elements. Micro-inequalities are most likely to happen when leaders are making decisions quickly without reflection, when stressed, when they are eager to close an issue off, or are multi-tasking.

Interested in this topic? Read Diversity and inclusion: Waking up to your privilege to help tackle unconscious bias.