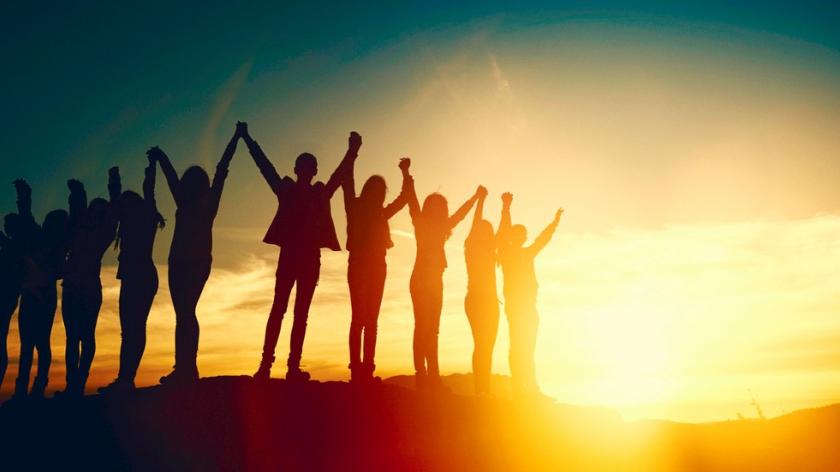 stock_colors/iStock
Creating a sense of belonging among teams

Is there an untethered link between belonging and exclusion? And, if so, how can we break apart these polarities to create truly inclusive workplaces?

I have a problem with the idea of belonging. Why? Because belonging is almost always defined by its polar opposite: excluding.

Most of the time, our sense of belonging is defined in terms of who we exclude: today, as I write, the UK seems to be drowning in seemingly different identities pitted against each other. Remain or leave. North and South. Islamophopbia, anti-semitism. The gender pay gap. The ethnicity pay gap. Immigration. Climate change.

In all these cases, belonging implies exclusion. You can’t belong to two groups opposing each other (you can’t belong to both remain and leave, for instance). As long as groups are defined by polarity, then exclusion is the natural result.

However, I’d like to suggest that the solution is in the grey area between any two polarising ideas, in squaring the horns of the dilemma: how do we create inclusive workplaces without excluding people?

Belonging: the balance between showing our emotions and keeping the peace?

For me, I think the answer lies in plotting the idea of belonging against a more nuanced, subtle dialectic: our individual desires and our societal obligations.

We don’t always feel happy or good at work, or outside of work, but we are socialised to get along, to seek harmony, to be polite. There’s a spectrum that on one end prioritises ourselves by letting others know how we feel, and at the other, prioritises others in order to keep the peace.

Most of the time, we’re expected to prioritise society and getting along. As children, my sister and I were told countless times, “be nice to each other!” We were supposed to just let go of any anger, jealousy or hurt. At work, most of the time, we’re expected to get along, to keep it professional. But people get upset at each other; there is interpersonal conflict and hostility.

I think the answer to workplace harmony lies in navigating this spectrum between how we feel and holding society together.

The bad news is that it is human nature to create an ‘us’ by defining ourselves in opposition to a ‘them’. The good news is that we can use this innate drive to create more inclusive workplaces.

Let’s start with a bit of background...

In the 1970s, social psychologist Henri Tajfel came up with the idea of minimal group paradigm. Tajfel designed a series of experiments to see at which point people stop needing a ‘them’ in order to define themselves as an ‘us’. In short, he found that there was no such point.

The groups were actually entirely arbitrary, he had put the boys into each group randomly. Once the boys were in these groups, in subsequent experiments, they would find a way to reward the group to which they now belonged.

In the wider world, thinking about how to nurture inclusivity can be overwhelming. But the workplace is a different story – it’s constrained in terms of employee numbers, and often there is a shared, overarching culture.

Knowing that people have an in-built drive to create in-groups by defining themselves against out-groups can be used consciously within businesses as a tool to overcome the poor ways in which we do this – whether that’s about the protected characteristics or the political currents of our times.

Being aware of Tajfel’s work can help us to build inclusive cultures by crafting in-groups and thinking about how to include out-groups.

Here are my tips: