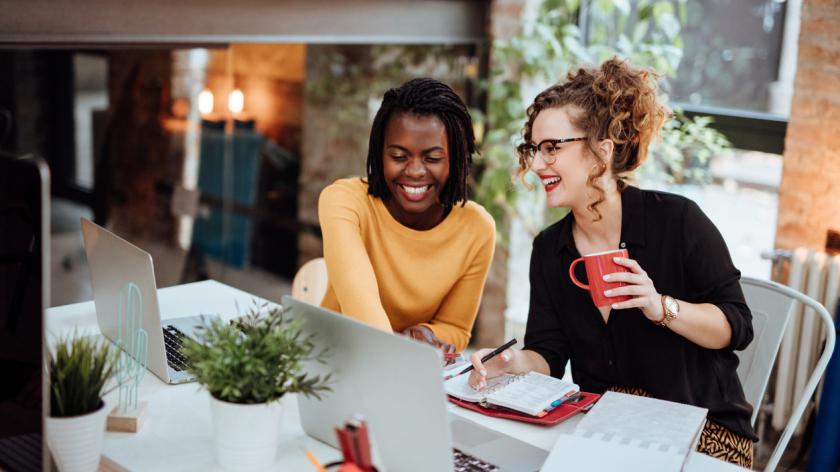 How to use nudge theory within HR

In the final part of content series on micro-behaviours in the workplace, Jan Hills of consultancy Head Heart + Brain explains why long-term cultural and behavioural change isn't about a 'silver bullet' solution – it's about the small things each of us do every day. Here, she explains how HR can use 'nudge theory' to help steer this in the right direction.

A lot of our clients are talking about how to use behavioural economics or 'nudges' to improve change and particularly to help inclusion and diversity programmes. One client said it is the opposite of the 'silver bullet' on inclusion policy – it's about small changes she can make that have a disproportionate impact. Here, we look at what nudges are and discuss some ideas about how you can use them.

For nudges, to work they must be used in the context of the company culture and your outcomes.

David Halpern, head of the UK government's Behavioural Insights team, described a nudge as "essentially a means of encouraging or guiding behaviour”. The government set up the team in 2010 to help identify ways of nudging better behaviour across a range of policies from tax payments to health to recruitment. (More recently Halpern has been involved in SAGE, the government’s Scientific Advisory Group for Emergencies, focusing on behavioural changes such as increased hand washing during the Covid-19 pandemic).

Nudge theory was also named and popularised in a book by Richard Thaler and Cass Sunstein, Nudge: Improving decisions about health, wealth and happiness. Nudges try to influence 'good behaviour' rather than force people or rely only on rational, logical decision making, which we know tends to break down when people are busy, tired or stressed.

The application of nudge theory has proven attractive to governments, because it’s about small changes, which do not require expensive legislation or financial incentives. Everyday examples of nudges include putting healthy food on display at eye level, rather than banning sales of junk food, or telling energy consumers how their usage compares to their neighbours, resulting in 'competition' to be more energy efficient.

One of the most famous examples of a nudge is the urinals at Schiphol Airport. They've painted a small fly onto each urinal and it turns out that men like to aim at something! The fly is in the best place to avoid splashback. This simple change reduced the cleaning costs by 20%.

Another example, often quoted, is about organ donation rates. Some 90% of people in the UK say they support organ donation, yet when we have to sign up to agree to donate only 30% of people do. Organ donation rates vary hugely between countries, for example, 12% in Germany and 99% in Austria. It seems unlikely, given the cultural similarities, that such a difference in rates is caused by people's attitudes. What behavioural economics shows is countries with high donation rates require non-donors to voluntarily opt-out, whereas countries with low donation rates require donors to actively opt-in. Governments have seen a significant increase in donations simply by requiring people to out-out rather than opt-in. Basically, we like to take the easy option and this nudge provides that.

How NOT to use nudges

Thaler and Sunstein wrote the book to encourage positive behaviour but nudges can of course, be used for evil too, or to put it more mildly, for directing behaviour that is not good for people. Thaler acknowledges this. He says whenever he signs a copy of his book he writes, “nudge for good.” Unfortunately, he says that is meant as a plea, not an expectation. Thaler sets out three principles which he says should guide the use of nudges:

Thaler describes an example of a nudge which violates all three principles as the pay wall used by The Times. He took up the trial subscription, in order to read a review of his own book. As expected, credit card details were required and customers would be automatically enrolled as a subscriber when the trial expired. To cancel, however, customers had to give 15 days notice, so the decision to continue the subscription had to be made in two weeks, not four weeks. They also had to call London, during British business hours, on a number they had to pay for. This hassle factor stops many people from cancelling, obviously a benefit to The Times but a cost to the customer who finds they do not need the subscription.

Thaler says the offer violates his principles because:

It's probably worth adopting Thaler's principles as you think about the nudges you can design.

We believe that for nudges, to work they must be used in the context of the company culture and your outcomes. There isn't a handy list you can just pop into your polices but there are some common principles which tend to work and which you can consider whether they fit with your goals. Here are a few ideas.

If you want your employees to behave well appeal to their sense of being part of a group that is dependent on each other. Remind them that when they behave well towards others they will get similar benefits. This is about relationships. The well-understood rules of reciprocity are reinforced by a strong cultural distaste for anyone who breaks them ('not a team player').  Consider how you can generate reciprocity between people. Or what can you give them in return for their 'good behaviour'? Remember social rewards work better than cash.

2. Get commitment and consistency

Our brains like to be able to predict the behaviour of others. It's a valued quality in business – everyone likes to know where they stand. Once committed, people also like to be consistent, and are more likely to do what they've said. Once they have publically committed they're much less likely to change their mind as that would be inconsistent.

If you want to use this principle remember:

3. Show how other people agree

One powerful way to influence behaviour is to tap into the reassurance that comes from knowing peers have acted in the same way: people are conforming to the norms of their current in-group (or the one we'd like to join). 'Social proof' nudges work best when people are uncertain or the situation is ambiguous: (e.g. is it really the right strategy to offer extended paid paternity leave? What have other companies done?)

4. Use a desire to be liked and like others

In-group categorisation means people will more readily agree to behave in certain ways if the group they are a part of, or wish to join, already behaves in that way. This is tapping into people's desire to be part of the in-group. This also works if someone influential in the group adopts the 'good behaviour'.

Essentially this is how role models influence behaviour. This is a principle already used extensively in business.

If you are using the like and likeness nudge:

There is a danger that nudges become the go-to-answer for all problems because they seem simple and easy to apply and whist that is part of the appeal they also require careful implementation and monitoring and a willingness to tweak them if you are not getting the desired outcomes.

One other word of caution because of their simplicity: some people may find it hard to believe they will work. A group of HR leaders told me they were concerned that if they implement these ideas they would get no credit! Whilst nudges are being talked about in the context of inclusion, they are relevant to any policy and any change programme.

Interested in this topic? Read Nudging: what HR professionals should understand about behavioural science.