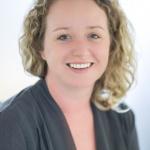 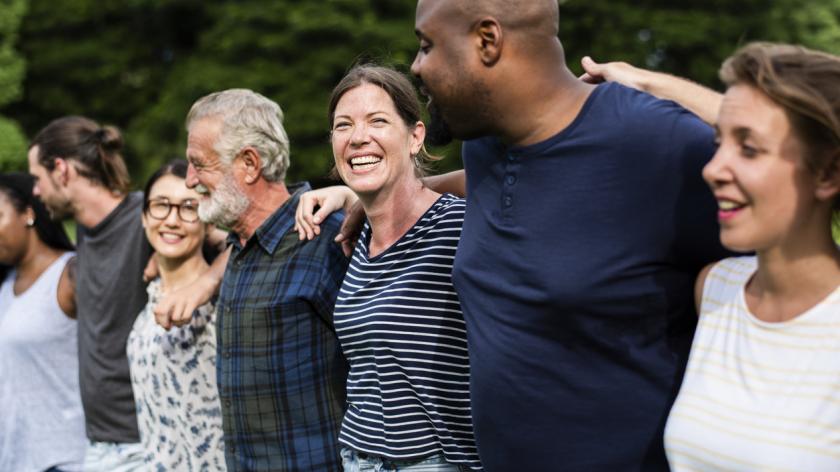 HR as the peacemaker: a new role in the future of work?

It’s only organisations that foster a sense of community and inclusion that will thrive in the future of work. By solidifying differences in opinion, HR is the unifying force that can bring employees together.

It’s inevitable that, among the people you work with every day, there may be one or two that you don’t get on with. After all, if your whole team or organisation comprised people you got on with brilliantly – people who were ‘just like you’ – that lack of neurodiversity would be no good for your bottom line.

The transition to a five-generation workforce is one of the most significant challenges facing HR teams today, because it’s set to redefine what it means to ‘be at work’.

In recent years, however, differences in opinion have, in many cases, solidified, and disagreements become more combative. Social media has undoubtedly played a role, with an increasing volume of users taking comfort in online anonymity to troll others they dislike or disagree with. The Brexit vote and transition period hasn’t helped, either. Even initiatives such as the school strike for climate, started by activist Greta Thunberg, have had the unintended effect of crystallising divisions between so-called ‘millennial snowflakes’ and ‘boomers’.

The workplace isn’t immune from these divisions. While evidence of the effects of political, economic and social change on the UK workforce is hard to come by, in a 2016 study by the American Psychological Association, at least one in ten workers said that political discussions were causing them to be less productive at work, feel more tense and feel more stressed.

So what are the emerging divides between groups of colleagues? What have these got to do with HR, anyway? Well, anything that affects people’s ability to work effectively, think creatively, collaborate with others, and achieve performance targets is HR’s problem.

First, let’s look at the driving forces behind some of these differences, and where lines are being drawn. Some commentators attribute growing differences to generational divides. The transition to a five-generation workforce is one of the most significant challenges facing HR teams today, because it’s set to redefine what it means to ‘be at work’. Deloitte predicts that ‘millennials’ – that’s people born between 1980 and 1999 – are set to make up 75% of the global workforce by 2025. In the UK, people aged over 50 comprise just 32% of the workforce – meaning they’re outnumbered by 35-to-49-year-olds (33%), and by 18-to-34-year-olds (34%), according to ONS stats published in March 2020.

It’s worth bearing in mind that the HR profession itself is unlikely to be immune from the contextual and demographic changes that are shaping employees’ experiences at work, either; in 2018-19, 21% of CIPD members were students (which we can infer are likely to be comprised of many people relatively early on in their HR careers), and 31% were chartered members and fellows (the most senior membership level).

People who’ve grown up with anytime, anywhere access to technology have a very different idea of what it means to ‘work’ than those who regarded ‘work’ as a single, fixed office space. Younger workers expect and demand flexibility – in hours and location, for example – at a higher rate than their older colleagues. In fact, in a joint 2019 Harvard Business School-Boston Consulting Group study, business leaders ranked employees’ expectations of achieving a better work/life balance through flexible work as the force that will have the most significant impact on their organisations in the next five years.

Other studies have found that those in the millennial generation place a greater value on the importance of work/life balance – refusing to make work a priority at that stage of their life, even with the promise of greater financial reward later on in their career.

While it’s the ‘young’ millennials that have so far come under fire in some quarters for their socially conscious attitudes (with many overlooking the that people in this demographic are aged between 25 to 39), it’s generation Z (under 25s) who are set to wreak corporate havoc. Those born after 2001 comprised 32% of the global population in 2019 and are, in countries such as the US, more ethnically diverse than any preceding generation.

Any successful ‘peacemaker’ needs a great deal of emotional intelligence – to recognise how their own emotions affect others, to understand others’ motivational drivers, and to manage relationships and build networks.

Environmental issues are also a major concern for younger workers: a 2020 survey found that 71% of millennials and gen Zers cited the climate emergency as the biggest challenge facing their generations, ahead of other concerns such as economic inequality (60%) and political instability (60%). Two thirds (61%) of those surveyed in these age brackets said it was important or very important that companies take a stance on the issues that matter most to them.

All of these factors (plus many more) influence an individual’s experience at work. There are few scenarios other than in the workplace where an individual is likely to come into regular contact with people who are experiencing a variety of life stages, from the early stage of their career to starting a family, juggling work and kids, and preparing for retirement. So if HR professionals (and the organisations they support) don’t become adept at facilitating collaboration and harmony between groups, the culture, integrity and, ultimately, the success of the organisation are at risk.

Any successful ‘peacemaker’ needs a great deal of emotional intelligence – to recognise how their own emotions affect others, to understand others’ motivational drivers, and to manage relationships and build networks. Some people have more emotional intelligence than others, but, just like with IQ, it is thankfully something that you can practice and nurture.

Ensuring that employees’ voices are not only heard, but also acted upon is another vital way that HR professionals can help to mitigate and resolve tensions. In its simplest form, this could be running employee engagement surveys annually or, in the form of shorter ‘pulse’ surveys, much more frequently. Larger employers might encourage the formation of interest groups – LGBT+, BAME, and women’s groups are common examples.

Finally, HR professionals can help to foster connections and relationships between different individuals and teams. It can be all too easy to get stuck in the rut of speaking and working with the same people, day in and day out, but that puts you at the risk of operating in a bubble, without the benefit of hearing alternative opinions. It is challenging to create a forum through and in which employees can have frank, dissenting discussions – but those who can successfully create a safe space where ideas can be shared and challenged, without the fear of repercussions, should reap the benefits.

It’s in this space – fostering culture and community, rather than focusing on administrative and compliance-based tasks – where HR has the greatest potential to add value in the people-focused future of work.

Interested in this topic? Read How to embed neurodiversity into your people management practices.