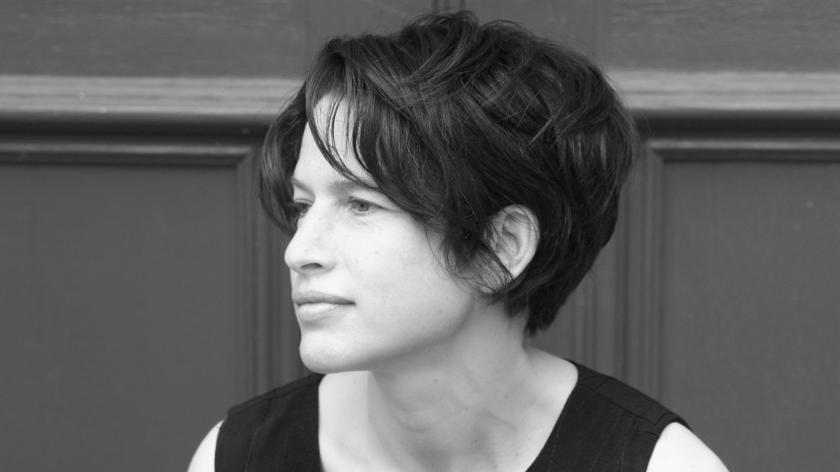 Hybrid or flexible working is supposed to be a more inclusive way forward, but what if it’s just another way of leaving women – and particularly working mothers – behind again? Here, Eliane Glaser, author of Motherhood: A Manifesto, tells us why mothers are being excluded and what HR leaders need to do about it.

It’s no secret that women’s careers have been disproportionately affected by the pandemic – they’ve had more childcare responsibilities and data shows that they are more likely to lose their jobs in the aftermath.

This is just the tip of an iceberg that women have been steering around for years, however. The moment they announce they are pregnant, women begin a life of pay cuts, lost opportunities, heavier housework, unequal emotional loads and judgement from all sides. Despite decades of social progress, the fact remains that motherhood is still seen as a barrier to a successful career.

Working at home is not a panacea. Many mothers adopt it because it’s the only way... but it bars women from the public world of work.

Now that the world of work has been turned on its head and organisations are looking to ‘build back better’, HR leaders have an opportunity to look at motherhood with fresh eyes. It’s time to throw away tired assumptions about what mothers in the workplace are and what they want.

Eliane Glaser’s latest book, Motherhood: A Manifesto is a clarion call for change, spelling out exactly what organisations – and society as a whole – needs to do to ensure that the business of child-rearing isn’t quite so incompatible with the working world. Here, she tells us how HR, in particular, has a crucial role to play.

Your book covers how mothers are treated poorly at work. Given all the strides women have made in the workplace over the last 30 years, why are we still having this conversation? What, in your opinion, is the missing piece of the puzzle?

I think there are three main barriers:

In addition, we can’t ignore ingrained inequality within partnerships. Even if fathers are keen to take on half the domestic burden (and many are not, as it’s often difficult and dull), the fact that mothers acquire parenting competence right from the start means that very many couples lapse into the ubiquitous model of full-time dad, part-time mum.

We’ve seen hybrid/flexible working becoming more prevalent after the pandemic, but you’ve suggested that organisations in a hurry to adopt this are at risk of leaving women behind. Why is this?

I keep reading shiny predictions about the hybrid future of work, but there is barely ever a mention of how it will impact mothers. I fear that if going in is voluntary, mothers will not insist on it. This is the point that I feel is so often missing from the sunny talk of choice and freedom.

As it’s more likely to be women who take up these flexible/hybrid patterns as they fit with school hours, my concern is that the shift will leave women even further behind their male peers in the workplace. Working at home is not a panacea. Many mothers adopt it because it’s the only way they can also be around to pick up the kids, but it bars women from the public world of work. Mothers who work from home are usually expected to take on the lion’s share of the domestic load too.

In your recent article for Grazia, you stated “the office is dead, but for me it’s a lifeline”. Why do you think it’s so important for people – and mums in particular – to have access to the office?

Working at home can be desperately lonely. For mothers, it’s can feel like being a 1950s housewife, just with loads of work to slog through. The office has its downsides: it can feel lifeless, and commuting is a chore – but it is also a source of camaraderie, community and public validation, and it provides the social interaction which is key to advancement.

Your book touches on the topic of technology – how it frees us to be able to work from anywhere – but also it can restrict us. How do we balance the risks of this ‘always on’ culture with the benefits it brings?

We’ve been here before: in the 1980s, ‘teleworking’ supposedly freed women to work from home, but every time, technology just makes us lonelier. It’s a tether – rather than enabling mothers to work anywhere, it enables employers to reach into mothers’ homes and exert work pressure – often while kids are pulling on their sleeve. Mothers already feel they are failing at work and failing at being a good mum; this exacerbates that zero-sum game further. Yes, technology makes it possible to multitask, but I’d rather see an overall reduction in working hours than have mothers spending hours staring at a screen in their own kitchen, or trying to answer emails while kids are bickering in the background.

‘Portfolio careers’ are billed as exciting and liberating, but what are the pitfalls of this? When organisations are hiring people who might be working there as part of a ‘portfolio’ of other work, what should they be doing to ensure those people are looked after?

Portfolio careers can be creative and freeing, but they are often lower paid and provide less of a sense of community and belonging. Many mothers adopt them out of necessity rather than choice. Employers should try to ensure the same rates of pay and duty of care to these workers, to help compensate for the fact that they have to provide the infrastructure for each commission themselves.

Working parents can sometimes feel left out of office culture because they work part-time or have to leave on time, for example. How can HR do more to promote a sense of belonging among this group?

Part-time workers – and mothers in particular – have been shown to be especially hardworking and conscientious; not least because they are always having to over-compensate and demonstrate commitment. Whereas dads leaving early for school sports day are waved off with admiration and tolerance, mums are judged as less invested. These reactions can be very subtle and culturally ingrained, so consciousness-raising among managers is important here – but so is formal structure. If you make everything voluntary (in-person meetings etc), then mothers will simply stay at home, because they will only feel entitled to come in if it’s mandatory.

You advocate for a shorter working week for all as part of the solution to greater equality. How do you think this will help?

I believe that it’s only by mandating solutions such as a four-day week for both women and men that these stubborn patterns will change. Men will be enabled to work less without that being read as shirking. There will be more time in the system for fathers and mothers to share childcare and household tasks more equally. The existing workplace inequalities between full-time men and part-time women will be flattened. Mothers will feel less stretched. We need a better system of shared parental leave, but this more long-term solution is less often recognised as a game-changer for working mothers. 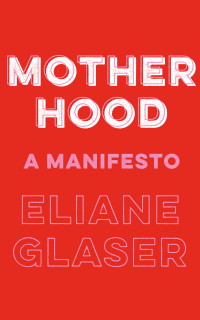 Eliane Glaser is author of Motherhood: A Manifesto, which is published by Harper Collins and available now.