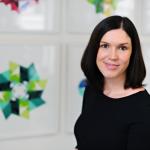 How is the gender pay gap impacting the migrant female workforce?

The results are in and they make for a sobering read: 78 per cent of firms in the UK pay men more than women.

As the dust settles following the last minute rush from companies to report on their gender pay gap, the debate is now turning to what the results mean for employers and workers of both genders, and more importantly what we can do about it.

Gender pay gap reporting is one part of an overarching movement aiming to bring about a lasting change in women’s experience of work and equality in career attainment. But when talking about ‘women’ we need to ensure that this term is inclusive of all women in employment in the UK, irrespective of where they are from.

It is therefore crucial that the equal pay movement pays heed to the experience of migrant female workers in the UK and the barriers they face in building their careers.

Are the immigration rules fair for women?

Women make up the majority of migrants in the UK but interestingly when it comes to the number of people who come to the UK to find work, nearly two thirds are men. The reasons for this discrepancy may in part be due to the differing societal roles both genders traditionally take; women are more likely to migrate to the UK as dependant partners under family reunion rules for instance.

However, the system of immigration law which controls who can enter the UK is also likely to have a part to play. We therefore need to ask the question: do the immigration rules treat men and women fairly when it comes to working in the UK?

A good place to start this analysis is with the category of the immigration rules that is dominated by female workers – that of the overseas domestic worker in a private household. This visa category allows nannies, cooks and cleaners access to the UK to work for UK-based families.

The benefits of this visa have been restricted over the years, making it virtually impossible for foreign workers to find employment in the UK.

Pre-2012, a domestic worker could remain in the UK for five years, apply for settlement and bring their dependants with them to stay in the UK. Post-2012, the visa is only granted for a stay of six months, with no rights to bring dependants and they have to leave the UK at the end of their stay. These restrictions have left female workers who are already vulnerable at an even greater risk of exploitation.

In contrast, Tier 2 General of the points based system, the ‘work permit’ category which enables UK employers with a Home Office approved licence to sponsor non-EU applicants to work in the UK, has significant attractions for its mainly male applicants.

Tier 2 General visa holders enjoy the benefits of a six year maximum stay, the ability to bring dependants who can themselves work in the UK and they can also apply for indefinite leave to remain after five years. Women who want to work in the UK using the Tier 2 system have to negotiate rules which are potentially discriminatory to them.

Firstly, applicants for Tier 2 have to be paid above a series of salary thresholds. Experienced workers, for example, must be paid in excess of £30,000 a year. If they are fortunate enough to be granted a visa, the rules then require their salary to increase to meet a further salary threshold of £35,500 by their five year anniversary in the UK to be able to apply for indefinite leave to remain.

Secondly, female migrant workers have to obtain a job offer at a high enough skill level in order to work in the UK under Tier 2. Employers must be offering work which is at Regulated Qualifications Framework (RQF) level 6 or above. These are roles that are at degree level, which means that low skilled workers are unable to use the Tier 2 system.

This creates a barrier to women who are more likely to be in low skilled work, often despite being highly qualified, particularly after a career break to have children or for other caring duties.

The onus is now on the Home Office to bring the immigration rules in line with modern workplace practices to the benefit of female workers in particular.

Men occupy the majority of senior professional roles, as demonstrated by the existence of the pay gap, so talented foreign female workers with skills to offer UK employers are potentially being shut out.

3. Lack of flexibility are discriminatory against women

Once a female worker is in the UK they will find the rigid and out of date rules of Tier 2 will make it difficult for them to adapt their career around changes in their family circumstances or lifestyles.

Flexible working is still mainly taken up by women, with more working part time than men. It enables many women to continue with their career while maintaining the primary carer role for children or adult dependant relatives.

The Tier 2 visa category does not directly allow part time work as the salary thresholds are fixed and cannot be prorated according to the number of hours a migrant works.

This means that if a reduction in hours puts a Tier 2 worker’s salary below the threshold, they would be in breach of their visa requirements which could jeopardise their stay in the UK. Part time work is all but impossible for middle income earners on a Tier 2 visa, disadvantaging women more than men.

The onus is now on the Home Office to bring the immigration rules in line with modern workplace practices to the benefit of female workers in particular.

Until this happens, HR teams will need to be alive to the barriers their female migrant workers face and take steps to minimise their gender pay gap, particularly if they want to attract and retain female talent from abroad.

Read more about the gender pay gap and how to manage the fall out.

Advising on all aspects of immigration law, Joanna represents a range of clients from businesses to private individuals and has expertise in complex immigration litigation as well as human rights law.