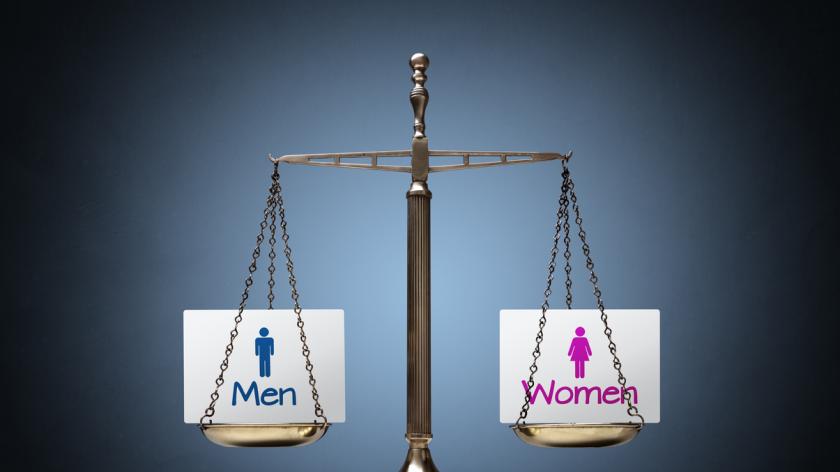 In the month in which employers with 250+ employees have been required to disclose their gender pay gap for the first time, the issue of gender equality in the workplace is being subjected to some scrutiny by the media, the government and employers themselves.

And rightly so – on the disclosed evidence the gender pay gap (GPG) is worse than perhaps had been anticipated, averaging out at about 26%. Although it does not follow that employers will see a flood of equal pay claims on the back of the GPG statistics (which may provide some comfort), the level of the disparity does seem to point to a significant gender inequality issue that is entrenched and systemic within the workplace.

To move towards genuine equality and eradicate the GPG will require some positive action both at employer and government level.

Men and women are legally entitled to equal pay for equal work and have been since 1975 when the Equal Pay Act 1970 came into force. Equal pay is concerned with a direct comparison between individuals, with the key question being whether the work performed by the woman (or, less typically, the man) is the same or equal to that performed by the man (or woman).

Separately, The Equality Act 2010 (Gender Pay Gap Information) Regulations 2016 require larger employers to report the average pay and bonus GPG on an annual basis. The GPG highlights gender disparity in a different way, looking at this on an organisational rather than an individual level. Whilst there are many ways to crunch the numbers, what has become clear following 4 April 2018 is that:

First, not only is there no business or industry sector in which women are paid more than men on average; but, practically across the board, men are over-represented at senior/management level.

It is simply not credible that men are more capable or better at their jobs in every organisation where men are over-represented. The explanation that men get paid more on average than women because more men hold senior roles is no justification, it simply restates the issue in a different way.

Does the ‘naming and shaming’ threat actually provide any motivation for employers to address the issue?

The questions to be asked are why are there more men in senior roles and what is hindering women from progressing their careers? This is a far broader issue than just ensuring that those performing equal work receive equal pay.

Second, men get higher bonuses than women, particularly in the finance and education sectors. Executive bonuses will come under the spotlight from a BEIS select committee, which is due to kick off later this month under the stewardship of Rachel Reeves MP.

One early conclusion, which may be inferred from the data, is that this disparity stems from the structural and cultural inequalities present in the workplace, arising as a result of unconscious bias against women and a persistent undervaluing of not only what are considered to be ‘female’ occupations but also the overall contribution of women.

This is particularly the case where bonuses are ‘discretionary’ and assessed on subjective opinions rather than concrete and objective factors.

Analysis of the disclosed GPG figures shows that employers with a more even distribution of gender at senior or management level tend to have a lower GPG. The problem is not just a case of equal pay for equal work but one of women’s access to opportunities and ability to progress their careers. Given this, what more can (and should) be done?

One of the reasons that women fall behind in terms of pay is because of the time taken out to raise a family. The government has already introduced shared parental leave so as to encourage fathers/partners to take more of a role in childcare, but the take up has been slow.

Parental leave pay is often not as generous as maternity pay and recent case law has confirmed that it is not directly discriminatory if enhanced maternity pay is not extended to those on parental leave (although it could still be indirect discrimination). The government could do more to extend family friendly rights to both parents, not least by simplifying the current system.

This would allow mothers to be financially able to return to work, as well as able to work the hours (on a flexible basis if possible) that may be necessary to facilitate their career progression.

3. Incentivise employers to reduce the GPG

Given that so many employers are disclosing a gender pay gap, does the ‘naming and shaming’ threat actually provide any motivation for employers to address the issue?

The starting point is an honest analysis and appraisal of the reasons for the GPG (if any) in the organisation.

The government could strengthen the sanctions for those with a high GPG, for example, by requiring them to publish an action plan to reduce the gap, or requiring an improvement in the GPG in the next reporting year. Also, the government could require specific disclosure of the GPG in any organisation that is bidding for a government contract, which would be taken into account in a competitive bid situation.

Although the law restricts the use of ‘pay secrecy’ clauses in employment contracts, meaning that an employee cannot be required to not disclose his or her remuneration, there is no specific right to request (and be given) the pay details of a comparator. This is an obvious loophole in the law that could be closed by legislating to allow employees to request the pay details where there is a suspected equal pay issue.

What can employers do?

The starting point is an honest analysis and appraisal of the reasons for the GPG (if any) in the organisation: it is this analysis that should form the bedrock of the action plan. There is no one size fits all here, and the action an employer should be considering will depend upon what their GPG analysis has disclosed.

Creative recruiting: avoid stereotypical wording (e.g., ‘caring’; ‘dynamic’) so that the advertisement is not seen, consciously or unconsciously, as gender-specific; implement gender blind applications to limit the impact of unconscious gender bias at the early stages of the process; advertise roles as open to flexible working wherever it is possible to do so.

Treat employees on family friendly leave equally: where those on maternity leave are entitled to enhanced maternity pay, consider whether an equivalent enhancement can be extended to those on shared parental leave so as to encourage more male employees to take leave.

Set sensible, specific and measurable targets for increasing the number of women in senior roles: a vague statement of intent to employ more women in senior roles is unlikely to be acted on, or become part of the culture of the organisation, and so is very unlikely to be effective. Consider what targets may be appropriate, get commitment from the top, and take steps to achieve those targets.