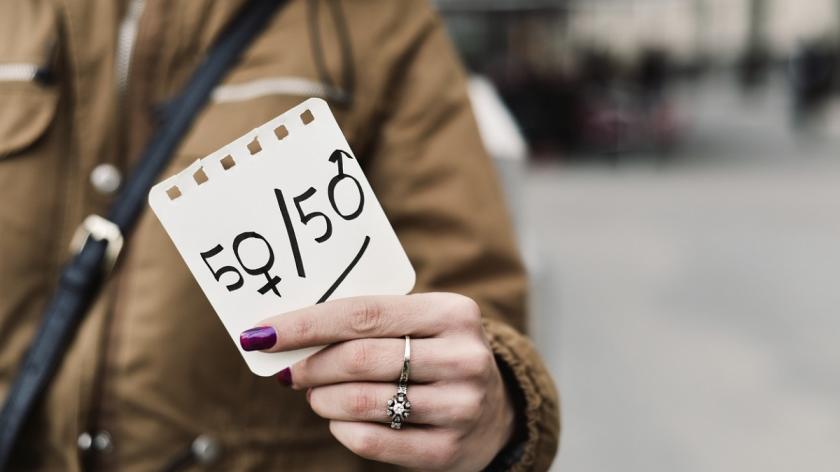 Gender pay gap: how to manage the fallout

By the time this article is published all organisations with more than 250 people will have been obliged to record their data on pay for men and women. The results which have been published to date don’t look good for women…

With only a handful of companies reporting anything close to a zero-pay gap and even those organisations tend to have a gap in the bonus figures.

What will be the reaction of the women in organisations? This should be something employers are managing but it’s a topic we are not hearing much about.

The women we talk to tell us their organisation has said nothing or made statements which seem to suggest they are puzzled about why the figures arouse any interest at all. Big companies with slick PR support have invested in creating videos designed to reassure female staff that they are not being discriminated against.

The main points seem to be: there are simply more men in senior roles (as if that is the most natural thing in the world and requires no further explanation); and the company is not doing anything illegal.

The videos tend to offer calm explanations of the difference between unequal pay (which is illegal) and the pay gap, which simply reflects how women are working in different ways in different parts of the organisation and are paid differently (that is less) as a result.

A few companies have linked the pay gap to their talent management approach and admit to needing to appoint more women into senior, high paying roles.

So if you are an organisation that is concerned what might you expect when the women look at the data?

How will women in the companies with the biggest pay gap respond? And what action can you expect from individual women?

It's likely that women will be curious to know what the numbers are and whist they may have a sense that there is a difference in the pay of men and women, seeing the numbers in black and white can create a strong reaction.

Take for example a senior female employee from Barclays, reported in The Guardian, who found that women’s median hourly rate is 43.5% lower than male colleagues and that women’s bonuses are 73.3% lower. At Barclays, 81% of the best-paid employees are men; 63% of the worst paid are women.

The Guardian says it was an "unpleasant sensation" for the woman when she saw in black and white something that she had long suspected. It’s reported the lady in question intends to move to another company, although finding a financial services organisation that is significantly better may be a challenge for her.

We know that when "unpleasant sensations" happen the brain registers a threat and in that mode the inclination is to fight, flight or freeze. What this might look like in viewing the pay gap data is:

The woman has a robust conversation with her boss or HR and demands to know where her pay is verse male colleagues.

This may or may not make her feel better and in most organisations it's unlikely that much actual information will be shared. Most managers are likely to give bland reassurances. Some women may ask colleagues but norms in most companies frown upon talking about pay and bonus, and they know this could alienate their peers.

Fight may also come in the form of anger and a withdrawal of trust and this should be more worrying for you as the employer. Angry employees tend to be less engaged, productive and creative.

Some women may of course decide to fight more formally, joining with others to demand change and to some extent this is the reason for the reporting, to raise awareness and pressure on companies to enact change.

Having robust processes which mitigate unconscious bias is essential. Whilst many companies have carried out unconscious bias training it's been a bit of a 'tick the box' exercise with few organisations doing more than raising awareness of the issue. Whilst there are ways of combating unconscious bias it takes efforts on the part of senior management, the decision makers and HR.

Research by catalyst - the not-for-profit organisation promoting equality - suggests managers and HR collude (albeit unintentionally) to keep hiring and promotion criteria bias to the capabilities of the current senior leaders.

You can read more on the research here.

This is the reaction from the lady at Barclays. "Let me go elsewhere."

This is an automatic reaction and may not be something which individuals act on and rationally where do they go? The number of companies who have reported anything close to a minimal pay gap is minuscule and there is no guarantee that a new employer would be any better.

More worrying for you and your employer is a mental flight.  By this I mean they stay in the job but withdraw discretionary effort.

This is the "ignore it and it will go away" reaction. Maybe women won't even check what the data is for the company. Maybe they fall back on their intuitive sense of where they are personally and avoid conversations with peers about the topic.

As an employer having significant sections of the work force remaining and supressing anger and resentment is bad for the company and the individuals concerned. Research in neuroscience shows suppression actually increases the threat response in the brain when similar issues occur, and the suppression has a detrimental impact on stress levels and health.

Suppression also takes quite a lot of brain power, leaving less for managing job demands and contributing to the organisation.

Part of the point of the reporting exercise is to trigger a debate about how men and women are paid.

There are no sanctions for organisations for having a big gap – the idea is that companies will be forced to examine their record and improve, presumably because of social or employee pressure.

Getting men to support change

What you choose to do about the gender pay gap in your organisation will depend on multiple factors: your confidence, the support of senior leaders, the risk to your brand reputation and its impact on hiring.

Mostly it will come down to the culture of your organisation and your industry. And that culture is largely created by men.

High-profile male leaders are increasingly vocal in their support for gender diversity and inclusion.

A report by Diversity Council Australia has found that getting men involved in gender diversity initiatives is critically important because "they are often perceived positively, while the reverse is true for female champions of gender equality."

What gets men engaged

And the report found that in general men don’t think it’s their problem, they fear judgement by their peers if they speak up, and many claim they don’t know what to say or do.

However, the Diversity Council report found there is a major upside: men themselves will personally benefit from progress towards gender equality, in their family relationships as well as in their workplaces and communities.

They recommend framing gender equality as a business issue rather than a women's issue, while at the same time appealing to men's sense of social justice and fair play.

Another report by Catalyst has also found that men who were committed to the idea of fairness were personally concerned about issues of equality, were more aware of gender bias in the workplace and more likely to take action.

Small actions, as well as policy directives, change corporate culture and make organisations more encouraging of women's progress. And use of methods developed by behavioural economists seem to be pointing the way to easier change. You can read more about using nudges here.

And when it all gets too much remember there is a lighter side. This video by Kirsten Bell has to make you smile!