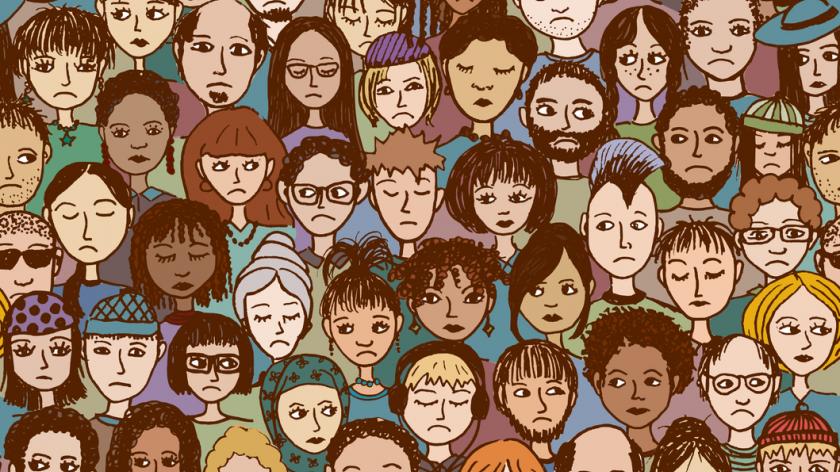 Diversity and inclusion: systemic inequality and the issue of ‘covering’

A key part of creating a truly diverse and inclusive culture is allowing everyone to be their ‘authentic selves’ at work – but systemic inequality makes that impossible for many. Here is how we should tackle this.

Inclusion and belonging can be what are known as ‘suitcase’ words – they are a bit subjective, and you have to unpack them to get at what they really mean. One way to get at them more concretely is to consider their opposites: exclusion and stigma, and what behaviours those lead to.

“Persons who are ready to admit possession of a stigma,” wrote sociologist Erving Goffman in his 1963 classic Stigma, “may nonetheless make a great effort to keep the stigma from looming large”.

Goffman was writing about covering up the things about ourselves that we may not want to draw attention to, as they mark us as different from whatever is considered the norm, that may stop us from fitting in. He uses the example of Franklin Delano Roosevelt, who sat behind a desk when advisors came in, so as to downplay his wheelchair.

The question, of course, isn’t about whom we are trying to look like when we cover up our identities. If you have kept your colleagues in the dark about your same-sex partner, or you have straightened your hair to look more ‘professional,’ or if you have downplayed your desire as a woman to have a family, or tried not to draw attention to the fact that your religion might mean you won’t be going out to the pub after work, and so on, you know who you are meant to try to look like. The problem is that the answer to that unnecessary question is not discussed aloud often enough.

This is the face of systemic or structural inequality. Systemic inequality is the idea that our institutions have in-built inequality, which privileges some groups in society and disadvantages others. For example, until recently, same-sex marriage wasn’t allowed, and only one group had access to this institution (people who are heterosexual). Therefore, the institution of marriage had inequality baked into it. With the recent passing of legislation in Northern Ireland, the UK has now removed that inequality from the institution.

Covering is always about avoiding the stigma of not being part of the majority group; however, as we can’t change who we are (our skin colour, our ethnic background and heritage, our age, religion, and so on), we can alter how we act, so as to avoid the stigma. As Kenji Yoshino, who has done a great deal of work on this topic, points out, “this distinction between being and doing reflects a bias toward assimilation”. In other words, not only do people cover to avoid stigma, but failing to do so is read by the dominant culture as a choosing not to help yourself, as choosing to be discriminated against. And, yes, you guessed it: this just leads to more discrimination.

The four axes of ‘covering’

The pressure to fit in is immense – it often determines whether we’ll get the job, be promoted, and in general, succeed. The countless numbers of studies done, where CVs, identical except in the name at the top, get many more callbacks the whiter that name sounds, prove this. No wonder, then, that employees often engage in covering. Yoshino suggests that there are four axes of covering:

A 2013 Deloitte survey found that “across race, genders and orientations, 75% reported covering in some form or another; 94% of blacks, 91% of women of colour, 91% of gay and lesbians, and 80% of women cover”. The report found that straight white men will cover too; for example, hiding an illness, or perhaps their social class, or saying that they were meeting with a client when in fact they were picking up their child from school.

As was the case with embedding equality into the institution of marriage, our institutions need to be consciously, deliberately changed. This is a key takeaway – rights that are deliberately withheld must be deliberately changed to give equality. The workplace is a great place to start. If you want an inclusive workplace, it’s time to start thinking about how to change the fabric of your culture so that people don’t feel like they have to cover.

Here are my practical tips:

If you’re interested in learning more about unconscious bias and systemic inequality (and how you can challenge it), I have a very short book on the topic, and an online course.

Interested in this topic? Read Disconnecting belonging from exclusion to create workplace harmony.