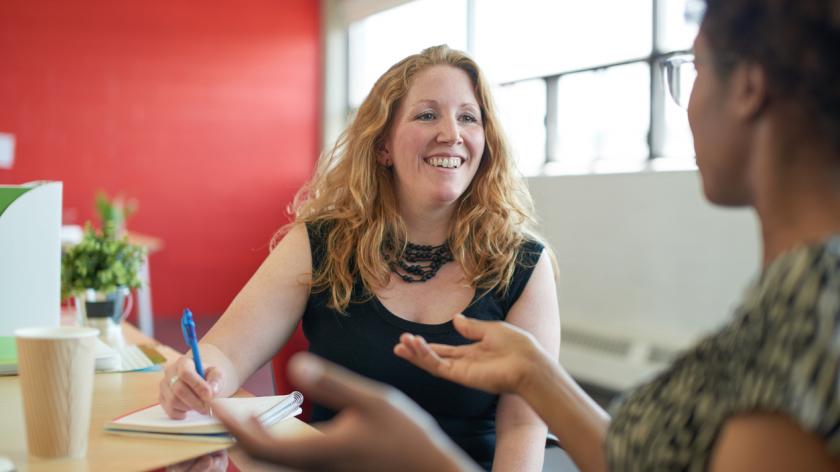 Years ago, a friend of mine, Helen, went for a job interview. It was for a Swiss arts and cultural organisation, and Helen was half Swiss and could speak German reasonably well. She got the job.

But she realised that the job wasn’t for her (it didn’t really match her interests), and she told the organisation to consider me instead – it was a perfect fit for my skillset, as I had just finished a degree in the anthropology of art. I got the job and stayed there for the next five years.

Subsequently, the woman who interviewed us, Claire, told me that the whole time she’d been interviewing Helen, all she could really think about was how her two-year old daughter might grow up to look like Helen. Claire hadn’t really heard a word Helen had said.

I like to tell this story as a great example of unconscious bias at work.

In this scenario, there were two unconscious biases that predominated: in-group bias and performance bias. In-group bias goes hand-in-hand with out-group bias. Or, as we know it more simply, 'us' and 'them'.

We spend a lot of time trying to figure out where we belong – our in-groups – as well as where we don’t – our out-groups.

Individual and societal in-groups and out-groups

In-groups and out-groups function on two levels: societally and individually. Here in the UK, society has provided us with a very handy guide on who it considers to be in the out-groups by telling us who needs protection – this is codified in the Equality Act of 2010.

These societally determined categories are rough estimates of who we are, but they don’t always feel right – as those of us who have filled out the census and not felt like any of the categories quite fit will know.

If you choose people who are like yourself, you are less likely to encourage the dynamic environment created by different voices.

Our individual in-groups are much more changeable. Unlike the societally determined in- and out-groups, these are predicated upon our sense of belonging – we might see our in-group as the place we’re from, our family, our culture, our peer group. It might also align with the Equality Act’s categories and be about gender, sexual preference, race or religion.

But our individual in-groups can shift – they are much more nuanced and complex. When I walk into my local café on a Wednesday morning, I’ll avoid the back room because I know there’s a mother’s group in there – straight away, I feel as if they’re an out-group relative to myself.

But if I were to have children, who I consider to be my in-group might change. Equally, while I see myself as not belonging to that group, all of my friends are mothers, and I would happily spend a morning in a café with them, with or without their children.

An interview is a perfect example of how we seek to identify whether we fit in or not. Look at Helen’s interview: before she’d gone into the interview, she’d made clear her cultural heritage and language. Unbeknown to Helen, there was a shared sense of a family resemblance in Claire’s mind.

And that was enough of a fit for Claire – Helen fitted into a number of her in-groups. Because Helen was perceived as a member of Claire's in-groups, there was a sense that Claire already knew Helen in some way. The rest – the fact that Helen was more interested in health and epidemiology, rather than art and culture – would sort itself out. Helen was hired on her (imagined) potential to fit in.

A privilege is built into sharing an in-group with someone.

I, on the other hand, had nothing in common with my future boss. Because Claire couldn’t imagine anything about me based upon belonging to shared in-groups, she had to judge me based on my past performance. But I had all the skills and qualifications to do the job, and this is why I was hired.

This bifurcated approach to hiring – either on potential or on past performance – is called performance bias.

The thing is, it’s fine to hire based on one of those two criteria: as long as you pick just one to judge all potential candidates by. If not, you will almost always pick the person that you perceive to be part of your in-group.

A lot of hiring is done in much the same way, based on gut instinct. But gut instinct is just a euphemism for giving in to unconscious bias.

This has all sorts of problems associated with it – if you choose people who are like yourself, you are less likely to encourage the dynamic environment created by different voices, and you are less likely to get dissent or questioning of organisational strategy, which in turn leads to decision-making that is not as good as it could be.

In the story I’ve told, Claire would have made a poor choice. Helen – had she chosen to take the job – wouldn’t have stuck around very long, and Claire would have been looking to hire again. Luckily, because Helen recognised that her in-group had to include a more science-orientated field, she turned down the job.

All this was playing out without our really thinking about it – and a lot of hiring is done in much the same way, based on gut instinct. But gut instinct is just a euphemism for giving in to unconscious bias.

How to overcome your unconscious biases

My practical tips to avoiding unconscious bias as best you can during the hiring process are:

Thanks Jasmine - you got me hooked to finish your article and I appreciate that you've offered one clear ask of a recruiter: namely to make a deliberate choice between 2 ways of thinking (performance v. potential fit). Sensible advice. I find fascinating the current conflict HR faces between our understanding of (a) big data potential (b) "gut" gaining credence in business psychology and (c) algorithmic reliance in today's tools. Which way things will increasingly move I don't like to guess just yet!

Hi Kate, yes, it's so complex and it's like an ecosystem - change one small thing and everything shifts, so hiring is probably so much more tricky than it used to be - more knowledge / more things to trip us up / and yet, also so much more interesting! (Sorry for the slow response, the site didn't let me know I'd had a comment!)

Awesome, Jasmine. Everybody has unconscious biases, no matter how much they think they are being objective! I like your tips for the process at the end, making us more aware of our biases. Only then can we thwart them.

This article talks about how we can use HR tech to be more objective in the hiring process: http://recruit.ee/bl-gender-bias-eb-bh

Thanks, glad you enjoyed it.