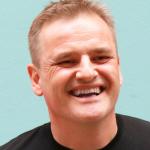 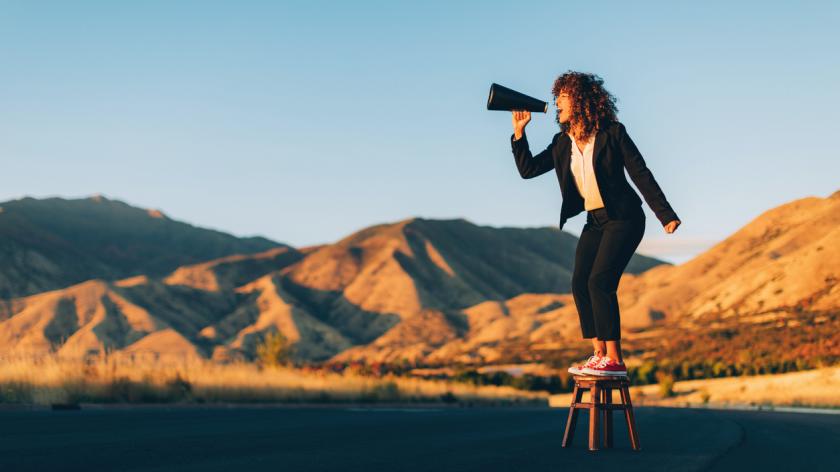 The world of work has changed dramatically over the past 12 months and HR leaders now have a huge opportunity to adapt current belief systems and evolve outdated systems to forge new ways of working.

There’s no doubt that the Covid-19 pandemic has bought with it catastrophic consequences for both business and humankind. However, I believe it also presents one of the biggest opportunities for business and in particular the HR function, on a scale we’ve never previously seen. Here's why.

On the surface it would appear that the world of work has changed dramatically over the last 12 months with the forced shift to 'remote' working. Or rather should I say, ‘home imprisonment’. Whilst we have to accept that it's been a horror story for some, the headlines have been crammed with sentiment heralding a 'new normal' for the 21st century.

Long-term champions of flexible working have been vindicated with countless reports of increased productivity. Lives have literally been transformed with the removal of the daily commute and the opportunity (for some) to structure the working day to fit around personal lives. So on the surface you could be forgiven for thinking that once Covid finally dissipates, the journey to this new, flexible, highly productive world of work will be relatively easy. However, this would be foolish.

There is no greater group of individuals in the organisation more au-fait with the future of work, and how leadership needs to evolve, than those in the HR team.

Scratch the surface and the reality is that whilst the context has changed, very little else has, especially in the place that matters the most – leadership.

Apart from the dramatic shift from the office to home, the construct of work and leadership hasn’t changed at all. The framework of the 9-5 working day for example, is still holding fast. We may have dropped the commute, but the vast majority of employers still have expectations that the recently displaced knowledge worker be ‘online’ during normal office hours. Worse, the trend for 'remote monitoring' is on the increase. The notion of 'presence' and 'place' are still alive and well.

A defining moment for leaders

The leaders we have now are the same, give or take a few, that were in place pre-Covid. These are the same leaders that a little over 12 months ago were skeptical about flexible working. They openly refused to consider it, arguing it could only work in small tech organisations, or that it would result in a drop in productivity (despite knowledge of worker productivity dropping like a stone over the last 30 years anyway) or that employees ‘can't be trusted to work at home'. It’s these limiting beliefs that have held us back for decades.

Whilst there is much talk of leaders of the ‘new normal’ needing to be empathetic, authentic, transparent and more human, very few current leaders display these innate traits or characteristics.

I have no doubt in my mind that had Covid not happened, business and commerce would have moved over time to embrace a much more flexible and distributed way of working, but it would have taken 20 years. This would have been a process of natural osmosis, as older incumbents retired and their mental frameworks of leadership retired with them, replaced by a new, more open-minded group of leaders bringing with them a more outcome-focused approach.

Instead, Covid has caused an unexpected tectonic plate shift in the world of work, which nobody was prepared for. Consequently there are leadership 'tsunamis' and 'earthquakes' happening all over the globe as CXO's struggle to come to terms with the fact that it was their limiting beliefs holding back progressive people practices and ultimately, their organisations.

Holding up a mirror to these leaders and standing firm in the pushback, the denial, is by far the best thing you can do.

The race for business success is never going to be won by focusing on profits, share price, competition or over-obsessing on detail. It will be by focusing on your people. I firmly believe the key to business success is creating an inclusive workplace that fosters belonging, where people are valued highly and have autonomy and permission to define the work themselves in a peer-to-peer, adult-oriented environment.

Today, there are an increasing number of these progressive organisations but they are still labelled as 'outliers' or unique cases that have attributes that cannot be replicated in a traditional 'blue chip' organisation. This is utter nonsense.

It’s this leadership conundrum that presents a unique and huge opportunity for the HR profession. In less than 12 months, leadership today is trying to cope with a shift in the working ethos that would normally take 20 years. And they are just not prepared.

There is no greater group of individuals in the organisation more au-fait with the future of work, and how leadership needs to evolve, than those in the HR team. Senior HR professionals in particular have an opportunity – some would say a mandate – to step-up and become an ally of this new dynamic, and the 'tough' coach that triages leaders through this challenging period.

I say triage because I'm convinced many will not survive it. Their belief system simply cannot change sufficiently or quick enough to embrace the changes we are going through, and still need to go through.

The HR function has perpetually followed the flares sent out by leadership to be more ‘commercial’. The narrative of focusing on the numbers, proving ROI, finding evidence and adding ‘value’ in order to get a seat at the board table has persisted for 30 years, yet very little has changed. What was that definition of insanity from Einstein?!

The HR function has been the poor cousin of the enterprise for too long. Despite having our pockets crammed full with real demonstrable evidence that progressive approaches to people deliver outstanding business results, we’ve failed to move the needle in any significant way.

CEOs should look in the mirror

So, in closing, I'm going to throw down the gauntlet here. If, as CEO, you’re wondering why your business isn’t performing, or more pertinently, why engagement is low, why you have 'performance issues' or why your organisation isn’t as diverse as it should be, then the first place you should look for the root cause is in the mirror. The fish rots from the head.

If you can't do that, if you can't embrace all the abundant evidence of the value of progressive people practices, then quite frankly you probably shouldn’t be in the job. You will be one of those leaders that simply won't survive the triage.

HR should hold that mirror up to leaders

For senior HR leaders, it's time to stand up and be counted. Our existing leaders are addicted to these traditional belief systems. And like all addicts, they need tough love. Holding up a mirror to these leaders and standing firm in the pushback, the denial, is by far the best thing you can do.

If, despite your efforts to coach them through it, they still don't get it, then I suspect they never will. In which case, you should probably leave the organisation. Otherwise you are subscribing to a belief system that you currently don't believe in yourself. And that, I would say, is personal 'integrity' fraud.

If you can't find the personal strength to hold that mirror up in the first place, or you don't subscribe yourself to the value of a more decentralised, people-centric, adult-oriented, outcome-focused, inclusive and autonomous people belief-system then I would say it's probably time to leave the profession.

Interested in this topic? Read 'Is HR at risk of irrelevancy in the changing world of work?'

HR professional by trade, CEO, operator, investor, advisor to startups, blogger, with in depth experience and passion for People and Technology. I have worked in global organisations through to start-ups and led most functions within business including HR, Marketing, Business Development, Product and Technology.

My focus is in the People...

I love the comments about the last 12 months, and the foreseeable future, being opportunistic moments for HR leaders to transform the way in which flexible working arrangements are viewed by organizational leadership.

Also, I couldn't agree more about a people-centric approach being the key to business success. In my opinion, now also seems like a time in which HR should focus heavily on employee engagement through gathering, and leveraging, employee feedback to drive some of these shifts. Great read!

Hi Scott, thanks for you positive comments and im glad it struck a chord. I totally agree with your view that HR should focus on gathering insight and presenting this, robustly, to leaders in order to drive change. Thanks for stopping by. Best, G