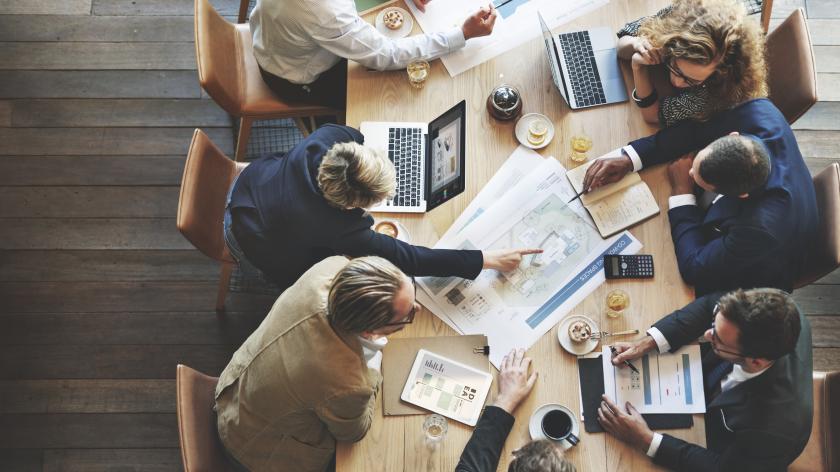 How to use Scientific People Analytics to improve people processes

In the third article of this four-part series, Dr Max Blumberg explores how Scientific People Analytics (SPA) can be used to support human capital decisions made by organisational managers.

In Part 2 of this series I showed how the Human Capital Value Profiler can be used to identify a people process requiring improvement in order to achieve a desired business outcome.

Following on from this, the article below provides a detailed step-by-step guide on  how to use SPA to modify a faulty people process.

Why is a Scientific People Analytics methodology needed?

There is no guarantee that modifying a people process will actually deliver a desired business outcome.

For many businesses, the cost of poorly designed people processes runs into the millions, or even tens of millions, of pounds every year.

For example, consider the opportunity cost of implementing weak recruitment processes that fail to deliver high potential applicants, or learning and development processes that do not deliver the competencies required to achieve organisational objectives.

Scientific People Analytics is a methodology for testing whether proposed people process modifications are likely to deliver the desired outcome. And, if they do not, then alternative modifications must be sought.

What is the Scientific People Analytics methodology?

SPA is based on the scientific method outlined in Part 1 of this series.

This scientific method is the universal standard used for testing claims across a wide range of areas including new pharmaceutical drugs, machinery and, more recently, business processes (such as financial and marketing processes), to name a few.

There are various possible implementations of the scientific method, depending on the problem to be solved and available resources.

I chose the SPA implementation described in this article (see Fig 1) because it is particularly effective for assessing the impact of people process modifications on desired organisational outcomes.

If the differences between pre- and post-modification data are sufficiently large enough, this is taken as evidence that that the process modifications have achieved their objective and that the modified process can be implemented.

Sophisticated analysis can calculate exactly which combinations of employee competencies and compensation levels are most likely to deliver increased productivity.

For more insight into how to implement this SPA methodology, take a look at the four-step guide below.

The first step is to collect baseline data prior to modifying the problematic people process. This should include data from all the Value Profiler levels described in Part 2:

The process data to be collected will depend on exactly which people process is being modified as well as on the nature of the process modifications. For example, when modifying an employee relations process, data may revolve around levels of employee communication; when modifying succession planning, data may involve bench size, number of covers, and so on.

In part 2, I showed that it is not possible to predict exactly which workforce capabilities, KPDs and business outcomes will be affected by modifications to a particular people process. This is because every people process has knock-on effects which potentially affect multiple workforce capabilities, KPDs and business outcomes. For example, modifying a recruitment process is likely to impact:

Ideally, we therefore need to measure all workforce capabilities, KPDs and business outcomes prior to modifying a people process.

Where limited resources prevent this, an attempt should be made to at least measure those factors anticipated (hypothesised) to change as a result of the process modifications.

The next step is to apply the modifications to the problematic people process with a view to reducing its negative impact on a desired outcome.

It is likely that at some point in time, others – either within your organisation or elsewhere – will have attempted to address similar process problems. Therefore it is usually worthwhile to:

Once you have modified the people process, and it has been in use for some time, the next step is to collect post-modification data to determine whether the modifications have led to the desired business outcome improvements.

Data collected here should be from the same Value Profiler levels as the baseline data collected in step 1 above.

Pre-post data analysis can be either simple or sophisticated. Simple analysis merely examines differences between pre- and post-modification data across all the Value Profiler levels (people processes, workforce capabilities, KPDs and business outcomes) as illustrated in Figure 1.

If the pre-post data differences are deemed to be sufficiently large, you can implement the  modified process.

An issue with simple analysis is that deciding whether pre-post data improvements are sufficiently large enough to warrant implementing the new process is a largely subjective process.

More sophisticated statistical analysis not only addresses this issue, but can also determine exactly which people process modifications were associated with improved outcomes. For example, sophisticated analysis can calculate exactly which combinations of employee competencies and compensation levels are most likely to deliver increased productivity.

When testing the impact of people process modifications on business outcomes, it is important to demonstrate whether any outcome improvements were the result of process modifications as opposed to other factors such as general economic improvements or a new leadership team. This is known as controlling for or isolating the effects of the people process.

While A/B testing may be suitable for testing modifications to, say, a new learning and development process, it may not be ethical for testing the impact of modifications to a compensation process. In these cases, it is necessary to use alternative isolation techniques.

The opportunity cost of implementing a faulty people process should always be weighed against the cost of using the SPA methodology.

In reality, control groups are usually more suitable for academic rather than real-world organisational settings. Companies therefore need to find alternative techniques for demonstrating the impact of process modifications. While these techniques are not as strong as the control group approach, they do at least provide an indication.

Should the Scientific People Analytics methodology be used under all circumstances?

SPA requires time and resources to implement; as such, its primary use should be in instances where the opportunity cost of implementing a suboptimal people process is sufficiently large to justify its use. For example:

The opportunity cost of implementing a faulty people process should therefore always be weighed against the cost of using the SPA methodology.

In the final part of this four-part series, I will be comparing the advantages and disadvantages of Scientific People Analytics to other people analytics approaches in common use today. Watch this space!