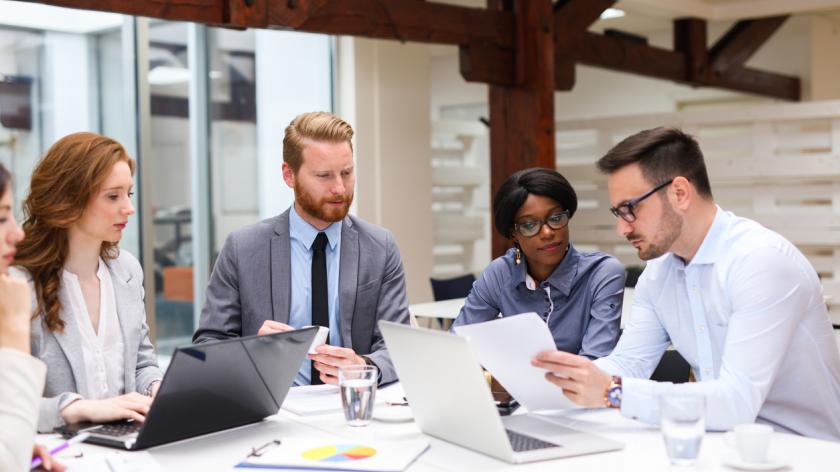 This article is the first in a four-part series explaining how to implement Scientific People Analytics (SPA). SPA is the application of the scientific method to people analytics as opposed to the non-scientific approaches currently used by most companies today.

Because the social and health risks associated with the release of a new drug are significant, pharmaceutical companies are legally required to deploy a process – known as a clinical trial – to demonstrate, for example, that the proposed drug is fit for purpose and that it does not result in unmanageable side effects.

Clinical trials, in turn, are based on a based on the scientific method, a process which uses experimental design and what business people might refer to as a form of analytics to establish causality beyond reasonable doubt (Figure 1).

Figure 1: Proving that Drug A leads to the desired outcome

But the scientific method is not confined only to manufacturing and R&D functions in business: marketing, procurement and finance functions have benefited from its use for at least the last 20 years.

For example, prior to investing in a campaign, analytical marketers use A/B testing – a technique based on the scientific method – to demonstrate which marketing campaign will deliver the greatest return on investment (Figure 2).

Figure 2: Proving that Campaign A leads to the desired outcome (below)

Yet when it comes to people analytics, only a few companies – like Unilever for example – use the scientific method to guide their investments in people programmes (see Figure 3).

Figure 3: Proving that a compensation programme is leading to a desired outcome

Why are these companies not using the scientific method?

There are at least two possible reasons. First, many lower level people analytics approaches can be learned at post-conference workshops or 1-week courses. In contrast, the scientific method requires a significantly higher educational investment, typically a postgraduate research qualification. It may be that some HR functions, unlike their marketing and R&D counterparts, are not willing to make this investment.

Second, the scientific method is not widely publicised because it is not in the interests of technology companies to promote it in their marketing messages. This is because the scientific method requires significantly less technology to be effective than lower-level analytic approaches, which rely on vast quantities of data and technology upon which to display it (rather than analyse it).

There is, of course, a place for lower-level analytics approaches like dashboards, visualisation and HR reporting in people analytics; in fact, they are essential for statutory reporting and problem identification.

The result is that companies that focus purely on low-level people analytics are most likely wasting a significant proportion of their human capital investments. Yet these companies have no idea how much they are wasting nor how to address the issue.

The phrase ‘low-level analytics delivers low-level returns’ has never been truer and is undoubtedly leading to Gartner’s Trough of Disillusionment in the people analytics industry.