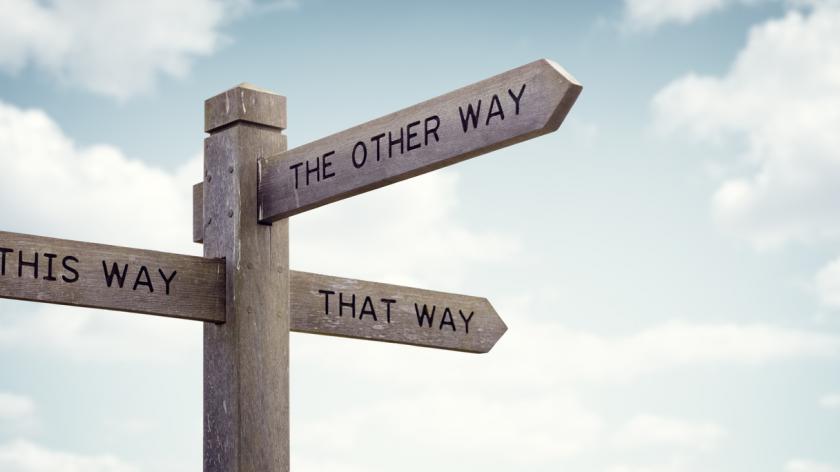 How HR as the ‘critical friend’ can combat unconscious bias

The job of leaders is to prepare for the future, but what if unconscious bias limits their view? How can HR enable people to think beyond the current paradigms and be more strategic in their decision making? Playing the ‘critical friend’ could be the answer.

Imagine the job of senior leaders in the best of times: their job is to make decisions about the future, which – because it hasn’t happened yet – is by definition imaginary. Their role is to create a strategic narrative that tells employees where the company was in the past that’s led to where it is in the present; where we’d like to be in the future, and how we’re going to get there.

It’s remarkably hard for us to shift paradigms and imagine something entirely new beyond the constraints of our current paradigm – so cars were once called ‘horseless carriages’ and internet platforms were ‘bulletin boards’ at first.

Despite this, even in the best of times, there is so much going against their predicting the future correctly. Their own brains work against them – for example:

Then there are people’s individual dispositions:

Of course, in the real world, our dispositions fall somewhere in the grey area between those extremes, and usually depend on context.

On a societal level, too, we face obstacles:

As senior leaders make those decisions, if they aren’t communicated well, you can add another challenge to the list: how employees view those decisions:

This is all in the best of times. I’m not going to talk about the worst of times – epidemics, wars, anomie (state collapse). Let’s talk, however, about the real world – that grey area between extremes.

Imagine the reality of this grey area – all of the challenges and obstacles, the constant stream of new information that leaders have to contend with as they make their decisions about that imaginary future.

The value of critical thinking

How can HR help? I am a big fan of the idea of HR as a critical friend. It’s important to challenge senior leaders when any of the obstacles listed above threaten to trip up their ability to make the best possible decisions. Ask them about what happens if they don’t change, if everything stays the same? Ask them if they’ve tried to refute their ideas, and what they’ve come up with. Challenge their rules of thumb – are they relying on an incorrect heuristic? By doing so, you’ll contribute to vastly improved decision-making.

In HR, you’re also in a position to help engage employees. When I’m delivering training for employee reps about change, I try to help them understand how management are thinking, with a few practical tips. To help shape their understanding of decision-making, I share with them that:

If you’re interested in learning more about unconscious bias and systemic inequality (and how you can challenge it), I have a very short book on the topic, and an online course.

Interested in this topic? Read How unconscious bias means that we get in our own way.