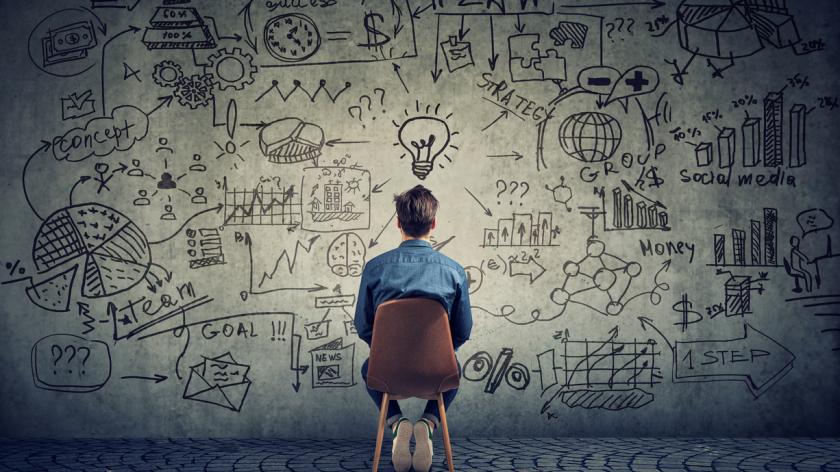 Wellbeing at work: future-proofing your business in a shifting economic landscape

Economic and technological developments are creating a faster-moving and more volatile business environment. Business leaders must pay close attention to employee wellbeing and act now to future-proof their workforce against the challenges this brings.

“Airbus threatens to leave the UK over Brexit” screamed newspaper headlines in the UK, capturing the unprecedented levels of volatility that have overtaken the UK economy. Brexit has injected uncertainty into what was already a tough operating environment – and businesses hate uncertainty.

The result is that many companies are stalling on key investment decisions until the fog clears or, in some cases like Airbus, they’re contemplating cutting their losses and abandoning their commitment to the UK.

Brexit is just one of a number of factors responsible for this climate of economic unpredictability that are identified in new research from the Bank Workers Charity and Roberson Cooper.

Creating Well Workplaces maps out this fast-changing landscape, showing how a combination of technological innovations and economic developments are posing serious questions for both employers and workers.

A battle for talent

For businesses, technological change is a huge factor. There is a dash to digitisation with alarming consequences for companies that get left behind.

In the UK we have a serious skills shortage, particularly in technological areas like artificial intelligence, that are essential for companies in the throes of digital transformation.

This is leading to an intense war for talent, as corporations battle for their share of the most gifted graduates. We also have tech interlopers like Google and Amazon taking on companies in many sectors, using a very different business model.

Meanwhile economic trends aren’t helping. There is low consumer demand following an extended period of slow wage growth – the Resolution Foundation suggest that this decade is set to be the worst for pay growth since Napoleonic times, with some forecasters predicting it may continue for a further ten years.

Add into the mix that the UK population makes a bigger proportion of its purchases online than any other nation, and it’s no surprise we’re witnessing the slow death of the high street.

Meanwhile, a Trump-initiated trade war threatens to unleash further uncertainty on an already fragile economic landscape - plenty of challenges for businesses there.

The report goes on to outline how these corporate preoccupations inevitably cause repercussions for employees.

As businesses get to grips with these challenges they have to adapt and change and this has meant the world of employment is beginning to look very different.

The traditional career ladder has disappeared in most organisations and the career paths of the future will be more varied and disjointed.

Firstly, there are high levels of job insecurity as business models evolve and technology alters the type and nature of jobs available.

The retail sector, which is in the forefront of digital transformation, has 100,000 employees doing jobs now that did not exist five years ago.

It’s anticipated that the pace of technological change will greatly reduce the lifespan for job skills, with some suggesting it could be as little as five to seven years before skills become redundant and employees need to retrain.

We’re seeing an emergent business model that revolves around a slimmed down core of permanent employees, supplemented on an as-and-when basis from online platforms like Upwork.

Factor in the rise of zero hours contracts, the UK‘s long working hours and an always-on culture, and it’s clear why this country is becoming a much tougher environment in which to build a career.

The big question for businesses is how to create a culture that supports employees and allows them to succeed in such a challenging and fragmented world.

The report suggests that that employee wellbeing strategies will be crucial in helping them build the resilience and adaptability they’re going to need.

What it calls for is a new kind of contract around wellbeing that involves a shift away from the existing paternalistic approaches, towards more of a partnership model, where both employees and businesses do their share.

What does that mean in practice? It means that employees will need to take greater responsibility for their careers and for their wellbeing.

A new approach to wellbeing

The traditional career ladder has disappeared in most organisations and the career paths of the future will be more varied and disjointed. For wellbeing employees need to take charge themselves, safe in the knowledge that businesses are creating the right conditions for this to happen.

For employers, that means continuing to provide the wellbeing infrastructure that allows employees to build and maintain their resilience.

The report includes some excellent examples, originating in the banking sector, that embody this partnership approach.

The Barclays ‘This is me’ campaign set out to change the way mental health was viewed across the bank. They created a series of videos in which employees experiencing mental health difficulties told their stories, but in ways that didn’t allow themselves to be defined by those problems.

The stories were very moving and were housed on a microsite where they received tens of thousands of views. It has proved to be such an innovative way of addressing an issue that most organisations struggle with and has had such a huge impact, that many other businesses across London have adopted the campaign.

An outstanding example of an employee-led wellbeing initiative that has been supported by the business occurred at HSBC. Here, a dedicated group of mindfulness enthusiasts built a bank-wide network.

With over 1000 members, it has become so successful that the bank has lent its support.

HSBC funded the training of 25 mindfulness practitioners to support the creation of mindfulness hubs across the bank and to ensure that the network becomes self-sustaining.

It is now going global as HSBC colleagues from other countries seek to replicate its success.

These are great examples of what can be achieved through a partnership approach but they remain untypical.

To make the shift away from the paternalistic model we’ll need to see many more wellbeing initiatives that originate with employees or that have high levels of employee involvement.

Want to learn more about this topic? Read How real-time technology is supporting the future of employee wellbeing.