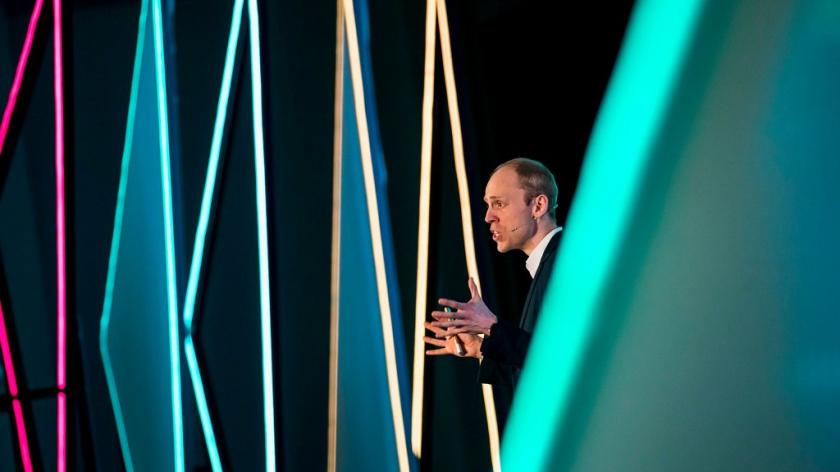 HRZone spoke to Professor Alexander Betts, Professor of Forced Migration and International Affairs at the University of Oxford, before his talk at UNLEASH London 2018 (formerly known as HR Tech World) in March 2018.

Professor Alexander Betts seeks to shift the focus on Brexit to exploring the potential opportunities that Brexit could bring for businesses.

It’s certainly no easy feat to find optimism in Brexit for Britain, but Betts believes that by better engaging with all members of society and tackling the strong social divisions we have today, there’s a potential for social change, a route for innovation and an opportunity “for business to get its house in order”.

Betts highlights that if we look at the voting maps for Brexit, the geographical divisions between remain and leave votes is based on work divisions. Regions that used to have labour-intensive manufacturing jobs (but no longer do) had the highest leave votes, while areas with scientific, technical and service sector jobs had the highest remain votes.

“The future of work lies behind the Brexit voting dynamics”, highlights Betts. But politicians have used immigration as a scapegoat for these changes in the global economy.

We don’t know how Brexit is going to play out, whether we end up with a soft Brexit, a hard Brexit, the Norwegian model, the Canadian model or even if it will definitely go ahead. But this doesn’t mean we need to wait and see what happens, argues Betts.

“Businesses should carry on regardless. We need our organisations to prepare for transformation – and that transformation doesn’t need to be a pessimistic scenario, but could embrace the opportunities by engaging with what brexit signifies.”

We shouldn’t be spending all our time and money on predicting where Brexit will lead, says Betts, it’s also important to look back to what led to the Brexit voting dynamic mentioned above, and find opportunities here for transformation. He outlined three areas of opportunity during his talk:

We know that recruiting and retaining talent is difficult, and Brexit will not help with this. People are already leaving the UK and businesses that are dependant on European young low-skilled labour are feeling the hit.

But what can businesses do to fill this gap? Betts argues that we need to open up our talent pool and look to those that have been left behind, including the 1.5 million unemployed and those that are on zero hour contracts.

“We need to train, recruit and invest in those that feel left behind and alienated,” Betts argues.

Betts highlighted that social mobility has stagnated across the UK and Europe, and has been a taboo subject for businesses to discuss

We need to rethink how we can engage with people who can’t get internships, who don’t have money and so on, as those people are where opportunities for business lie. These people will increase the talent pool, enhance productivity and also bring with them diverse thinking, which has increasingly been shown to be good for business.

But how do we unlock this? Betts argues that we need to give people ways to access internships and training programmes without relying on who they know or how much money they have.

He also points to the fact that it’s not just down to business… national education also needs to play a role in improving social mobility, and a bridge needs to be built between business and education to support this.

Betts believes we don’t need to be quite so pessimistic about automation and should embrace the change: “Machines need people more than people need machines,” he powerfully remarks. The interaction between people and machines is an important one, but the challenge is with the middle-level jobs in the labour market that automation will make obsolete.

Many of these jobs are performed by those who come from a working class background in which you train once and work in that role for life. But this is no longer possible in the age of technological disruption, Betts points out.

Important skills for the future include critical thinking, creativity, emotional intelligence and cognitive flexibility – we need to make these skills far more accessible to people from all backgrounds and emphasise the importance of obtaining flexible, transferable skills.

What’s Betts’ overarching point? “There’s an opportunity for business to not just help itself but to re-engage in progressive social change”, and this involves creating a new model of inclusive globalisation that considers building not just horizontal connections across nations but also deep vertical opportunities within our local communities.

Right now we have a large group of workers who feel alienated and concerned about their future working lives. Alongside this we have companies that are crying out for new talent. Betts shows that we can join this up by using innovative thinking, technology and a dedication to improving social mobility.