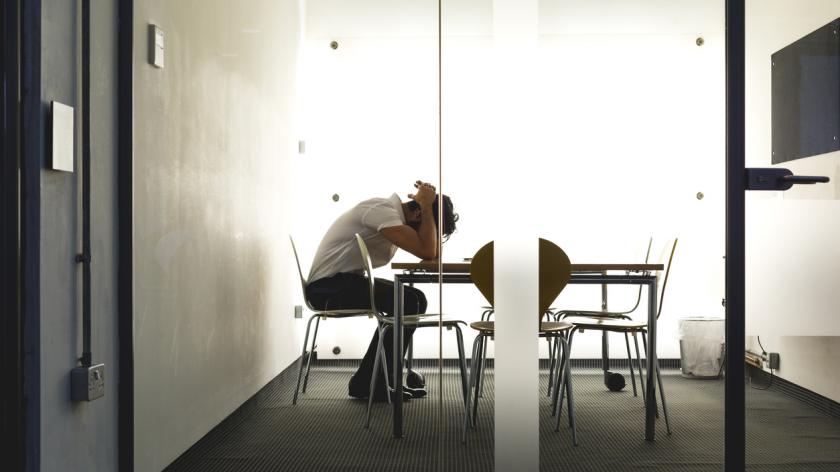 Mental health at work: it’s time to be strategic

More and more businesses are focusing on mental health but their efforts are not quite hitting the mark. To really see positive results, a more strategic approach is necessary.

Mental health has never been as high on the corporate agenda as it is right now and with the government pushing hard for employers to act through the Stevenson/Farmer review, it’s likely to remain so.

Further evidence of progress can be seen in the CIPD’s Health and Wellbeing at Work survey which reveals that more UK organisations than before are taking steps to improve the way mental health is managed in the workplace. 51% of employers report they are increasing awareness of mental health issues and an impressive 83% say they are taking actions to manage mental health at work.

This is all very encouraging, but if we look more deeply into the data the picture doesn’t look quite so rosy.

The steps being taken by those businesses professing to take action to manage mental health are archaic and fall a long way short of the kind of strategic approach that is needed. So what have companies been doing?

The most common measure reported was offering a phased return to work and/or other reasonable adjustments after a period of sickness absence. The second most frequently reported step was providing counselling via an EAP.

Now don’t misunderstand me, these are important resources to have in place, but it’s a mistake to view them as representing some kind of sea change in the way mental health is regarded in the workplace.

Line managers are probably the single biggest influence on the wellbeing of employees and should be the first organisational touch point for anyone struggling with a mental health problem.

But in order for them to fulfil their wellbeing responsibilities and to recognise and support employees who are experiencing mental ill health, it is vital they receive training that equips them to do so.

Yet only 32% of organisations were offering such training to their managers. It was also disappointing to see that just 18% of employers had created mental health champions to help change the internal culture around mental health, despite them having made such a big difference in businesses like Deloitte.

55% of respondents to the survey reported an increase in the prevalence of common mental health conditions, such as anxiety and depression, and 37% of businesses had seen an increase in stress-related illnesses, with only 8% seeing a decline.

Have the banks got it right?

At Bank Workers Charity, we take a keen interest in how UK banks approach employee wellbeing and work closely with many of them to support their wellbeing strategies. What we’re seeing is that banks are prioritising mental health at work, with many making it a strategic priority.

Lloyds’ CEO, Antonio Horta Osorio, wrote an impressive account in the Guardian of how, following his own mental health difficulties, he introduced a range of measures to improve the organisational climate for employees experiencing mental health problems.

At Barclays their “This is Me” campaign, was a landmark step in destigmatising mental health, and it’s now being successfully adopted by many other businesses across the City of London.

Meanwhile, HSBC’s mindfulness network, which has over 1,000 members in the UK bank, has been hugely successful and is now expanding into other countries around the globe where there is an HSBC presence.

These are all initiatives I welcome and they deserve to be celebrated for what they are – innovative measures to address a complex issue that employers have sidelined for years or placed in the ‘too difficult to do’ box. And they’re making a real difference.

These banking successes stand out not so much because they are bold (although they are) but because they form part of a wider organisational focus on mental health.

Why you can’t just ‘do’ mental health and move on

Too often in companies, once a wellbeing initiative has been introduced, the organisational gaze shifts elsewhere. There are so many competing issues to address in a modern business that it’s easy to say ‘we’ve done mental health now’ and to turn to one of the other bright and shiny things out there demanding attention.

It’s vitally important that this doesn’t happen with mental health and that improvements being made in businesses now don’t become isolated successes. We really can’t tackle workplace mental health seriously in a piecemeal way.

A series of events to support mental health awareness week is great, but is unlikely, on its own, to have any long-term impact on the organisational culture.

In order for attitudes to shift and behaviours to change, a more concerted effort is needed, and that’s why a strategic approach to mental health is so important.

What might such an approach look like? There isn’t a one best way to tackle mental health but any mental health strategy would include a number of measures that, in combination, make it more likely to embed required behaviour changes.

This would certainly include upskilling line managers to allow them to properly support the wellbeing of their teams, so that they can confidently handle conversations around mental health, ensuring in the process, that employees get the support they need.

There are still too many organisations in which mental health has scarcely emerged as a corporate priority.

It should involve visible buy-in from business leaders to signal that the organisation is serious about mental health and to give permission for others to commit their energy to the project.

It might include the creation of mental health champions to promote best practice across the business and to be available as a resource for colleagues.

And these measures ought to be backed up by well-promoted internal support in the form of EAPs and occupational health for when employees struggle. And all should sit on a firm foundation of HR policies and procedures, ideally incorporating a mental health policy.

Why should businesses care?

Poor mental health is a societal problem and barely a week passes without newspaper headlines exposing deficiencies in the availability or quality of NHS provision. Of course, the problem needs to be tackled at a societal level, but employers have a role to play too and it’s in their interest to do so.

There is no doubt that mental health has a higher profile in the UK workplace than ever before and there are some outstanding examples of best practice from all business sectors. But there are still too many organisations in which mental health has scarcely emerged as a corporate priority.

Hopefully the accumulation of businesses now taking mental health seriously will exert a positive influence on those yet to start. What I’d like to see is those employers who have already begun to prioritise mental health, but whose efforts are less than strategic, take things to the next level.

Only by doing so will we come close to having UK workplaces that support the psychological wellbeing of all employees.