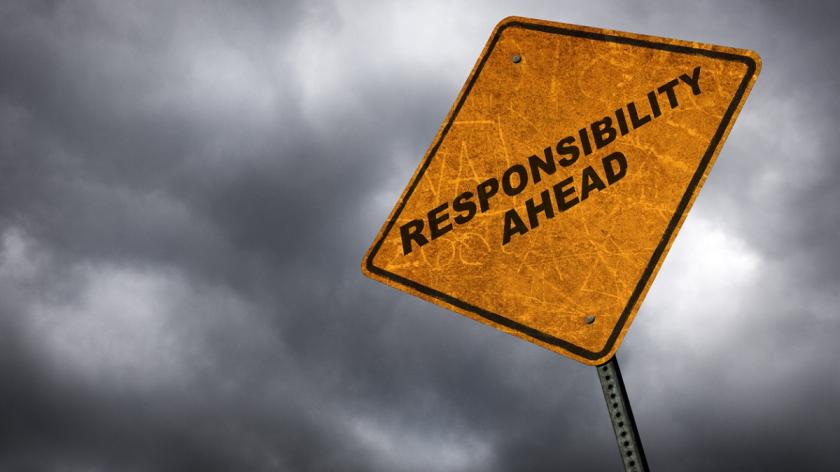 How to transfer accountability when giving autonomy: Part 1

This is the first part of a two-part series from Joe Britto on transferring accountability when you give autonomy. Read part 2 here! Joe is an experienced global leadership consultant with a grounding in experiential learning, psychological coaching and a study of literary theory.

I think it’s fair to say we all want our direct reports to grow in their roles. Some of us might even want our teams to develop leadership qualities. The kind of thing that doesn’t just make life easier for us but sets team members up for success throughout their careers.

But there’s a rub or two. C’mon you knew that was coming.

People make mistakes. And people aren’t always accountable. You want to give them autonomy, but mistakes have a habit of stacking up. A lack of accountability sometimes means important tasks get dropped. And that leads to an honest question: if giving people responsibility and autonomy means dealing with problems, then why not just do it yourself to start with?

Well, that depends on how much you like eating cold pizza and working late.

But let’s say doing the work of your team isn’t your idea of fun on a Friday evening, well, then what? Then we need something else along with giving people autonomy. We need them to not just take on the responsibility but the accountability as well.

This is the first of a two part post. Next time I’ll offer you some practical tips on how to nurture accountability in your teams and businesses.

But first, in this post, I’d like to highlight the trap we too often fall into that actively prevents people being accountable. And I’d like to illustrate that in the form of a thought experiment. It’s more fun than it sounds, I promise. Ready? Then let’s begin.

Imagine you and your team are walking through a forest, one of those magical ones where it’s rumoured you can find the elixir of team accountability. Only problem is at the entrance to this beautiful woodland there’s a mass of fallen trees, overgrown logs and what looks suspiciously like one of those booby traps people always fall into in fantasy films.

Just as your team is getting excited that they’re on a Lord of the Rings style quest a tall man with a long beard and cool robes appears. “You can all get through the forest,” he says sagely, “You’ll just have to put your minds to it.”

When that gets no reaction he sighs and suggests you pair up to help each other through the maze of fallen trees. You all think that’s a great idea, but just as you’re all about to set off our robed friend (let’s call him Fangalf) casts a spell and one member of each pair suddenly loses their sight. Their ‘buddy’ will have to guide them instead.

Undeterred your group enters the forest. Some who can still see tell their other half where to step; they give them detailed instructions on how high to lift a leg, how far to step or where to put a foot. Others take their partner by the hand and guide them through physically. A few even pick up their buddy and carry them through, usually accompanied by screams of outrage or laughter. Turns out having a blind partner didn’t hurt the task at all.

On the other side Fangalf looks unimpressed. “You’ll all have to go back through the forest again,” he says. He shakes his head slowly like a teacher tired of a class that keeps failing. “Although the elixir of team accountability was available at every step, not one of you used it.”

“You see,” he goes on, “doing things for other people like taking their hand, or giving them detailed instructions, doesn’t breed accountability; it breeds dependency.” He pauses for a moment and then adds, “And that’s true even if you think you’re helping.”

The ‘magical elixir’ of autonomy and accountability

Cue huffing and complaining – this didn’t happen in The Hobbit. So Fangalf gives your group a break. But only if one of you volunteers to be his partner.

Raj from Customer Care looks at his team and steps forward slowly.

Fangalf points toward a golden tree at the north end of the forest. “Touch the tree of team accountability,” he says, “and you’ll hold the elixir.”

Raj stays still waiting for the twist he knows is coming.

He isn’t disappointed. “The magic forest will make you blind as soon as you step into it,” Fangalf says. “And I can’t walk with you, so how can you make sure you get there safely?”

Raj grumbles. Someone whispers that Fangalf’s robes still have the price tag on. Others wonder why he’s wearing trainers.

When Raj does move, Fangalf  offers help, “What obstacles can you see, Raj?”

And as soon as he lists them off, Raj comes up with a plan to get around them.

“I don’t have a yardstick” Fangalf says, “So how will you know when to climb over a branch, make a turn, or stop?”

That momentarily stumps Raj, but when he thinks about it he comes up with an idea: “I’ll work out the number of steps between each point now, and then count them out in the forest,” he says a little more excitedly then he’d hoped.

Fangalf nods and watches as Raj works out his step counting plan and then points toward the tree.

Nervous but excited, Raj enters the forest. His eyesight fails right away but he recalls his plan. He counts out his steps, remembers how many steps before he turns right, then left. He continues counting steps and recalls when to climb over a branch.

He touches the golden tree and, sight returned, calls out to Fangalf on the other side of the forest. “I’m here at the tree but I haven’t found the elixir.”

Fangalf nods, a practiced kind of nod. “What does it feel like to have successfully walked blind through the forest maze and touched the golden tree?”

“Great, of course,” Raj says, “but what about the elixir of team accountability?”

“Why did you go to the golden tree?” Fangalf asks. “Because you told me to,” Raj says only slightly annoyed.

“And who came up with the plan to get there?” Fangalf shouts into the forest? “And who made sure the plan worked? Why did you make it work?”

“Because it was my plan!” Raj shouts exasperated.

“And what would you have done if your plan didn’t work?” Fangalf asks.

“Well, I may have run into problems, but I’d have found a way around.” Raj says.

“Because it’s my plan and I want it to work!”

Thanks for indulging that thought experiment. I’m sure you can see what I’m trying to say: getting people to be accountable isn’t just about giving them responsibility. More important than the task and the level of responsibility is the way that responsibility is given.

What I’m suggesting is we can create dependency accidently and wonder why staff are never accountable.

Giving responsibility in a way that breeds self-accountability is the focus of part two of this post. Next time, we’ll take a look at a few practical ways to delegate with accountability built into the process.