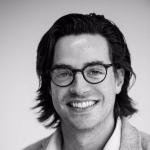 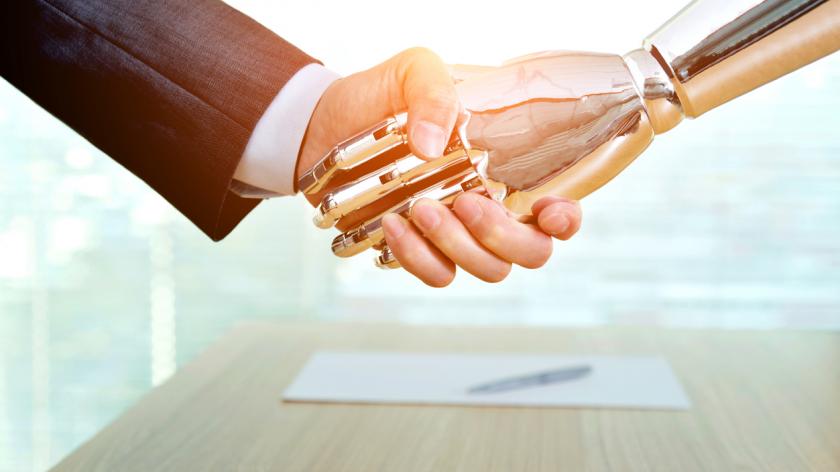 Why human skills remain essential in an AI workplace

We can automate certain jobs, but soft skills are still needed. As new technology is created, different opportunities that rely more on 'the human factor' will open up for employees.

When thinking of the future of work, there are two things that need to be kept in focus: firstly, the advancement of new technology, and second, the five generations of people who exist in your workplace.

The organisations that capitalise on new technology and pursue the ‘human’ opportunities it creates are the ones that will be the real success stories.

With five generations in the workplace, we are living in unprecedented times.

In contrast, generation Z grew up in front of screens and often have superb technology skills.

The consumption of technology is where they excel. They have already automated the mundane repetitive tasks from their personal lives (clear examples are services like Uber and Deliveroo) - and they look to do the same in their working lives.

The future lies in getting older generations to pass down their leadership skills, combining these with the tech skills of generation Z. This is the magical mix of a multi-generational workforce that will see teams and organisations progress.

Meanwhile, the media are publishing headlines saying that AI and robots will take over and that this will be a bad thing - but this is simply a myth. There are some jobs that are automatable, others that are not.

I heard a very interesting example recently, when somebody said “doctors are easier to automate than nurses” and after thinking about this, it seemed to make complete sense.

A doctor is essentially a walking algorithm. The doctor will ask a set of questions to which you give answers, and then they run this through a set of learnt formulas and scenarios and produce a diagnosis - an operation that is perfectly suited to a computer.

Jobs won’t be the same - administrative roles will cease to exist but many more will be created that focus on the development of technology and the creative new ways in which it can be used.

We only have to look at Deepmind and Moorfield eye hospital’s latest project to see this is already happening.

The Deepmind algorithm can detect eye disease as accurately as a doctor. It has a 94% accuracy rate in the detection of 50 eye diseases and can make the diagnosis in seconds.

In contrast, the role of nurses is a completely different proposition. Care, sympathy and comfort are not automatable. These emotional tasks are the domain of the human, and will remain so into the foreseeable future.

Unemployment rates in the UK have dropped since the advent of technology, with new technologies driving new jobs.

We have seen data storage costs dropping, chip technology advancing and the internet is now ubiquitous in the western world, bringing with it a huge diversity of new roles and new industries.

Unemployment in the UK has fallen continuously over the last 30 years and is now down to around 3%.

It’s pretty amazing when you think of the jobs and industries technology has created.

Jobs won’t be the same - administrative roles will cease to exist but many more will be created that focus on the development of technology and the creative new ways in which it can be used.

Environments such as healthcare will always require these ‘human’ skills. What remains the key is getting the magical mix of humans and technology just right.

Taking a very real example of how this shift in thinking needs to happen, we recently worked with a HR manager who was looking at automating some of the roles within the business.

The mission was to automate the mundane repetitive tasks within their organisation and then move the people that currently sat in these administrative roles into the vacancies they were looking to fill in other parts of the organisation.

Together, we developed a plan to match the vacancies to the skillsets of jobs being automated and devised a plan to re-skill those staff. This included the training of a bot manager - one job of the future.

Not only were costs saved, but efficiencies were gained for the whole of the business if you consider the significant savings on recruitment and onboarding costs.

I feel privileged to be talking about ‘good work’ and how we can use technology to improve people’s working lives and make them more creative and interesting. It wasn’t long ago in the UK that there weren’t enough jobs to go around.

Not less but better

Having said all of this, automation is not the answer for jobs that require a high level of skills, diplomacy and the ‘human factor’.

For example, let’s consider Ernest, the patient at a California hospital, whose end-of-life diagnosis was delivered by a robot.

This case shows us that automation is simply not the answer for everything, especially where soft skills are required.

Environments such as healthcare will always require these ‘human’ skills. What remains the key is getting the magical mix of humans and technology just right.

As an organisation, you need to be asking how your workforce’s existing skills can supplement the technology on offer, what roles would be ideal to automate, and what you can do with the time it frees up.

If employers can spot the opportunities presented by new technology, it is then up to them to see how the business can deploy those technologies and evolve employee skillsets.

Interested in this topic? Read AI is increasing the skills gap. But it can help close it too.

David has been advising organisations on how to practically apply modern technologies to their business for many years. His passion now lies in helping complex organisations unlock the full potential of their own people through the use of Robotic Process Automation, while improving the lives of the citizens and customers they support.