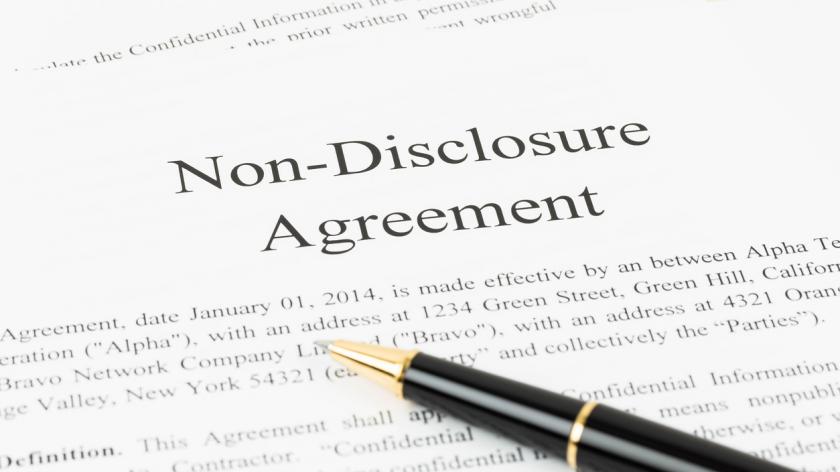 Harassment at work: do we need a crackdown on NDAs?

Non-disclosure agreements (NDAs) are increasingly being used to silence the victims of workplace bullying and sexual harassment, but will a government crackdown do more harm than good?

Last month business minister Kelly Tolhurst announced that the government will tackle business misuse of NDAs after a number of cases where businesses were found to be using gagging orders to hide accusations of sexual harassment, racial discrimination and assault.

At first glance this seems to be a step in the right direction.

NDAs have their place when it comes to protecting sensitive competitive information, but why should organisations be able to get away with harassment and abuse simply because they’ve paid off the victims as part of a vow of silence?

Except the situation isn’t as simple as that.

NDAs are typically part of a settlement agreement. The victim promises to drop charges in exchange for a financial payout. The employer agrees not to fight the accusation at tribunal (and drag the victim’s name through the mud) in exchange for the employee’s silence.

Victims of workplace bullying and abuse often see their experiences, and a decision to speak out about those experiences, as career killers.

They fear that if they take the case to court, win or lose, future employers will see them as litigious and that the reputational damage will follow them around for the rest of their careers.

Very often they are still suffering the mental health consequences of behaviour they may have tolerated for years.

The prospect of going to court, publicly defending themselves when cross-examined by highly paid company legal teams determined to discredit them in a case that could drag on for years, and reliving their experiences over and over, is too much.

The alternative - drawing a line under that chapter in their lives, walking away with a payout and being able to start afresh without the stigma of a court case - is far more appealing.

The bottom line is that without many more fundamental changes in the legal process, cracking down on NDAs is unlikely to protect employees, even those with a valid case.

Without NDAs why would companies ever settle claims? Their deep pockets mean they can often take cases right through the legal system while victims, who cannot claim legal aid for such cases, are further and further out of pocket, especially if they lose the case and are expected to pay their employer’s legal costs.

Even raising a grievance is likely to kick off the legal process.

It’s up to the victim to provide evidence (if you are found by a tribunal to have brought an unreasonable claim you may be ordered to pay your employers costs) even though it’s incredibly difficult to provide a paper trail when it comes to abuse and harassment.

Under whistle blowing legislation there is a hierarchy of who you need to blow the whistle to.

Victims are obliged to go to their employer first - the very people they will find themselves up against in court should they decide to bring a claim.

The bottom line is that without many more fundamental changes in the legal process, cracking down on NDAs is unlikely to protect employees, even those with a valid case.

It is important, however, that companies are held to account for the way they treat their employees and cannot use the failings of our legal system to their advantage.

So, what could be done to improve the accountability of companies while still protecting the victim?

If you’re really worried about sexual harassment you have to fix legal justice system.

How many individuals have the money, capacity or energy to take such a case right through the court system?

As HR professionals, we need to ensure that the legal system can protect our employees just as well as it protects our employers.

An employment lawyer friend of mine has suggested that when a company makes a settlement they should have to notify a regulator about the substance of the allegation.

As HR professionals, however, we need to be much braver in our representation of victims (and ensure we are properly protected if we are the whistleblowers ourselves).

If a specific number of complaints are raised within a set period of time this should trigger an audit.

This system would protect individual victims and the reputation of businesses from the damage of unsubstantiated claims, but would lead to further investigations if there were suspicions that companies were sweeping systemic bad behavior under the carpet.

In addition, the government needs to look at how expensive it is to bring a claim and consider providing legal aid for such cases.

Some of the protection provided to victims of rape in the criminal system could be considered for employees claiming harassment, bullying and abuse.

HR needs to get involved

We may feel that this is the stuff our colleagues in the legal department should be thinking about rather than us.

As HR professionals, however, we need to be much braver in our representation of victims (and ensure we are properly protected if we are the whistleblowers ourselves).

While the company pays our salary, we also have an obligation to protect our employees.

I’ve written before about HR as ‘intentional outliers’ in organisations. We often know what’s going on and are not always surprised when allegations come formally to our attention.

In lieu of anyone else standing up for such employees, we may have to stick our head above the parapet, and even campaign for changes to the law and the legal system.

If our profession isn’t morally obliged to do something to create a safe working environment and accountability for victims, then who is?

We may want to work together to create an independent body of HR professionals who are automatically appointed when a claim is made.

Even if we are brave enough, as internal HR professionals we may not be able to represent the interests of the business and the victim equally (or be given enough support and autonomy to be able to do so).

That doesn’t free us of the obligation to make sure that someone can represent the employee, however.

We need to protect and reward ‘allies’ who speak out about bad behaviour, even if they themselves are not the victims.

In a recent KPMG case two senior female partners left the firm in protest over a verdict that a male partner’s behavior did not amount to bullying.

As HR professionals we need to listen to such voices in our organisations.

If allies are willing to speak up or even step down over a company’s handling of such cases we need to raise our game.

The government’s new guidance will provide more clarity - i.e. confidentiality clauses cannot prevent people from speaking to the police and reporting a crime, and workers agreeing to a settlement will receive independent advice so that they know the limits of the confidentiality agreement.

This doesn’t go far enough, however, in terms of leveling the playing field between the perpetrators and the victims.

If our profession isn’t morally obliged to do something to create a safe working environment and accountability for victims, then who is?

Interested in this topic? Read Social media and the workplace in the #MeToo era.