Bullying in the workplace

The ‘illusion’ of bullying

Thinking outside of the bullying box 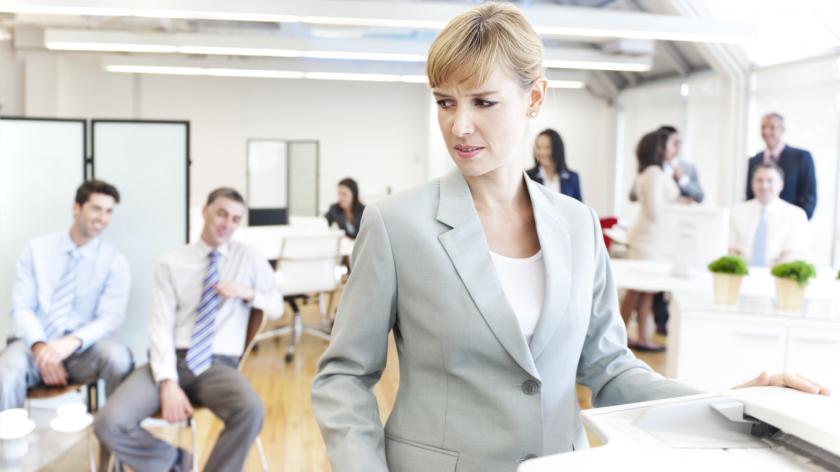 Bullying in the workplace: the ‘illusion’ of bullying versus the reality of harassment

In the first of a new content series, Alan Sharland explores the differences between bullying and harassment in the workplace, and why there isn’t a ‘one size fits all’ solution for each scenario.

We often hear the terms bullying and harassment spoken about together as if they are much the same thing, but harassment is legally defined, while bullying is not. This article looks at why this is a crucial difference to keep in mind for anyone making allegations of either or both, and for those dealing with the allegations ¬– whether that’s the person being accused or the person who is tasked with implementing an organisational response.

The ACAS Guide for Managers and Employers: Bullying and Harassment at Work is an excellent source of information on a particularly important topic. Its treatment of bullying and harassment as if they are ‘pretty much the same’, however, leads to ambiguity in its guidance and subsequent confusion for those dealing with difficult relationships at work.

As a consequence of the ambiguity around what actually constitutes bullying, almost all investigations into allegations are inconclusive and therefore immensely frustrating for all affected

The ACAS guide says the following:

“The Equality Act 2010 uses a single definition of harassment to cover the relevant protected characteristics. Employees can complain of behaviour that they find offensive even if it is not directed at them.

“Harassment is ‘unwanted conduct related to a relevant protected characteristic, which has the purpose or effect of violating an individual’s dignity or creating an intimidating, hostile, degrading, humiliating or offensive environment for that individual’.

The guide goes on to say:

“Bullying may be characterised as:

Offensive, intimidating, malicious or insulting behaviour, an abuse or misuse of power through means that undermine, humiliate, denigrate or injure the recipient”.

I have italicised the introductory phrases about both harassment and bullying because their difference is significant with regard to how organisations can effectively deal with difficult behaviour at work. While there is a single legal definition of harassment, none of the many characterisations of bullying are legal definitions.

When bullying is alleged and responded to in the same way as an allegation of harassment, it can easily create inflated and false expectations with regard to the possible outcomes. In most organisations an ‘investigation’ will occur into both, even though there are no objective criteria by which to assess whether bullying has occurred.

Again, the ACAS guide points out:

“Unless bullying amounts to conduct defined as harassment in the Equality Act 2010 it is not possible to make a complaint to an employment tribunal about it”.

Watch the video below for a more detailed outline of the above difficulties relating to bullying investigations when guidance pairs bullying with harassment.

As a consequence of the ambiguity around what actually constitutes bullying, almost all investigations into allegations are inconclusive and therefore immensely frustrating for all affected – both the person who feels ‘bullied’ and the person accused of being ‘the bully’:

To illustrate this point, in 2014 the Fair Work Commission in Australia started to provide a workplace bullying jurisdiction to investigate allegations of bullying and apply an anti-bullying order where appropriate. Of 701 applications that were received, only three orders were made during 2014.

This subjectivity about the experience of bullying is what leads to so few investigations ever reaching a conclusion, to the frustration of all involved.

Yes, in only three out of 701 applications for an assessment of whether there were grounds to make an anti-bullying order did the FWC find that there were. This is not a failure on the part of the FWC or a result of lack of resources or ‘commitment’. It is a representation of the flawed approach to allegations of bullying that seeks to make an objective finding based on subjectively interpreted experiences.

I am not suggesting that people do not experience very difficult and unpleasant relationships at work, but what I am saying is that taking a detour into ‘proving it is bullying’ rarely works for anyone involved and it becomes a distraction from dealing with the specific behaviours of concern.

Why harassment is possible to prove, but bullying is not

Investigations into harassment are based on an observable event such as a derogatory reference to a protected characteristic of an individual that is discriminatory and persistent. This can be recorded by the victim of harassment and also independently observed by witnesses and, if sufficient evidence is recorded, it is possible to make a legal case.

Even if witnesses interpret such references as ‘banter’ it is irrelevant to a harassment claim. The investigation or tribunal will concern itself not with intention, but with whether there was or was not a derogatory reference to a protected characteristic.

The failure of the ‘investigation’ approach into bullying leads to many seeing their situation as unprotected and ‘lawless’ – for good reason – and so a lynch-mob mentality can arise in response to allegations of bullying.

For example, if I hear someone say, “that’s the problem with you black people/women/men/Muslims/gays (or other protected characteristic)...you all [negative comment]”, I don’t have to interpret the phrase and its intention. I can simply report whether a direct negative reference to a protected characteristic has occurred, and my having done so can be contributory evidence towards a claim of harassment.

If I hear someone say, “what’s the matter with you, why are you so f-ing incompetent?” there is no reference to a protected characteristic of an individual, so the comment could not be seen as discriminatory or potential harassment. Witnesses may interpret the comment as ‘just the boss getting a bit frustrated, he’s just letting off steam’. Some may say ‘he’s really frightening when he gets like that, he’s always bullying people’, while others may claim ‘no, it’s not bullying, I’d just tell him to chill out I’ve got it sorted, and he laughs, tells me to get on with it and it’s all over. Some people are just too sensitive’.

Even if an organisation’s conduct expectations are that swearing is not acceptable, it is entirely possible that other critical phrases that do not involve swearing can be interpreted in similarly different ways.

The illusion of bullying

This subjectivity about the experience of bullying is what leads to so few investigations ever reaching a conclusion, to the frustration of all involved. The argument for any of the interpretations of a critical comment (such as those given above) is equally valid and variously interpreted depending on who is doing the ‘investigation’.

This is why I have, perhaps provocatively, described bullying as an illusion. It is like a ghost, we may think we have seen it, but if we try to pin it down in order to prove it exists we find ourselves clutching at thin air.

A bigger bully to ‘bully the bully’

The failure of the ‘investigation’ approach into bullying leads to many seeing their situation as unprotected and ‘lawless’ – for good reason – and so a lynch-mob mentality can arise in response to allegations of bullying.

How often do you hear the term ‘alleged bully’? It’s rarely (or perhaps not at all) used, because it is a phenomenon that allows a ‘guilty until proven innocent’ approach to be taken. This view is reflected in many ‘anti-bullying’ approaches and some books and websites on the topic which seem to promote seeking or becoming a bigger bully to ‘bully the bully’ as a response (the self-contradiction in such an approach apparently remaining unconscious), rather than seeking restoration of a difficult or broken workplace relationship.

Anyone may feel they have been bullied at work but, unlike harassment, without a legal definition it will and can only be a subjectively interpreted experience, and so can’t be dealt with effectively via an investigation.

If you feel bullied, there is very little likelihood of an investigation outcome being conclusively in your favour. If you have been accused of bullying, there is little chance of an investigation ‘clearing your name’. Likewise, if you are tasked with investigating a bullying allegation you have little likelihood of reaching a clear outcome without the risk of a follow-on appeal against it by one or more of those involved that questions the objectivity of your findings.

Unfortunately, in the majority of workplaces a ‘bullying investigation’ is the only option made available. The argument is usually, ‘make it formal or stop complaining!’

This is why it is important to make more effective approaches available for situations such as these – ones that can accommodate the ambiguity of perception around difficult workplace relationships. This is what I will explore in my second article in this series, Thinking outside of the bullying box.

Interested in this topic? Read Bullying in the workplace: how to monitor and manage unacceptable behaviour.

Great article - really informative and good to see the distinction between harassment and bullying, the latter being a "subjectively interpreted experience".

Thanks (1)
Replying to Emma Morris:

Thanks Emma, I'm glad you find it so. I think it would be much more useful for all involved in difficult workplace situations that we keep separate the terms 'bullying' and 'harassment' so that it can be clearly established which is being explored. One requires an objective assessment via reference to the legal definition so that a decision about whether a legal case will be pursued is appropriate. The other, if no suggestion of harassment or violence or other gross misconduct is present, requires an immediate attempt to help re-establish a respectful and amicable working relationship which is never achieved by keeping people separate and carrying out an investigation into 'bullying' when no clear outcome will be achieved and in the meantime greater and greater division and entrenchment, fear and stress ensues.