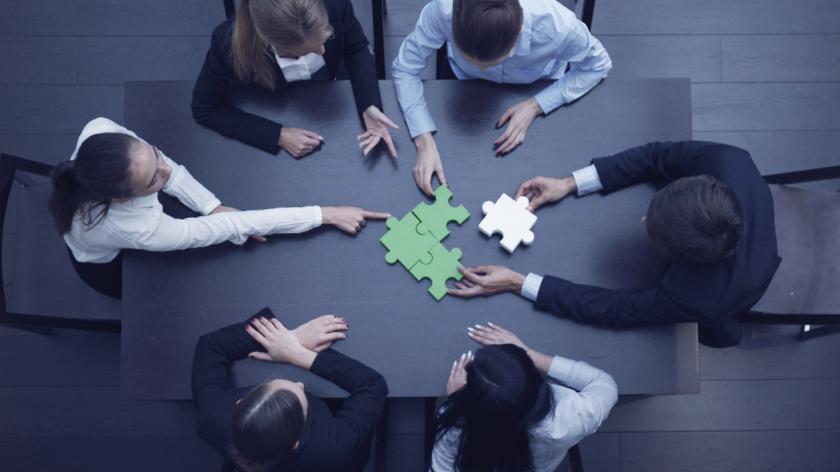 Failure to thrive: is your HR technology actually solving problems?

In the first article in this series, we looked at whether HRDs were effectively ‘flying blind’ – not using the instrumentation that HR analytics provides to effectively tell them where they are going (or at least plot a credible course for their organisation).

Of course, in any conversation about HR software, there’s always a lag between when new technology solutions like ‘big data’ and ‘people analytics’ come to market, and when they actually arrive in workplaces. But if analysts are correct, 2016 finally looks to be the year where the wait will be over.

According to Towers Watson’s latest ‘HR Service Delivery and Technology’ survey, investment in IT systems will seriously take off this year. Its data finds 30% of firms say they’ll replace their core HR system entirely; 40% will migrate to cloud-based solutions, while 12% say they’ll boost their HR technology spending by a fifth.

It’s this investment that will help drive changes in how organisations view their workforces, because it’s through these platforms that new insights are able to be gained, and much faster too.

But here’s the rub.

Statistics like these are all well and good, but there are also some far less celebratory ones: while firms like Gartner predict huge growth in human capital management systems  it also reports 50-75% of all HR projects fail to deliver, and it’s not because the technology is necessarily wrong (this is only responsible for 5-10% of failures), but because it doesn’t create the visibility of people in the business that is often promised.

In other words, it’s the front end that’s the problem; that without proper instruments on show, organisations are still prevented from being able to ‘fly’ properly with what they have been equipped with. In short, if organisations were airplanes, the technology they’ve implemented only really enables them to get off the ground.

After this, and once they’re up, the data suggests many organisations are effectively flying blind – flying without any of the instruments they need to see where they (their organisation) should be going.

“Having a system that tells HRDs everything they need to know is the most important decision HR faces,” says Jeff Fox, head of strategic benefits, AON. “This will define how successful the future HR function will ultimately be, but it actually means the first thing HRDs need to do is step away from the hype.”

He adds: “The temptation can be to focus on the tech not how the data it presents will be interpreted. While the old guard is being swept away, and firms are under pressure to ride the wave, they must tread carefully, and really know what they need to be able to report about the business.”

The nature of 'flying without instruments' in HR

According to the experts, flying without instruments means that when it comes to who is on their plane (their organisation), the captains in the cockpit (HRDs), won’t be able to even identify the basics – such as how many people are even on the flight (the business), and where the best talent is sitting – perhaps their aim is to move up to first class (leadership roles).

“Not having instruments is an admission HRDs have not sought the answers to the problems they initially wanted to solve,” says Steve Hearsum, development consultant, Roffey Park Institute, and a former IT change consultant.

If organisations were airplanes, the technology they’ve implemented often only really enables them to get off the ground.

“The only things HRDs need to be clear about are what questions they need to solve – that is, what business outcomes they want to influence and in cases, predict. Projects which go well are those that see the flight path a company is taking in the context of human development. Not having instruments is not having an approach to, or a philosophy for, change.”

The problem of organisational anxiety

Most crucially, argues Hearsum, flying without instruments can only cause organisational anxiety, which is bad for the sustainability of businesses.

“To stretch the metaphor,” he says, “it would be like telling staff to join a company (getting on the plane) but telling passengers (staff) that you have no idea where they’re going. Passengers may have some faith in the leadership – the pilot – but ultimately, people will soon want to check out or make a transfer onto a different plane."

"Basically, staff have to know where they stand, and what is in store for them if they decide to go on their journey. The key is having the instruments that can tell everyone their place – the tools that tell them how to advance from one destination to the next without people wanting to disembark along the way.”

The importance of a skilled 'flight crew'

David Cruise is director of Change Associates, an organisation that leads large transformation programmes. He says having a lack of instrumentation doesn’t just leave organisations unable to make meaningful decisions, it leaves them bereft of a flight crew (HR team) too that is skilled in reading what the organisation needs:

“HR departments need people analysts – expertise that can convert the information they see into making the right recruitment, retention, training and promotion interventions.”

He says: “Most organisations will have a general idea about what their flight plan is, but what happens when you have to change direction/scope? You need these data people to convert the information. Without instruments you have neither the data, nor any of the in-house skills. There’s no point adding 40 more passengers onto the plane without knowing if there’s enough spare seats available for them.”

Companies that do indeed fly without instruments reveal this only too clearly in their organisational performance. Fairsail’s own research finds 52% of 250 UK-based HR professionals it surveyed admitted they found it difficult to produce reports, workforce dashboards or management insights.

More than half (54%) said they lacked a single employee system of records, and they revealed it can take up to several days to collate and gather accurate data on company employees – by which time it’s frequently out of date.

This so-called  ‘employee invisibility’ means skills are unknown and not understood enough to be deployed in a way that is both organisationally effective, and which provides satisfaction and engagement for employees too.

These behaviours will invariably create low-performing companies. By comparison high-performing companies are much more likely to use data to drive their business decisions. According to a recent paper published by Base Line Magazine  55% of executives in high performance companies said they used analytics, compared to 12% from moderately performing ones.

Most organisations will have a general idea about what their flight plan is, but what happens when you have to change direction/scope?

"These are the people that ask ‘where do you want to go?’ and then use all of the instruments in front of them to work out how to do it. Only when they interpret what their instruments are telling them can they know how to direct the plane without it crashing to the ground.”

He adds: “Perhaps they need more ground-staff before they take off, or more flight crew (managers) to keep staff (passengers) engaged once they’re up in the air. They can only know this through their reporting instruments.”

Kate Russell, managing director of Russell HR Consulting, told us: “It often takes massive effort behind the scenes to prepare the ground so you get a really good implementation. But it’s vital this effort is taken. HRDs need to pave the way and convince other people it achieves the best organisational results.”

She adds: “But more than this, flying well is all about the way organisations respond to challenges, concerns and questions. The best advice is to take adjustments to the process, test based on what the data tells you, and then test again. HRDs must do this until they have a set of instruments that meets business requirements, is workable and finds favour with likely end-users.”

The ability to implement people-based interventions

The alternative is flying without real-time information that makes it impossible to upscale, downscale, and implement people-based interventions that make best use of existing talent and potential talent.

As Chris Murray, head of HR technology, PwC concludes: “Technology gives HR the opportunity to look at the whole HR model in the business. It extends to understanding what service delivery looks like, and what HR’s cost base is, and what information you can give to the business that informs real-time decisions.”

Not having instruments is an admission HRDs have not sought the answers to the problems they initially wanted to solve.

Adds Hearsum: “Any HRD that sees technology for its sake, and as purely in a bubble is in for a rude awakening. You’ve got to ask the question – how is HR going to be perceived in all extremes, when there’s turbulence affecting the plane? Flying with instruments here would amount to flopping not flying!”

To learn the importance of data in decision-making, download HRZone and Fairsail's whitepaper 'Flying without instruments Is your organisation using data effectively?'