Justin Hughes
Managing Director
Mission Excellence
Brought to you by 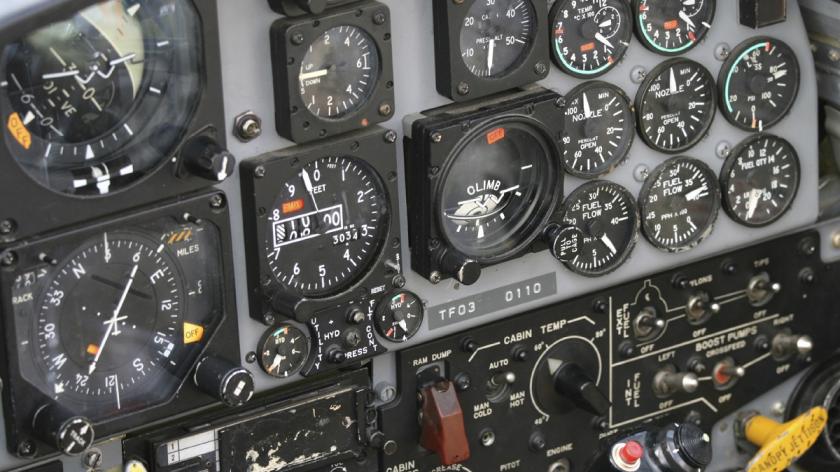 Justin Hughes
Managing Director
Mission Excellence
Brought to you by

Technology in the 21st century means that the use of data for decision-making, which in business, used to be the preserve of finance and possibly marketing, is now a critical tool in areas previously seen as more qualitative, such as HR.  This three-part series examines learning for HR professionals from other areas, on the use of data to support decision-making.  In the first article in our series, Managing Director of Mission Excellence, and former Red Arrows pilot, Justin Hughes, offers insights into decision-making in the most demanding of high-performance environments. At 600mph, the speed of change means that decisions are often made using judgement as much as analysis.  However, the consequences of error can be huge.  How do fighter pilots use quantitative data to support qualitative decisions?

Every fighter pilot mission is planned in enormous detail with extensive use of intelligence, experience and subject matter expertise.

By the time that the pilots walk out to the aircraft, no stone has been left unturned in the effort to produce a comprehensive and detailed plan. The pilots climb into the aircraft and then it turns out that one of the aircraft has a slight technical limitation.

Then the weather is worse than forecast. Then the mission priorities change. Then the adversaries do something unexpected.

But the pilots are still expected to deliver the desired outcome.

In contrast to the planning process, decision-making during execution is characterised by time pressure, ambiguity and information which tends to be imperfect, incomplete or excessive. Intellectually rigorous decisions following detailed analysis and committee meetings are a pipe dream.  But mistakes have consequences…

Sound familiar at all? Every day? Changing internal priorities, a shift in the external environment, competitors acting unpredictably, new deadlines, colleagues pulled onto other projects, pressure in your personal life…  The inconvenient collision of plans, aspirations and the real world is an unforgiving place.

The best you will ever achieve is ‘about right, now’. The key is preparation, which can be broken down into a number of types of scenario.

For situations which can be reasonably predicted, standard operating procedures (SOPs) are used extensively.  If the scenario is any combination of predictable, likely to be repeated and important, why waste time starting with a blank sheet of paper and reinventing the wheel every time?

There is a saying that an exceptional fighter pilot never gets into a situation which requires exceptional ability.

SOPs allow systemisation of good practice and improve flexibility and safety – everybody is working according to the same practices and principles.

It frees up brainpower for the clever stuff.

Situations which might reasonably be anticipated in some form at some point, but which cannot be predicted with enough accuracy to include in SOPs, are addressed through scenario modelling and contingency planning.

You can never anticipate what situation you might face on any one individual mission, but contingency planning, simulation and learning from experience allow you to build a mental database which you can dip into when you need to. The aim is to build high-pressure experience in low-risk environments.

By way of example, consider Captain Chesley Sullenberger who, in January 2009, landed US Airways Flight 1549 in the Hudson River, New York after ingesting geese in both engines shortly after take-off.  All 155 passengers and crew survived and Sullenberger was lauded as a hero.

Several commentaries have used the story of this accident to highlight lessons about communication or crew cooperation, but it always seemed to me that this was more than anything an example of clear thinking under pressure and that Sullenberger’s previous military experience might be of more than passing relevance.

In the context of the discussion above on building the mental database, it is interesting to hear Sullenberger’s own words: ‘For 42 years, I’ve been making small, regular deposits in this bank of experience, education and training.  And on January 15, the balance was sufficient that I could make a very large withdrawal.’

So far so good, but what about the random one-offs, the so-called tail events that were either so unlikely as to be ignored, or completely unpredicted, and maybe unpredictable, until they actually happened.  How can you prepare for them?

You’re now asking a lot of the individuals in the heat of moment but one key issue for high-pressure decision-making is situational awareness: essentially a clear mental model of the situation you are actually facing.

The quality of modern data tools can present an illusion of perfection.

Technology and presentation of information are critical here.  If one asks a general audience about the qualities required of a fighter pilot, responses invariably include hand-eye coordination and spatial awareness.

Both these are relevant, but the differentiation between an exceptional and average fighter pilot is often less abstract: the ability to multi-task and prioritise.

There is a saying that an exceptional fighter pilot never gets into a situation which requires exceptional ability. Staying ahead of the game is a lot easier when the use of data and technology to support decision-making are optimised.

The Use of Technology

A modern fighter aircraft has multiple sources of data through several different sensors.  In theory this is great (big data!), however unless the data itself is filtered and prioritised, it will only produce information overload.

The challenge in modern fighter design is not just sensor design, but data and sensor fusion – combining information from multiple sources into a simple coherent ‘picture’ which can be quickly assimilated.

This synthesis is a critical decision-support tool, but it is essential to remain aware that the presentation is actually synthetic. The quality of modern data tools can present an illusion of perfection.

Current technology supports ‘the man in the loop’ but does not replace him or her.

In practice, it is essential to also know the limitations of the data, and the degree of conviction in what is being presented. Current technology supports ‘the man in the loop’ but does not replace him or her.  Ambiguous and/or intrinsically complex situations still require human beings to exercise judgement.

In essence, the aim is to use technology to optimise the support of the decision-making process.  In the perfect combination of human, technology and performance outcome, no pilot will get into a situation which requires exceptional ability.

We see all of the above scenarios everyday with our consulting clients. What tasks can you systemise through SOPs and checklists to free up your brainpower for the clever stuff?  How do you build your mental database for when things go wrong?

And how are you using the vast amount of data now available? Are you blinded by it and lost in the fog and noise, or are you using technology to simplify situations and support decision-making?

To learn the importance of data in decision-making, download HRZone and Fairsail's whitepaper 'Flying without instruments Is your organisation using data ineffectively?'