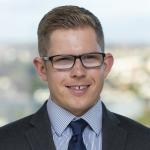 Brexit and the free movement of people: where are we now?

As debates, discussions and negotiations continue to rumble on inside Westminster, the government's position on the free movement of people in the event of a no-deal Brexit has changed significantly in the last few weeks.

As we approach a possible exit from the EU on 31 October 2019, clarity on the rights of EU, EEA and Swiss nationals in the UK remains crucial for employers.

If the UK leaves with a deal

The EU Settlement Scheme has been open since March 2019, with over 1 million individuals already having registered.

Research suggests, however, that there are over 3 million individuals within the UK who are eligible to make an application. Clearly, there is still significant progress to be made.

As things stand, those resident in the UK by 31 December 2020 would be eligible to make a scheme application.

This is because – although the UK would leave the EU on 31 October 2019 as things stand – the deal with the EU negotiated by Theresa May contains a transition period until 31 December 2020 during which EU law would continue to apply.

In the event of a deal, the deadline for submitting an application would be June 2021 – six months after the residence deadline.

In practice, this means that EU, EEA and Swiss nationals could enter the UK after Brexit and still have a means by which to secure lawful future residence in the UK.

If the UK leaves without a deal

Unsurprisingly, the position on a no-deal Brexit would be a bit more complicated.

If the UK leaves the EU without a deal, the Settlement Scheme would still operate, but the eligibility deadline for residence would not be 31 December 2020; it would be the date of the UK's exit.

The deadline for applications to be submitted would be 31 December 2020 in these circumstances – as much as 14 months after the residence deadline.

For those EU, EEA and Swiss nationals who are not resident in the UK by exit day and arrive after Brexit (but before the end of 2020), transitional arrangements will apply.

Transitional arrangements were initially proposed some nine months ago by the May administration.

Under these proposals, such individuals would have been entitled to temporary leave to remain for a three-year period – following which a further application would be required to remain in the UK under a new yet-to-be-announced immigration regime.

Last month, the new Home Secretary cast doubt on these proposals by suggesting that transitional arrangements would not be implemented and free movement would instead end automatically after exit day.

This proposal attracted widespread criticism and in a significant change of tack, the Home Office last week confirmed that transitional arrangements would indeed be implemented.

Although not absolutely identical, the proposals announced last week bear a striking similarity to those originally proposed under the May government.

Irrespective of whether the UK leaves the EU with or without a deal, the UK's immigration rules will require amendment to deal with the differing treatment of EU, EEA and Swiss nationals post-Brexit.

A whitepaper released under the May government suggested an implementation date in 2021 and last week's Home Office announcement reinforces that date.

The Johnson government has committed to "a new points-based immigration system built around the skills and talent people have – not where they are from".

What can businesses do now?

Although there is clearly uncertainty in a number of areas, it appears settled that – in either a deal or no-deal scenario – EU, EEA and Swiss nationals resident in the UK by ‘Brexit day’ will be eligible to make a Settlement Scheme application.

Given the ongoing political uncertainty and although there is clearly still plenty of time for applications to be submitted, it would be wise for businesses to encourage staff working in the UK on the basis of free movement to make their applications without delay.

For businesses who may be recruiting EU, EEA or Swiss nationals who are not currently resident in the UK, ensuring that such individuals are resident in the UK by 31 October 2019 should remain a priority (given the risk of no-deal).

Carrying out staff audits to identify those working in the UK based on free movement rules – and keeping such audits regularly updated – remains key.

This will help to establish a business' reliance on such workers and whether Settlement Scheme applications have been made.

Finally, all employers should note that the provision of immigration advice is a regulated area and providing unregulated advice can constitute a criminal offence.

The government has produced a number of guidance documents and a Settlement Scheme toolkit to assist EU, EEA and Swiss nationals.

Individuals can by all means be directed to such documents, but should be advised to seek independent immigration advice from a regulated practitioner if they are seeking detailed advice on their current situation.

Interested in this topic? Read Business after Brexit: the changing needs of UK employees.

Fraser is a Solicitor in the Employment team of national law firm TLT and regularly acts for employer clients in both contentious and non-contentious matters. In addition, he also has significant experience in advising clients on complex business immigration and right to work matters.  Fraser is a member of the Immigration Law Practitioners'...