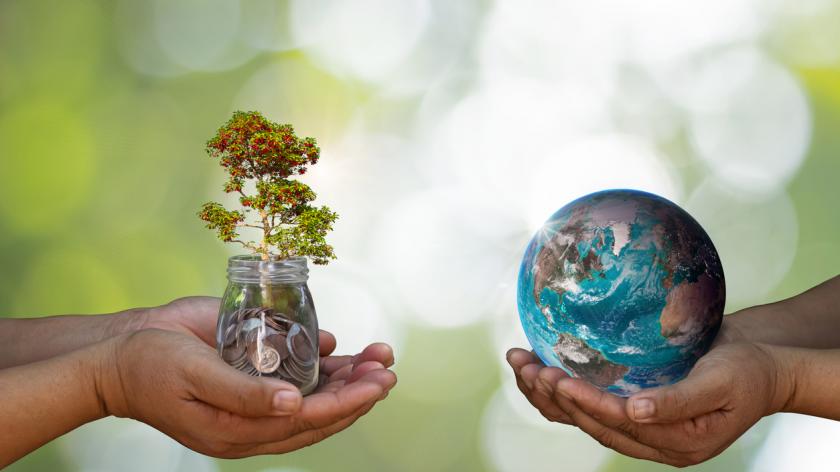 If these companies can transform themselves into forces for good, then so can yours...

There are many organisations putting an outstanding effort into improving their social and environmental impact. To give you the drive to do more good no matter what industry you’re in or company you work for, we’ve drawn up a shortlist of organisations that you may not have predicted as being at the forefront of social responsibility.

Employers cannot afford to continue with ‘business as usual’ if this involves a big carbon footprint, excluding disadvantaged people or minority groups, data misuse and other toxic activities.

Companies do not need to have started from a ‘good’ place in order to do good now. In fact it is not only possible to transform your business into a socially responsible one, it is critical to do so. Aside from it being the morally right thing to do, employees and consumers now increasingly expect the businesses they work for and buy from to be engaging in ethical and sustainable practices. If employers don’t respond accordingly, and put more value on people and the planet alongside profit, they may struggle in the coming years.

Here is some insight into how three companies – Lego, Norvo Nordisk and Microsoft – are doing their bit for society and the environment while still making profit.

Back in 2014, GreenPeace posted a video that went viral putting pressure on LEGO to not renew a multimillion pound deal with Shell. Since then, the Danish toymaker has transformed itself and now places huge focus on corporate social responsibility (CSR).

You may rightly question the company's recognition in the CSR space given its mass production of plastic building blocks for children’s play. LEGO is well aware of this unsustainable predicament, however, and in 2018 launched its first range of blocks made from plant-based sources.

This is the first of many steps it’s taking to achieve its goal of making all Lego bricks sustainable by 2030. It is also working towards sending zero waste to landfill by 2025 (already 93% of any waste is recycled or reused). With investments made in offshore wind farms, all energy outputs are balanced by renewable energy.

The organisation is also focused on having a responsible supply chain and protecting human rights. In addition, embodying its key message of learning through play, LEGO has set up various initiatives to empower and educate children across the world.

Big pharma has a bad reputation for immoral practices such as unaffordable pricing, dubious marketing campaigns and not investing in cures if there’s no money in it. Corporate Watch refers to the ongoing actions of pharma bohemaths as ‘corporate inhumanity’.

Standing out from the pharma crowd, however, is Danish company Norvo Nordisk. As the world’s largest supplier of diabetes treatment and with tens of millions of people unable to afford the insulin required to treat the disease, it strives to improve affordability and accessibility of these life-saving insulin pens across the globe. It focuses its efforts heavily on those who are most vulnerable within developing countries.

Norvo Nordisk is also striving to have zero environmental impact. This year it is set to be using 100% renewable energy across all of its production sites, and by 2030 it is aiming for zero CO2 emissions from all operations and transport. Efforts are also underway to make products more eco-friendly so that they don’t end up in landfill.

Technology is another industry known for its morally dubious ways – with various data breach scandals, sexual harassment issues and the glacially slow progress in diversity and inclusion all making recent headlines.

Being known for its toxic culture, particularly among the executive team, you may have grouped Microsoft among these infamous tech giants. It seems that this reputation was turned around when CEO Satya Nadella took over in 2014. While the likes of Google and Facebook are being criticised for their lack of transparency, Microsoft is spearheading ethical behaviour in tech. Last year it introduced new steps to better categorise the data it collects and bolster the documentation on why it collects specific data to increase transparency.

Despite its former hostile reputation, the company has been focused on ‘giving back’ since 1983, when teams of employees would compete to raise the most funds and win the chance to dunk co-founder and former CEO Bill Gates in the campus lake.

Today, in an effort to help combat the huge tech skills gap and lack of diversity in the industry, Microsoft funds programmes that provide computer science training across 41 countries for millions of young people – over 50% of participants are females and 80% are from underserved communities. This is part of a wider initiative ‘Microsoft Philanthropies’, which is also committed to providing tech to nonprofits, community engagement and employee volunteering.

Going one step beyond many in the sustainability arena, the carbon neutral company is aiming to have removed all the carbon it has directly emitted since it was founded in 1975.

These are but a mere few examples of what social and environmental impact can be achieved when employers aspire to become a force for good. For a more comprehensive list of socially responsible workplaces you can download the most recent Global Corporate Responsibility RepTrak report.

There is also a new type of ’conscious’ corporation on the block, the ‘B Certified Corporation’. Over 3,000 companies across 150 industries and 71 countries have joined up including Ben and Jerrys, Hootesuite and Danone – these organisations are now legally required to balance purpose and profit in their decision making.

Your business may be a long way off from having the kind of impact these companies are achieving, but this mustn’t deter efforts to turn the dial on social responsibility. Employers cannot afford to continue with ‘business as usual’ if this involves a big carbon footprint, excluding disadvantaged people or minority groups, data misuse and other toxic activities.

For guidance and direction from expert commentators on how to build socially responsible workplaces, explore our latest content hub.