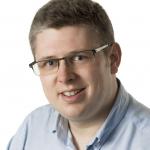 It is more than 200-years since 19-year-old Mary Shelley published her widely acclaimed novel, ‘Frankenstein’– known to some as ‘the first work of science fiction.’ Although it was popular at the time, even Shelley, with her remarkable foresight could not predict how popular her novel, or the genre she was forming, would become.

Today, science fiction (SF) is an influential force, not only as an industry, where stories can generate billions in revenue, but as a cultural resource – a way to engage with and imagine different futures, good and bad.

It is not uncommon for science fiction to be invoked when trying to make sense of the many technological changes or innovations with which we might be involved and affected by.

In HR, enthusiasm for SF is not a given. It is tempting to dismiss SF as being irrelevant - as overly concerned with aliens or shiny spacecraft – the stuff of fantasy.

To some small extent, this is true of the genre, but to stop there would be to discount many of the ways in which SF can offer tools for HR and organisations more broadly.

The SF imagination is of a particularly powerful type, and one that organisations could benefit from developing.

In particular, SF can play a hand in developing a workforce’s imagination for the future - something organisations have traditionally been bad at, preferring to repeat/improve existing approaches and cleave to short-termism, and at times failing to imagine crises on the horizon.

SF as a genre treads this pragmatic and creative line between reality and fantasy, helping develop those who engage with it into powerful storytellers.

A recent study with Danish CEOs floored them with an interview question asking them to imagine where their companies would be in 200 years’ time.

In contrast, SF Professor Istvan Csiscery-Ronay has argued that SF fuels and develops our imagination in no less than seven ways – such as by including new language, unexpected new changes, and images of transformed societies.

As recently as July 2019, The Economist published an article linking SF with scenario planning and trend spotting.

Modern organisations are often intensely oriented toward the future, so it is hardly surprising that SF might be useful for them to reflect on possible futures and/or understand changes in the present.

Many companies and start-ups are now hiring people with SF backgrounds and futuristic interests, most recently the French Defense Innovation Agency (DIA), and Google.

One reason for this may be the way the particular stories of SF, like HR, mix science, politics and intuition into powerful arguments about scenarios to either seek or avoid.

There is a growing awareness that organisations and their visions run on storytelling and fiction - a test of a good story being how plausible it can remain as it appears to diverge from reality.

SF as a genre treads this pragmatic and creative line between reality and fantasy, helping develop those who engage with it into powerful storytellers.

Furthermore, SF helps to inform workplace stances toward disruptive and innovative technologies, ourselves and other humans.

Its creative views of humanism, humanity and what it means to be human very much reflect the ‘H’ in HR.

Alternatives: ‘other than what is’ and ‘what may be’

As well as helping HR to foster employee imagination and critically ask questions about the future, SF is also concerned with alternatives - SF stories speculate and design alternative organisations and economic futures.

Consider that recently some candidates have been interviewed for a job by a robot instead of a human.

We might imagine what the pros and cons would be, the best case and worst-case scenarios, a whole organisation where parts of HR were carried out by robots, and what that might do to the employee experience.

The biggest questions facing workplaces today can often be posed as ‘what if’ questions about the size, structure, and ownership of organisations and work.

What if no one came into work, what if employees were replaced by AI, what if we are under surveillance without realising, and what if we further enhance our bodies and minds through technology?

The dangerous and the diverse

Much SF overlaps with satire; serving as social and political commentary on the dangers of present trends forking into alternative futures.

These cautionary tales should be taken seriously in terms of HR and risk management - employees burning out or leaving the workplace in droves, hungry for alternatives.

HR should be able to use SF as a resource to have informed discussions and reflections on technology, science, humanity and nature.

Furthermore, whether the visions are disturbing or encouraging, SF has always had culturally diverse forms of expression, and continues to reflect international diversity, as HR will find in many workforces.

China is producing popular SF which tries to make sense of threats and changes to humanity, including climate change, cashless societies, roving drones and wearable devices.

Ultimately, SF is not a magic wand or foolproof guide to the future of work - of course it isn’t. It is an ally and imaginative aid for questioning the reality of the employee experience of digital transformations.

It invites democratic social commentary on technological trends at work, and reasoned speculation about (un-)desirable futures of work and the HR function.

On the side of employees, HR should be able to use SF as a resource to have informed discussions and reflections on technology, science, humanity and nature.

To establish who is a friend and who is a foe in the interests at stake in technological changes, what the scenarios are, and the emotional experiences and attitudes that come with that - hopeful, despairing, humorous or practical.

On the side of the HR function and profession, HR can use SF to own, imagine and explore its own future scenarios.

Such reports - on HR in 2030, for instance - do already exist but are often reduced to a few boxed options or ‘glimpses’.

It might be better for HR professionals to restyle themselves as experts in SF and futurology, also sometimes called future studies and futurism.

Sometimes SF is related to talk of the ‘posthuman’ or the ‘transhuman’ as our relationship with technology and nature changes what it means to be a human being in some unexpected way.

Some commentators would have today’s employees, surrounded by devices and networks, all called ‘cyborgs’ - a very SF term.

How can HR make a start on using SF to boost employee and managerial imaginations and evaluations of alternative futures and possibilities?

On the SF side, reading/film/TV groups based on SF genre lists/awards would be helpful, and with creative ‘futures’ competitions and staged SF debates at work playing a role too.

The Financial Times Summer 2019 SF book list includes tales of body modification, cloning, the humanity of AI, and alien domes in our midst.

Allegories and metaphors and extrapolations relating to the present day abound - content that is both familiar and strange.

From the side of the world of work, why not form a work group and compile/consult a list of 101 ideas, things, and people changing how we work today, linking them back to works of SF?

Part of the future is always with us, and SF is a resource that helps us shape and prepare a thoughtful response to it today, rather than when it’s too late.

Interested in this topic? Read Creating a company culture: a collaborative storytelling approach.