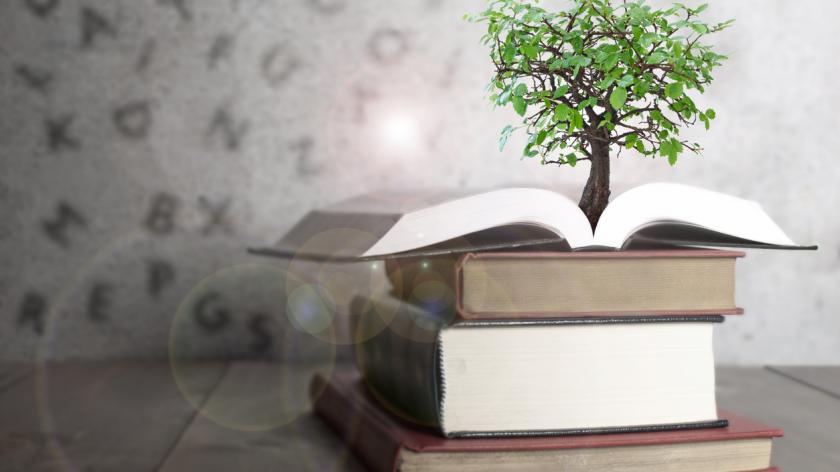 The current crisis has brought the issue of company culture into sharp focus, as organisations battle to keep employees motivated and engaged under challenging conditions. Now is the time to ask whether the culture you set out to create matches your workers' experience of it.

When discussing the idea of company culture, it’s helpful to imagine the process of writing.

For me, this often starts with a vague idea, and my head is filled with related ideas, supporting ideas, ideas that seem only loosely related, and even contradictory ideas.

Eventually, from all that, I pull a linear story out, that cleanly moves from point to point. It will have a beginning, a middle and an end. My readers, hopefully, will have at the very least understood my argument, and perhaps even have been swayed by it.

Will it be perfect? No. Will I have been able to address everything I wanted to, every last idea? No. But ideally, I’ll have managed to create some significance, some meaning, from a chaotic, messy beginning.

I wouldn’t have been able to do without the chaos and mess of that beginning. That’s where the creativity lies - for me, anyway.

I like to use this as an analogy for culture. In fact, what I’ve done here is that I’ve used the process of writing as a metaphor to explain culture, since culture is notoriously difficult to define.

Think of it this way: every individual has their own lens through which they see the world. That lens has been shaped by the myriad experiences that we’ve had, the information and knowledge that we’ve learned and acquired over time.

Culture is something you continuously tweak: recognise that culture is never, ever cut and dry. There will always be some chaos, some messiness, and some discomfort - and it’s not a bad thing.

How we understand the world, therefore, is an approximation. It is metaphorical, and everyone’s metaphors will be different, even if only slightly so.

Culture is also an approximation. It is a best-guess approximation of the values, ideas and behaviours of as many people as possible, to allow as much understanding as possible.

Like writing, the goal is to find meaning – that clean logic, a clear line – and rule out as much chaos and mess as possible, to create the most consistent, comprehensive and coherent narrative for the greatest number of people.

Does it catch everything? No. Is every individual’s reality represented? No. Ideally, what will emerge is some meaning, and some shared values that everyone can understand – or define themselves in opposition to.

The goal is to explain away as much chaos and mess as possible. Of course, you’ll never get rid of those things entirely, and I don’t think you’d want to – again, I think it’s where creativity, growth and change lie, in the myriad ways that people think and question the status quo.

So how does this apply to corporate culture? It’s the same principle – pull out a clear set of values, a logical storyline, and your people will follow.

While a national culture or a subculture is too hard to sway (despite people trying), a corporate culture is enough of a microcosm that you can perhaps shape the fabric a bit, if you’re up to the challenge.

What exactly is the nature of this challenge? Again, because we’re dealing with a collection of individual lenses, I think that instead of the nice, clean transactional data that people like to collect, you have to start to root around in the ambiguity of metaphor.

Don’t paper over people’s discomfort: recognise, too, that those areas that are a bit undefined or a bit uncomfortable is where growth, change and improvements happen.

Instead of a staff survey that asks about whether you have a best friend at work, you’d want to ask questions that help you understand those individual metaphors, and look for commonalities – both in terms of where people are uncomfortable and where they’re comfortable in the workplace.

‘This sounds a bit mad’, I can hear you thinking – but it’s a useful exercise to tease out the symbol that represents the experience, and thus provides metaphors for use in further elaboration.

It helps you to figure out how close of an approximation the culture you’ve defined for your organisation is to the real experiences of the people who work there.

You can then, at the very least, assess whether your people see your organisation positively, negatively or neutrally. You might identify where the problem areas are, and shape your organisational culture to communicate more effectively in those areas.

Culture is an approximation, a metaphor, a story. If you can identify which bits of that story are ringing true with people, and which aren’t, it gives you the tools to identify the former, and to address the latter.

Some ideas to take away:

Want to learn more about this topic? Read How to take control of your company culture.