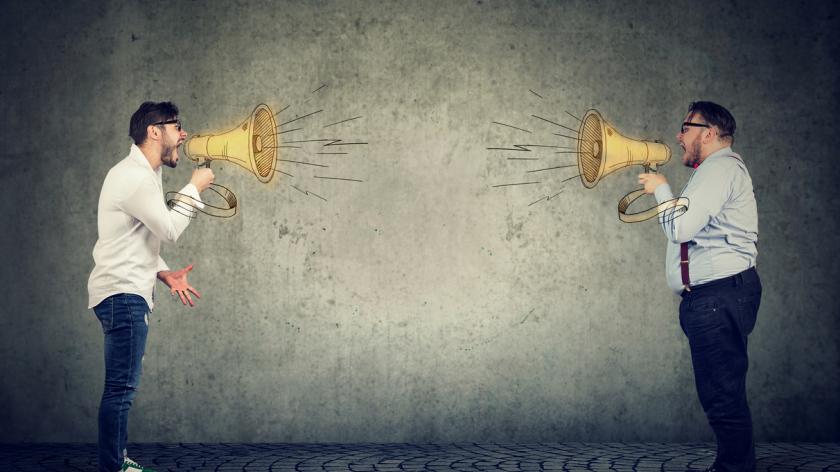 Hybrid working: Why it’s time to stop debating the future of how we work

Where many employees will work in the future has been debated to death over the last 12 months. But pre-pandemic the trend for flexible working was already growing. It’s time to ditch the discussion and give people what they want – the freedom to find the best way of working for them.

I’ve read hundreds of articles and studies about what employees want in the future, and while there are cohorts who will remain solely home working or office based, it’s clear that the vast, vast majority want to work in a hybrid fashion across multiple locations.

For those of us that have been watching the workplace’s evolution over the last 10 years, this isn’t news. In 2019, the Bureau of Labor Statistics reported that a quarter of US employees were doing some or all their work at home.

A few years prior, I was predicting the future of work would see widespread home working and, more importantly, employees having choice over where they work.

In my 2016 book, A World of Good: Lessons From Around the World in Improving the Employee Experience, I stated: “Whatever your preference, employees should be able to choose a workplace and way of working that fits in with their own personality. If they are producing results, where an employee works is no longer as important to how they work.”

But my ‘predictions’ were based on a fast-growing trend. What we didn’t know during this time was that a pandemic would accelerate that prediction by a decade.

Whatever your view on the future of the office, it’s clear the old ways of working needed to change.

Even just five years ago, I was met with friction from people who (for whatever reason) wanted the office to remain the centre of an organisation. These people were convinced work couldn’t be done remotely, that their employees couldn’t be trusteed and that home working was some kind of leftist liberal idea.

In one of my last talks before the first UK lockdown, an audience member told me hybrid working “couldn’t work in my organisation”. They refused to believe what I was saying. This organisation is now 18 months into successfully working from home, and they have also recruited remote employees that don’t even live in the same country as any of their offices.

Some major studies have examined home working since the start of the pandemic. In one study, research looked at knowledge workers in 2013 and again in 2020. They found that working from home helped employees to focus more, spend less time in unproductive meetings and spend more time with customers.

One of the largest studies by Standford University found that after nearly a year of home working productivity increased by 13%. Other studies have put this increase as high as 77%. So rather than continue to push against this evolution, we could do better to understand exactly what it is about home and remote working that our employees like so much.

When you ask newly remote workers what they want from the office, meetings aren’t it. According to a global LinkedIn survey, around 70% of employees say they want the office to help them collaborate and socialise. Half of them say they don’t want to return to the office just do meetings they could attend at home.

Whatever your view on the future of the office, it’s clear the old ways of working needed to change. When conducting research for my book, I dedicated a whole chapter to the failure of the open plan office. Bürolandschaft was a German movement in the 1950s to open up workplaces and install open plan offices.

Bürolandschaft was designed to encourage egalitarian management as well as creating an environment that would produce more communication and collaborative working. But as the world embraced this way of designing offices, it wasn’t long until evidence emerged that it was achieving the opposite to what it was intended to do. The proximity to our colleagues was giving us too much communication and spontaneous meetings/conversations that were eating away at our productivity.

Office-first environments will soon fail. Offering true flexible working is about empowering people to find the best way of working for them as individuals and as teams.

Even before the pandemic, many psychologists were interested in the physical workplace and specifically what they call ‘cues of belonging’. These are signals embedded within our workspaces that tell us if we are welcome there or not – if we fit in or if we don’t.

The latter was filled with science fiction books, Star Trek and Star Wars posters etc. After just a few minutes in the non-stereotypical room, male students expressed a high level of interest in pursuing computer science, but female students were less interested. But the female students’ interest increased significantly (and exceeded that of the men) after spending time in the stereotypical classroom. This and subsequent research conducted by Cheryan has found that the place we work can heavily influence our thoughts and our performance.

How we feel in the places we work and our sense of ownership over them has long played a part in performance. Many studies have shown that sports teams tend to win bigger games when they play on their home grounds. The spaces we work in not only have to make us feel like we belong, but they also need to provide us with cues of identity, our interests, our sense of humour, our achievements, and hobbies.

We have growing evidence that people are more confident, capable, and productive in spaces they consider their own. In fact, the difference in productivity can be as much as 30% between working in a bare space like a plain office compared with working from home, where a person’s sense of belonging is heightened.

While the workplace has evolved, it’s not without its problems.

The last year has given us some warning signs about employee wellbeing we have to listen to. For example, four out of five employees say they find it hard to ‘shut off’ in the evenings. But this doesn’t mean we should cast aside the significant desire for most people to work from a location that works for them, their productivity, and their health. The lesson among all of this is that we can trust our people to find the best way of working for them. We must evolve with these new problems and not use them as an excuse to regress.

At the time of writing, there are 1.7 million active job adverts in the UK – a record breaking number. With a quarter of these jobs being considered ‘hard to fill’, employers are raising wages, upskilling existing staff and improving benefit schemes to compete. But alongside traditional renumeration packages, for millions comes the strong desire to work for an organisation that gives them more choice and flexibility. For more than half of employees who want that, the demand to work fully flexibility is so strong they say they would turn down a job or quit if it wasn’t offered. Working remotely is no longer seen as an exceptional option, but rather a very desirable one.

Everything has changed, and office-first environments will soon fail. Offering true flexible working is about empowering people to find the best way of working for them as individuals and as teams.

But the risk to many employers now is any attempt to replicate the physical office virtually and ignoring the need to better support employee wellbeing. Adaptation is the only way forward.

Interested in this topic? Read 'The Great Resignation: Why HR must evolve the employee value proposition.'