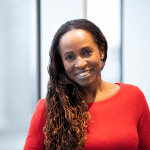 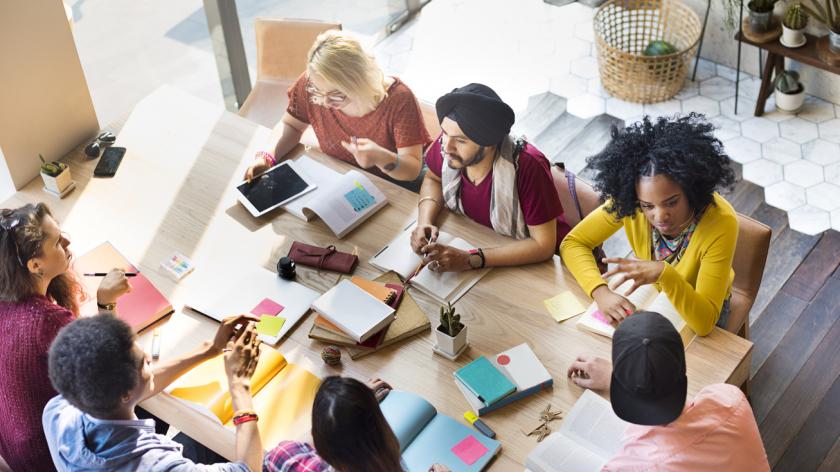 Stereotype threat: are you making it harder for your underrepresented staff to succeed?

To make workplaces genuinely more inclusive, we need to understand how stereotype threat can occur and work to eradicate it in our organisations.

A new employee is told ‘wow, I never thought they’d do it – you’re the first woman we’ve ever hired into this role!’ A person with a disability learns that some of the travel requirements have been removed from their job description. Black and brown skinned people, among a group about to take a work assessment, are told that people of colour typically don’t score highly at this evaluation.

Stereotype threat can result from a variety of behaviours, including well-meaning casual remarks; any comment that points out that the individual belongs to an underrepresented group can have an effect.

The results? The woman worries that she’s not suitable for the job. The person with the disability feels anxious that their colleagues will resent them because they have to take on the additional travel, transferred from that role to their own. The black and brown skinned employees are concerned that they too, will underperform at the assessment, just like their underrepresented colleagues allegedly did.

The scenarios described above, and the subsequent responses, are examples of stereotype threat.

What is stereotype threat?

Stereotype threat (Steele and Aronson, 1995), occurs when a person from an underrepresented group feels anxiety or worry that they might conform to a negative stereotype about their social group, whether that’s their race, gender, socioeconomic class or other area of their identity. The result of this anxiety is poor performance, typically because the individual is using precious cognitive resources to either confirm or deny the expectations that have been placed upon them.

Stereotype threat can result from a variety of behaviours, including well-meaning casual remarks; any comment that points out that the individual belongs to an underrepresented group can have an effect. Microaggressions – whether delivered with the intent to cause harm or not – can also have an impact.

I’m seeing many organisations run sessions on micro-aggressions, often with off-the-charts attendance from staff anxious to find empowering ways to minimise and to respond to these damaging comments and behaviours in the workplace. A session I recently delivered had the largest registration and attendance numbers that the association had ever seen.

During the session there were many heartfelt stories from participants who felt doubly wounded – firstly by the perpetrator of the microaggression, and secondly by their employer/manager/HR team who brushed off the incident, gaslighted them, or simply took no action at all in response to complaints. The stress and tension experienced by these staff was palpable. They were being told to toughen up while the perpetrators were left to continue with the micro-aggressive behaviour.

The importance of including stereotype threat in the conversation about micro-aggression is because it highlights the very real, discernible effects upon performance. If certain employers are reluctant to acknowledge the offence and frustration caused by micro-aggression, perhaps they’re more likely to act, taking complaints and toxic workplace culture more seriously, when they realise that productivity, performance and employee engagement are affected. Studies (for example from Kray, Galinsky and Thompson, 2002) have demonstrated that the damage done by stereotypes and microaggressions is real, and measurable.

Just as the simple act of reminding an individual that they belong to a stereotype can be enough to lower performance. Additionally, there are many other negative effects of stereotype threat. Individuals can become less likely to put in the effort to succeed, assuming that failure is inevitable. Programmes to increase minority representation may fail because these underrepresented groups find it harder to visualise a path of success through the organisation and don’t apply for more senior/fast-track roles. They may also become less creative, less agile and find that their memory capacity is reduced. Sometimes individuals under threat trust management less, becoming less responsive to feedback, assuming that any comments and performance reviews are biased and skewed against them because of negative stereotypes.

An interesting additional effect of stereotype threat, described by Kim Scott in her book on workplace bias, Just Work: Get It Done Fast and Fair, occurs when managers from the dominant group are reluctant to deliver negative feedback to their underrepresented staff, for fear that their team members think that the negative feedback is due to bias, as opposed to being an appropriate response to actual workplace performance. The subsequent withholding of developmental and performance feedback makes it harder for the underrepresented team member to succeed, and it becomes a vicious circle.

Early in my own career, as one of only two black staff at a consulting firm in the USA, I remember my white, male line manager’s nervousness every time he had to deliver feedback to me. Looking back, I wonder if he would have fed back to me more regularly if I, too, had been a white male and he had felt more comfortable around me, and perhaps less worried about how I would interpret any perceived negative comments.

One particular incident, which I discuss in my keynotes on micro-aggressions and on delivering feedback, occurred the day I was called into the managing director’s office and given feedback from the company founder himself. Was my line manager really so reluctant to offer feedback to a quiet, new recruit that he had to escalate the situation all the way to the top?

I’ll never know the answer but I do wonder whether he was worried that he would be seen as biased if he had ventured to share that he wanted me to speak up more in meetings and take more initiative in my role as a junior consultant.

So what can be done to reduce stereotype threat at work?

Educate the wider group on how that stereotype came about (as suggested in a study by Block, Kock, Liberman et al, 2011). This can be a concerted effort, or by way of individuals challenging the stereotype whenever it’s mentioned.

For example a colleague complains, ‘you don’t seem to stay late for meetings – lucky you. I realise you’re picking up your kids from school but it doesn’t seem fair’. Response: ‘that’s such a stereotype about working parents doing less work. I get in early each morning and often spend a couple of hours in the evenings on work-related activities. I do as much as, if not more than, most members of this team’.

Other ways to challenge negative stereotypes include sharing success stories and positive role models across the organisation.

Highlight the positive characteristics and attributes of the identity group

Make it clear what that group brings to the table and why individuals that belong to that group are an asset to the organisation. For example, a sales manager might highlight the importance of empathy and people skills. The manager makes a link between the increased numbers of women on the team and the desire for a more consultative, less aggressive approach to their sales process.

Encourage improved communication between managers and their underrepresented reports

This can be done by fostering an open atmosphere of psychological safety. Promote the importance of ongoing developmental feedback. Provide training on topics such as inclusive leadership, how to ask for what you want, and managing difficult conversations, to help stimulate honest, productive communication between managers and their teams.

By underrepresented groups banding together and combining their voices, the workplace atmosphere can be made more inclusive. Many companies have employee network groups for employees of colour, LGBTQ+ staff, women, people with disabilities, veterans and other groups. Not only can these employee networks increase feelings of inclusion, but they can also lobby management and press for social change.

On an individual level, staff can reassess what it means to be successful in the role, thus creating a more positive self-dialogue about their career progression. By looking within to determine success rather than seeking it externally, this can help individuals become more resilient and less anxious about judgement from colleagues and managers.

If workplaces are genuinely to become more inclusive, it’s important to understand the variety of ways in which underrepresented groups can be assisted to perform at their best and be fully engaged. An analysis of stereotype threat and taking actions to reduce it will help organisations set up all their employees for success.

Interested in this topic? Read Diversity and inclusion: how to have bold inclusive conversations in the workplace.

Shola Kaye is an author, consultant and award-winning keynote speaker on Empathy at Work, Communication and Inclusive Leadership. Based in the UK she has clients across the USA, Europe and the MENA region. Shola's DEI programme, From Empathy to Equity, is designed for organisations wishing to provide a suite of impactful talks...