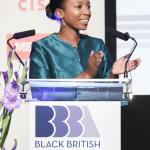 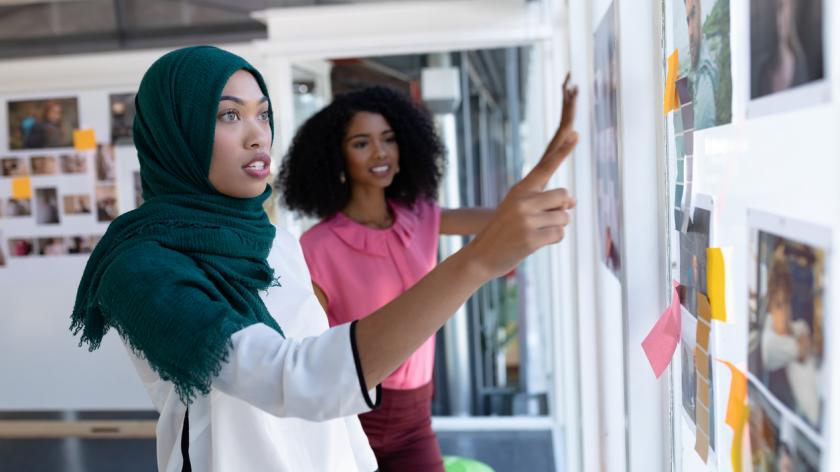 Six ways to protect the ethnic minority agenda in the workplace

When it comes to promoting diversity and inclusion in the workplace, issues around race often take a backseat to gender and LGBTQ+ initiatives – but it needn’t be an either/or situation. Here, we look at six ways to protect the ethnic minority agenda in the workplace.

Thanks to the excellent work done over the years to increase the number of women in the boardroom, we know that it is possible for businesses in the UK to meaningfully progress minority groups in the workplace. When it comes to race, what we have seen over the past decade is an articulation of good intentions – businesses pledging support, followed by government-backed targets – only to end up with results that barely move the needle, or worse still, slide backwards.

The notion that there is a finite amount of attention and resource to go around, and that there simply is not enough of it to address all equity issues, is not helpful.

We know that achieving measurable and sustainable change is not easy, but why is it that businesses seem to be only paying lip service to the race agenda? On the flip side, why are they willing and able to not only engage with, but deliver positive change on parallel social agendas?

The second edition of our report, The Middle: Progressing Black, Asian and Minority Ethnic Talent in the Workplace Through Collaborative Action, in which we interview key stakeholder groups who play an essential role in creating an inclusive environment, has shed light on this issue.

The ethnic minority agenda remains on the sideline

Those surveyed for our study expressed concern that gender and LGBTQ initiatives, such as increasing female representation at senior levels, are undertaken at the expense of a focus on ethnic minorities. This view was particularly expressed by HR directors, who are among those suggesting that gender and LGBTQ programmes frequently edge out race issues.

When asked if their organisations had introduced initiatives aimed directly at addressing the progression of ethnic minority talent, there was little consistency between the stakeholder groups questioned. Nearly two thirds (63%) of executive sponsors participating in the report said their organisations had introduced such initiatives, whilst HR directors and D&I practitioners had a more modest assessment. According to the research participants, the relatively limited percentage of organisations investing in ethnic minority programmes, whatever that true percentage is, arises not because there is a generalised lack of commitment to social programmes, but because there are multiple causes and initiatives competing for attention and resources.

Are businesses opting for an ‘easier’ route?

There is consensus amongst all stakeholder groups that organisations find gender and sexual orientation agendas ‘easier’ to manage than the ethnicity agenda, which is perceived to be more complex. There are many issues with this unhelpful notion, not least that these agendas are regarded as competitors for limited time and resources, potentially by HR teams looking to present positive results to leadership, rather than expose areas for improvement.

So why is the race agenda seen to be more complex? When asked why the race agenda is more difficult to tackle than others, one executive sponsor, said, “it brings in religion, culture and all these other things that have been put into the same box”.

Intertwined within this complexity is a pervasive sense of discomfort around discussing race in the workplace, which will no doubt stifle and hinder progress. For example, fear around honestly addressing race holds allies back from actively engaging in relationship building with their colleagues for fear of saying the wrong thing. This behaviour in turn tarnishes the quality of communication and the sense of trust between people.

Anxiety about being unfairly accused of bias is highest for people who want to be thought of as not prejudiced. This may discourage HR from performing their role of challenging unfair informal practices relating to work allocation, bias and questionable outcomes in recruitment and promotion discussions.

Indeed, businesses must acknowledge that creating a more inclusive organisation is a process of cultural change. It is one that is far from straightforward. Ultimately it requires acceptance of complexity, an ability to live with difficult emotions (especially anxiety and discomfort), recognition that there are no easy fixes, and an acceptance that this work is an ongoing journey.

It is beyond question that targeted action to address mid-level ethnic minority talent advancement can release a significant burst of talent and energy into the UK economy and that increased diversity boosts team effectiveness and innovation. A thorough investigation of the business case for diversity is presented in the 2018 and 2019 global McKinsey studies entitled Delivering through Diversity and Diversity Wins, which reported that companies with ethnically diverse executive teams are 33%, and more recently 36%, more likely to financially outperform their peers. In addition, companies in the bottom quartile for ethnic diversity statistically lag behind their peers in financial performance.

Despite this, as we know, people of colour are under-represented at all levels of UK organisations, the issue being particularly severe at higher seniority levels. Green Park’s 2021 report on boardroom diversity has shown there are currently no black executives in any of the top three roles at Britain’s 100 biggest companies and it is highly unlikely, therefore, that the FTSE 100 will meet the government-backed target of bringing an end to all white boards by the end of this year.

Unequal outcomes will continue to shape the UK workforce, starting at entry level and compounding as individuals move through their careers if there continues to be no consequences, if external pressure continues to waver and if those who can create sustainable change remain impossible to hold to account.

Individuals who were interviewed for The Middle noted that the internal battle they face reflects society’s priorities: “we’ve recently been forced to focus on gender diversity because of the external pressures on that at the moment, which we’re very, very keen to make sure doesn’t derail us from what we’re trying to do across other diversity strands” (HR director).

The prioritisation of other diversity strands has led to a glaring hole in the literature on how to support businesses that are serious about working on the ethnic minority agenda. For instance, when I Googled ‘how to support LGBTQ in workplace’, I was presented with over 77 million hits; for ‘how to close the gender pay gap’ the volume of search results reached over 187 million. In comparison, searching for ‘how to close the BAME pay gap’ pulls up only 355,000 results, and ‘how to support the progression of ethnic minority talent’ resulted in a meagre 9.5 million hits.

Businesses must avoid sidelining the ethnic minority agenda in their attempt to advance other diversity strands. Our research shows that stakeholders typically work in silos and that this approach can lead to mistrust which plays out in the form of withholding data, lack of support and accountability and, ultimately, a missed opportunity for a coherent, strategic, and effective solution to improving the career experiences and representation of minority ethnic professionals at senior levels of the organisation.

I recommend that organisations form a collaborative taskforce dedicated to addressing organisational challenges with racial and ethnic representation. The aim of the taskforce is to bring together the unique contributions of the different stakeholder groups and to leverage them into a unified strategic solution.

Here are six ways organisations can go about creating a taskforce that can deliver meaningful impact with regards to advancing the ethnic minority agenda:

Trends from engagement surveys alongside progression and retention data can provide useful insights into pressure points and levers for change in the business. Use these data points, together with any lived experience data, to identify the overarching goal of the taskforce.

Addressing racial disparities falls within the remit of HR and D&I professionals. The perspectives of minority ethnic professionals who do not occupy direct positions of power can also provide a valuable sounding board for potential solutions and how they will land in the business. Consider which formal roles must be represented in the taskforce and who should be invited to the table for the unique and important perspectives that they bring. The taskforce should comprise a diverse group across roles, levels of decision-making authority and racial and ethnic identity. Diversity and scope to challenge, as well as a safe and respectful space, will mitigate against groupthink.

To establish structure and accountability, spell out roles and responsibilities clearly. The taskforce should have a chair, deputy chair and coordinator, each with clear roles and responsibilities. If strategic pillars are identified, the taskforce should be split into smaller interest groups, each focused on addressing one of the strategic pillars. Each interest group should have a chair, deputy chair and coordinator. Interest groups should operate as a subgroup taskforce and representatives of each interest group should report on progress to the wider taskforce as per an agreed meeting schedule.

Use a progress-monitoring tool to ensure that agreed actions are delivered to schedule. Using a standard template across interest groups and the wider taskforce will facilitate comparison, bring home the message of accountability and inspire groups to succeed. Share progress at regular meetings of the wider taskforce to encourage cross-group learning, share good practice and learn the lessons of successes and challenges.

6. Report progress to the broader organisation

Keeping the wider organisation informed and engaged will help maintain accountability, momentum and transparency. Hold open forums to share plans, report on progress, encourage questions and offer answers and information. Share success stories widely. Communicate progress and share data. Continue to consult stakeholders from outside the taskforce. Throughout the process, the taskforce should leverage available channels of communication to stay connected with different parts of the business. Good channels may include the intranet, quarterly town hall meetings or communications from senior leadership.

The need for a cohesive approach

The notion that there is a finite amount of attention and resource to go around, and that there simply is not enough of it to address all equity issues, is not helpful. It casts these various agendas as competitors. Instead of asking, ‘which of the parallel social agendas will we prioritise?’ organisations instead ask themselves, ‘how can our organisation release talent across and within diverse groups?’ What this requires is a far more cohesive approach at the top.

In addition, organisations need to ensure that their executive leaders, who have an organisation-wide view and remit, co-ordinate effectively with stakeholders managing ethnic minority advancement and other programmes in gender and LGBTQ+ to deliver sustained and strategic interventions.

Interested in this topic? Read Diversity and inclusion: the actions needed in 2021 to shift the dial on race at work.