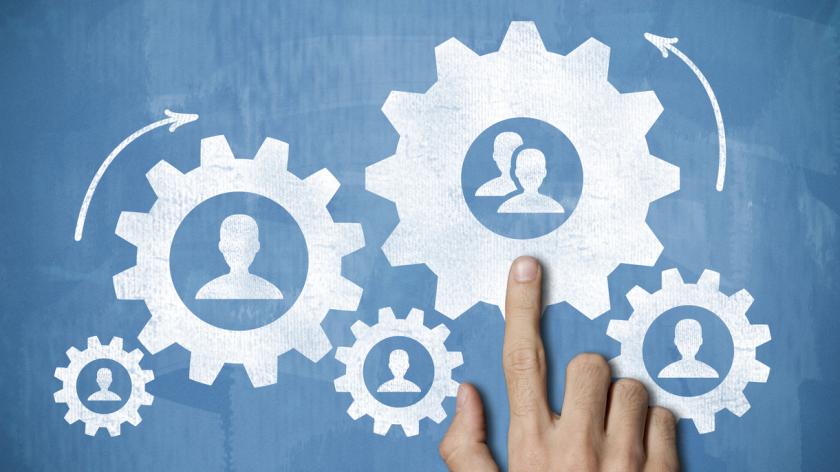 It’s no secret that there is a genuine issue today with culture and productivity, with leadership (or lack of it), with talent acquisition and also with people development. These issues are all of course, closely interlinked as they stem from the same problems.

There is a strong argument today that as things currently stand, we are harming both company performance and individual wellbeing. Why? Because we are overlooking the most important element of any successful business – people.

In doing so, we have accidently undermined the traditional social structures that are important to team productivity, as these are also the foundation stones for people’s security in the workplace. Remove that, and you may as well pack up and go home.

It is very simple. Strong social structures and leadership allow people to trust and believe that there is genuine help for them should difficult times arise.

This structure allows people to feel secure and that is reflected in the output or delivery in the workplace. However, this traditional base has been ‘accidently’ eroded and we need to start taking steps now to resolve the issue.

Although the end result of this mistake or accident has not been something any business would have anticipated, the continued pressure and focus on pushing people to their limits, while giving little in return has led us to what is now a very testing time in business.

How do we know that these social structures have been damaged or undermined? We only have to look at the bigger picture - there are a number of key red lights flashing.

We all talk of a growing decline in trust in leadership, in institutions and in government across the globe. There are growing health concerns amongst the population being caused by the long hours and work/family conflict across most developed countries (look at how many people are reportedly suffering with mental health issues, anxiety, depression and more).

There are also rising health issues in the developed world being caused by stress such as diabetes and cardiovascular and circulatory disease. There is a large amount of research that suggests that diabetes, cardiovascular disease and metabolic syndrome — and many health-relevant individual behaviours such as overeating, under exercising and drug and alcohol abuse — come from stress.

It has certainly become the norm amongst today’s workforce that workplaces have increased stress levels. Worse still, there is evidently a highly patronising approach towards the millennial generation and younger talent, which is completely illogical.

There is strong evidence that the traditional pillars of society have also been broken down and eroded by a move towards a ‘transactional society’.

There is a school of thought that argues that school league tables have now changed the psychology of the young and companies have not supported this emerging young talent in the right way.

A recent Think Tank event noted that the average UK company commits 1% of their turnover towards talent development in comparison to Germany’s 4%. One can argue over these percentages and what is needed but the one truth is that culture allied with trust builds successful teams and subsequently, higher sales.

The golden word in business

Trust is the golden word and it cannot be underestimated in business. It is important that there is trust between colleagues just as it is with leadership because everyone needs to feel both friendship and support at work. If we know this, why has happiness at work fallen to record lows?

The evolution of workplace culture has sadly now taken us into a negative position. This fact is evident by the rise of the gig economy, which is surely not a positive way forward for business and society?

People are naturally tribal, they want to belong and to be part of something more, but the younger generations are now opting out of their tribes an out of corporate life. One has to question why? Is the prospect of joining the ‘corporate rat race’ so unappealing today that people are looking for a way out?

There is strong evidence that the traditional pillars of society have also been broken down and eroded by a move towards a ‘transactional society’.

In days gone by, the doctor would visit people at home, the bank manager was central to the community and so was the school teacher.

Today, the bank manager is centralised and there is no personal connection, and this factor creates real stress. There is greater financial insecurity today and the banks have become highly transactional. This lessens trust.

The GP is now aloof and removed as is the school teacher. The whole psychology of service in the community has been eroded and somehow lost.

Has the same thing happened in business? Every service has become dominated by cost control and budgets, by finance, targets, bottom-line and ROI.

It is too easy to point towards austerity; the truth is the service culture has declined in society. There is far less care and compassion from business towards community structures and to people.

A cold and transactional world

Many of us joke how hard it is to take out an insurance policy, as one is asked 500 personal yet scripted questions, with no real personal touch or care. Banks are cold and transactional with poor service levels. The government is seemingly out of touch with modern life.

There needs to be greater leadership in society and society needs to be placed as a priority.

Probably the biggest question of all is are we silently destroying our workforce?

At the same time, the levels of stress on the family units have increased. The work hours that companies are now demanding of their employees are causing the breakup of marriages, burdens on raising children, and general disruption to family life.

Despite this, few could argue that the family unit is an important source of social support, which feeds back into business culture and the workplace.

Companies should care more about what they are doing to the social environment because they do not need to be leaders in society but they do need to consider their internal working environment.

Without trust, cultures are naturally weakened but trust can be built off the back of good practices, care, compassion and high service levels. If leadership shows strong behaviours this will radiate down the chain.

If leadership invest in their people, that loyalty and investment it will be returned.

Are we silently destroying our workforce?

It is one of the strange ironies in life, as the world has become more PC and more transparent, so everyone’s behaviours have become increasingly guarded and there are certainly greater levels of day-to-day aggression in society.

Probably the biggest question of all is are we silently destroying our workforce (even though people are the key differentiator in business today)? It’s a difficult one for many to admit but until we do, little will change.

Want to find out more about how modern culture is affecting our workplaces? Read Automation and humans: what's the real story?

Chris Sheppardson founded his own business in 1998 and today oversees a number of businesses and activities that range from one that supports the hospitality industry, entrepreneurs to International Executive recruitment to publishing (www.epmagazine.co.uk) to M&A activity to...