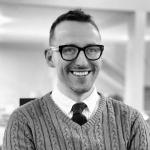 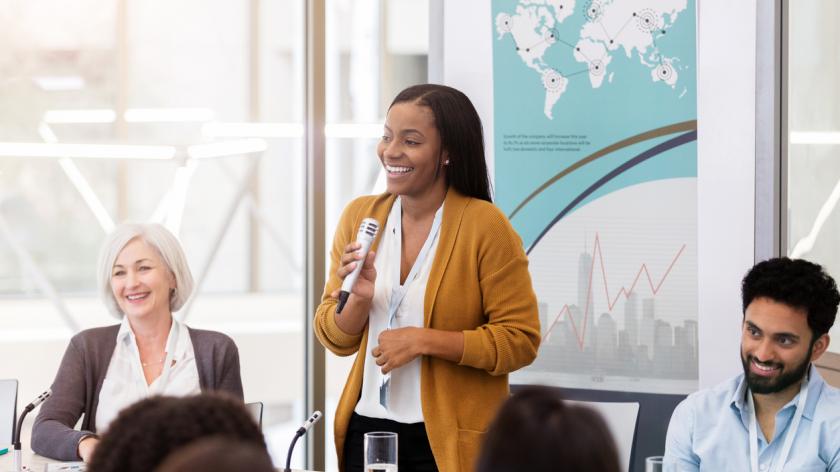 How to be an ally: building stronger platforms for minorities

The Black Lives Matter movement has shone a light on systemic inequalities that exist in society and has forced many HR teams to re-examine their organisation’s culture. If we’re serious about promoting diversity and inclusion, we must learn to become better allies to minorities and take our people along with us on this journey.

When it comes to diversity and inclusion, HR teams have to respond to trending issues in a way that’s authentic to their organisation. People will see straight through messages that are simply virtue signalling or inauthentic. So how can HR and internal communications teams be effective allies of minority individuals?

Being an ally means speaking up for, but not speaking over, minority individuals

In large organisations, the IC team’s ownership of communications channels gives them the power to amplify voices that aren’t typically heard. When HR and IC work closely to share the knowledge they have about their people, they can build a network of diverse contacts in their organisation and make their stories a regular feature across internal channels.

Being an ally means creating more inclusive ways of working

Meetings are often cited as a workspace that isn’t always inclusive. The timeslot it’s booked in, the catering provided, the way it’s facilitated and the people that are and aren’t invited all bring opportunities for people to feel excluded. Curate employee suggestions for more inclusive ways of working to help change any current norms that don’t work for everyone.

An inclusive organisation will have a zero-tolerance approach to any discrimination and make it clear by its actions how it enforces this.

Being an ally means actively listening

An IC team can’t fix institutional racism, but they can make sure that decision makers hear the stories of minority employees in their organisation. Capturing the lived experiences – the daily realities – of your people is a powerful way to highlight than issue. You don’t have to come up with the solution (that’s not your job, or the job of the person sharing the story). You’re responsible for sharing their truth, in the hope that it will generate further conversation on that topic.

Being an ally means communicating governance

We hear so many stories about microaggressions (remarks, questions or actions that reveal bias against marginalised groups) – or even outright discrimination – being passed off as ‘banter’, with no repercussions for the offenders. This severely erodes trust so it’s essential to establish a line of reporting, escalation and action for discriminatory behaviour, and communicate it clearly to everyone in the organisation. An inclusive organisation will have a zero-tolerance approach to any discrimination and make it clear by its actions how it enforces this.

Remember that the act of reporting discrimination can be traumatic and difficult. A staff member might not want to ‘out’ themselves or they could be at risk of further abuse if written messages were to be found. Make sure people have a safe way to escalate their problems and the confidence that they will be dealt with professionally and confidentially.

Being an ally means being curious

The only assumption that it’s ever safe to make is that no one will ever experience the world exactly as you do. That’s why the golden rule asks you to treat others as you’d like to be treated, while the platinum rule suggests you treat others the way they want to be treated. To be curious is to ask questions like ‘how did that make you feel?’, ‘what’s your preference?’, ‘would you mind sharing your experience?’. This takes courage, so being a visible role model of this behaviour in your organisation sets a powerful example.

Being an ally means saying no, sometimes

There are many different aspects of diversity, so from an IC perspective, it’s important to plan your content and decide on the topics you’ll talk about, and when. The more established and active diversity communities might provide you with lots of easy content for your channels, but unwittingly drown out other voices. Defining an annual plan will help you balance the varied dimensions of diversity and actively manage your stakeholders about when they’ll get their moment in the spotlight. Of course, if something of the scale of Black Lives Matter emerges during a time period you’d set aside for another topic, it’s right to be flexible and dedicate the airtime to it.

Being an ally means being confident about language

Language evolves. This time last year, most of us might have (wrongly) guessed a ‘furlough’ was an old-fashioned measure of distance or an agricultural technique. Now it’s part of our everyday vocabulary and we all share the same understanding of the term. As an internal communicator, the language and tone you use, and the confidence with which you do so, makes a difference. Get comfortable with saying things like ‘we are an anti-racist organisation’ and ‘we do not tolerate bigotry’ – those phrases will soon catch on.

Altering language can be a gradual process but be sure to point out any changes you make and take the time to explain why. Collectively, we learnt more about Bristol’s role in the slave trade in the moments after Edward Colston’s statue was taken down than in the entire time it was standing. Any change is an opportunity to learn.

Being an ally means knowing the burden of microaggressions

Explicit discrimination hurts. Microaggressions hurt less, but they build. Like hundreds of paper cuts, they create an overall negative impact that undoubtedly affects performance and wellbeing. Through storytelling and education, HR and IC can help embed a greater understanding of what microaggressions are and how people can speak up when they encounter them.

Being an ally means keeping going

While you can never know how it really feels, taking even a few steps in someone else’s shoes can be an emotional and exhausting experience. Being an ally means not giving up when it gets difficult. Being an ally means remembering that some people don’t have any choice but to keep battling the odds and it means appreciating the fact that having the choice to walk away is a privilege. Keep spending that privilege on questioning the system around you and lifting others up.

There are countless other ways to be an ally to minority individuals – in work, at home, and out and about. These are suggestions to help HR and IC teams become active allies in their organisation. It’s a relatively new way of describing the role but one that will become increasingly important as the dialogue around inclusion continues to develop.

As new generations enter the workplace and our worlds become even more diverse, we as a profession have two choices: ignore it and get left behind, or embrace it and dive right in.

Interested in this topic? Read Black Lives Matter: make sure your business is a race ally.