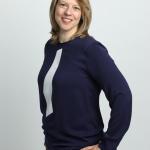 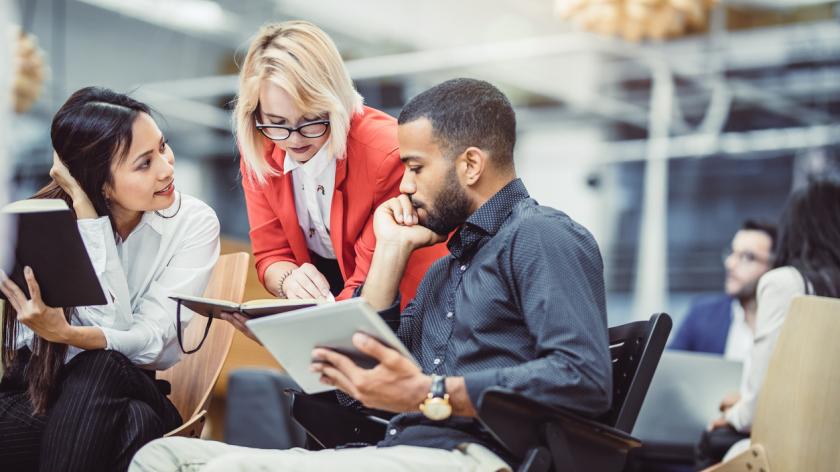 HR’s role in business may become obsolete in the future – but focusing on today, we need to push past the ‘same old’ practices, roll up our sleeves, and encourage organisations to make deeper, more meaningful changes. Outlined below are three key roles HR professionals should be adopting in the coming years to add real value.

Our world has become so complex, unpredictable and fast-paced that it will no longer be possible to successfully lead centralised, large organisations. Already today, the majority of the most powerful companies in the world were not even around a decade ago, while traditional players are disappearing from the FTSE 100.

If HR wants to up its game, it needs to invite and enable the organisation to go deeper.

At the same time, people are more stressed than ever before and in many cases their work makes them sick. “The biggest leadership challenge right now is not to swiftly introduce artificial intelligence but first and foremost to utilise the human intelligence that is already available inside the organisation”, as speaker and advisor Niels Pfläging points out.

People have the power

There is political upheaval on different levels around the globe. In times of uncertainty and instability, the seemingly simple answers provided by populists are tempting for many. At the same time, the climate crisis is leading to a growing consciousness and willingness to care for our planet.

People look for meaning in what they do. They want more than just a job that pays their bills; they want to work for a company that they can morally identify with even if that means earning less. With many sought-after skills being ever higher in demand, the power is shifting towards employees.

The workplace of the future will be decentralised and hybrid

The capacity of artificial intelligence is doubling every three months. Self-learning systems and neuronal networks are outperforming human-developed algorithms within a matter of days. Technology is being entrusted with much of the predictable and routine work. Value chains and business models will change fundamentally and humans and AI will have to work hand in hand.

This calls for a whole different mindset and skillset, which is likely going to be too complex to be orchestrated by a centralised HR department, issuing job descriptions.

HR as we know it may become obsolete but, before that happens, it has the opportunity to play a pivotal part in making organisations future-fit.

If HR wants to stay relevant, it needs to go deeper

Right now, many companies are trying to transform themselves and it is pretty clear that just refurbishing the office space, ramping up social media presence or outsourcing standard tasks to a robotics-enabled service centre are merely cosmetic. If HR wants to up its game, it needs to invite and enable the organisation to go deeper. HR has the potential to enable self-organised, diverse teams that are driven by solving meaningful problems. I believe there are three key roles HR can play in the next one to three years.

Role number one: lay the psychological foundation for new ways of working

Before even thinking about implementing agile working methods and a new organisation design, it is crucial to establish the basis first. The new workplace culture we need starts with a mindset of humility and self-awareness. In many companies, these soft skills are lacking completely and fear reigns instead. If you try to implement agile ways of working in an environment like this, you will do more harm than good.

Introducing scrum meetings and covering the walls of meeting rooms with sticky notes without having the right mindset is ‘agile theatre’, which massively frustrates your people and burns useful tools.

What’s standing in the way of a truly agile mindset?

The problem is that the people sitting in today’s boardrooms grew up with the firmly held belief that people need to be controlled, otherwise they will not perform (theory X). In fact, research shows that the vast majority of people are self-driven by nature.

Organisations impose a hierarchical control system onto people that robs them of much of their self-motivation while slowing down decision-making processes. We need to unleash people and that requires a certain faith in humans (theory y). Leadership is not an accomplishment in itself – to the contrary, it is a service, as Dan Cable, professor at London Business school, points out. If leaders are not adding value to the people they serve, they are merely an overhead, a cost. The role of HR is to become the coach that shapes conversations and allows for a new mindset to emerge.

Role number two: co-create the organisation’s design and get rid of de-motivating processes

HR has the opportunity to foster people-driven change. It should be the function that knows best where people are at and what they need. This requires candid conversations with people on different levels across the organisation. HR can ask questions like: if this is the role this company wants to play in the world then what is not helping us? Where are the biggest hindrances in the way our company is set up, in the kind of roles that we have, in the way people collaborate or in the unwritten rules you observe?

Once you truly understand this, you can let a movement develop momentum, which may in turn lead to a co-creation process that changes the organisation. Distil ideas on what needs to change, gather feedback from employees and customers, tweak and accept that in today's world there is no such thing as a finished article.

You will probably come up with a design for the company or for certain processes that makes sense now and that will be tweaked in the months and years to come. One of the first things to look at might be how to get rid of obvious de-motivators such as individual performance targets. While you’re at it, you may want to establish objectives that are self-defined by the team, not imposed by management, and find KPIs that are relevant from the customers’ perspective, not centered around financial and internal deliverables.

In the past, much of the work of HR was to establish a process that, once it was implemented, remained by and large the same for the next couple of years. If this is no longer going to be the case, then what do you yourself need in terms of mindset and capabilities to not only live with this fact but to embrace that the only constant thing is change and that your own job may change completely or become redundant along the way?

HR needs to stop pigeonholing people into standard career paths and job descriptions. We need to help people rediscover their joy in experimenting and constant learning. We all have this – it may just have been dormant because the system we grew up in didn’t encourage bringing your whole self to work. This is about reuniting people with their true self and, as a result of that, ensuring sustainable business success. If it then turns out that HR as we know it is not needed any more, I am confident that with the skill-set and mindset you acquired along this development journey, you will be able to add a lot of value in tomorrow’s working world – whatever capacity you will work in.

Note: I am providing here my personal take, based on observations in the corporate world and insights from my studies on the future of work at Les Enfants Terribles, a Berlin-based school and community dedicated to enabling a shift towards human-centred and future-proof organisations.

Interested in this topic? Read The future of HR: from human resources to human revolutionaries.