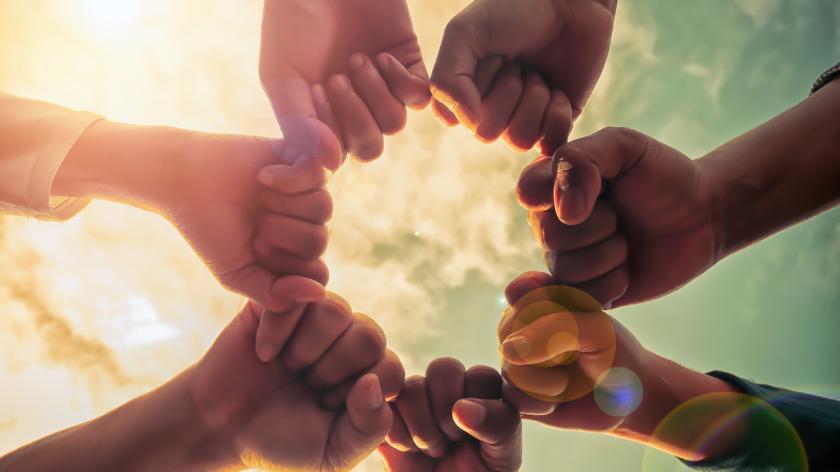 Diversity at work: the business case for an inclusive culture

Exclusion can seriously damage your business, which is why inclusion needs to be a consistent and deliberate part of your HR strategy.

Head Heart + Brian recently conducted research with companies about their diversity and inclusion initiatives to learn how these successful 'lighthouse' organisations are moving the dial on creating an inclusive culture, with particular reference to gender bias.

Virtually every senior HR person and business leader we spoke to said their priority was to create an inclusive culture. There were various definitions of what this meant and quite a few people couldn’t describe what an inclusive culture would look and feel like.

In asking people about the business case for inclusion, one variable that was missing was the business impact of the exclusion people felt in a culture that failed to focus on inclusion or wasn’t getting the definition of inclusion right.

But exclusion is extremely harmful to individuals and businesses, as the research findings below indicate.

Focusing on difference is a mistake

In our research, there was still a majority of companies that were focusing on minority groups and this may be one of the reasons we are seeing little progress on inclusion surveys and targets.

Research by Valarie Purdie-Vaughns found that focusing on difference makes minorities uncomfortable, increasing feelings of exclusion rather than decreasing them.

Simultaneously, people in the majority can feel resentful, confused and anxious, particularly if they are implicitly blamed for a lack of inclusive behaviour and when expectations about the ‘correct’ behaviour are unclear, according to research by Victoria Plaut from Berkeley.

By focusing on minorities, we are emphasising that some people are excluded and scramble to bring them into the group.

The biological impact of exclusion

Studies by Naomi Eisenburger at UCLA found that being excluded activates our pain system, suggesting that it is a threat to our very survival. When we're excluded from a meeting, when we don't get invited to key meetings, when our ideas are ignored, the pain we feel is experienced in the same areas of the brain as physical pain.

Social exclusion is not simply a misfortune, it's painful for someone.

The pain of rejection or humiliation is just as real as a stubbed toe. Whilst social pain may "feel" different (just as the pain of a stubbed toe feels different to stomach cramps), the networks processing it in the brain are the same.

We are first and foremost social

Human beings are social, and they are social in ways that no other animal is. Most animals take their cues about behaviour from their five senses, but humans mainly learn about the world from each other.

Social connection is crucial to many factors we value in business: we learn better in a social environment, we are more creative when we have positive relationships, we have more energy and are more resilient.

Roy Baumeister and Mark Leary reviewed extensive research findings for their article ‘The need to belong’, which showed that people are primarily guided by the drive to connect with others and that the majority of their thoughts, emotions, impulses and behaviours are at least indirectly the results of that drive. The way people think, act, feel and want are deeply linked to this drive to connect with others.

In that context, social exclusion is not simply a misfortune, it's painful for someone. We tend to think of the pain of exclusion as somehow less impactful than physical pain. But the research suggests we should be more concerned about the potential pain generated by excluding others, especially when this is done inadvertently without the opportunity for amends.

In the late 1990s Baumeister and his colleagues did a number of laboratory studies on the effects of social exclusion and rejection. They wanted to test their theory that belongingness is important, and social exclusion creates issues in several areas. Areas important to business and the quality of life generally. They found a number of behavioural impacts related to being excluded.

The only exception they found was that if a new person treated the rejected person favourably, offering friendly praise, then there is no increase in aggression. (No decrease either, compared with non-rejected control groups.) Apparently, exclusion prepares people to view the world with suspicion and hostility.

If inclusion is withheld, then people cease to self-regulate. They lose the willingness to make the efforts and sacrifices to alter their behaviour.

Aggression was not the only behaviour to increase. The researchers found increases in other types of antisocial behaviour. For example, socially excluded people were more likely to cheat on a test.

Prosocial behaviour, was also reduced. Excluded people were less likely to help others in a variety of ways.

Excluding people in work may well increase the likelihood of interdepartmental tension (especially where departments are clustered by gender, race or age), criticism of the 'in-group' and a lack of cooperation. Only if someone clearly comes across as a friend is this aggressive, unhelpful attitude suspended.

In addition, exclusion led to significant increases in self-defeating behaviours. Excluded people were more likely than control participants to take foolish, risky decisions. They procrastinated more and made more unhealthy choices, such as preferring a fattening snack over a healthy option.

The research team felt that the combination of findings presented a puzzle. Why would rejected people become both selfish and self-defeating? Clearly, self-interest is not a full explanation.

These findings led the researchers to look at self-regulation.

Given the hints in their studies that self-regulation was an important factor, Baumeister conducted a series of experiments to test the impact of exclusion on self-regulation. The results found a strong and consistent reduction in self-regulation among socially excluded people.

They ate more snack food, consumed less of a healthy but bad-tasting medicine, and gave up faster on a task requiring them to hold their hand submerged in ice water. They also found it difficult to maintain attention on tasks.

When a reassuringly safe prospect of forming a new relationship does present itself, people who were recently excluded seem willing and even eager to take it.

Overall the results showed that if inclusion is withheld, then people cease to self-regulate. They lose the willingness to make the efforts and sacrifices to alter their behaviour according to the norms of the group.

Social exclusion led to substantial drops in intellectual performance when the task required the individuals to actively guide or supervise their thinking process. There were large drops in logical reasoning, in making links between information, and in the ability to read a passage and then make inferences or draw conclusions from the information contained in it.

These are just the types of intellectual processing we need in business. Excluding people may well be reducing the intellectual capacity of large groups of people in your workforce. In contrast, rote memory was unaffected, as was answering questions based on general knowledge.

These findings link to the self-regulation results. Excluded people seem poor at controlling mental processes, whereas their automatic information processing is relatively unaffected. Social exclusion mainly impacts intellectual performance on tasks where concentration, focus and control of distractions is needed.

There is compelling evidence that exclusion is damaging to relationships and business goals.

In summary, we can expect exclusion to impact performance, intelligence, social control, self-awareness and wellbeing. Baumeister's research shows exclusion leads people to be less helpful, lethargic and to have low self-esteem.

How to mend exclusion

The research found that when previously excluded people are invited into the group they are more likely than others to choose to work with someone, to allocate praise and cash rewards to a new partner, to self-regulate, and to view others as potentially friendly and accepting.

And if exclusion is threatened the researchers found similar efforts to connect with others to avoid exclusion.

These findings make sense given that the need to belong is a basic and powerful motivation. This points to the value of creating an inclusive culture.

Obviously it’s not as simple as saying ‘welcome’, especially when exclusion is endemic and repeated.  In many cases rejection makes people suspicious, hostile and antisocial.

But when a reassuringly safe prospect of forming a new relationship does present itself, people who were recently excluded seem willing and even eager to take it.

One important thing to remember is that our brain notices approximately 3-5 times more negative behaviour than positive. This is our negativity bias at play. Whilst this was of course useful for survival it makes creating an inclusive culture even more challenging. What this means is that if the culture is neutral people are probably experiencing it as exclusion. Inclusion needs to be consistent and deliberate.

Our research found the data on exclusion is rarely used as part of the business case for creating an inclusive and diverse culture. Yet there is compelling evidence that exclusion is damaging to relationships and business goals like collaboration and making the most of the intellectual capacity of the workforce.

Interested in diversity at work? Read Jan's other piece 'Are stereotypes impacting your career and work decisions?'