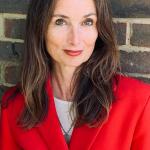 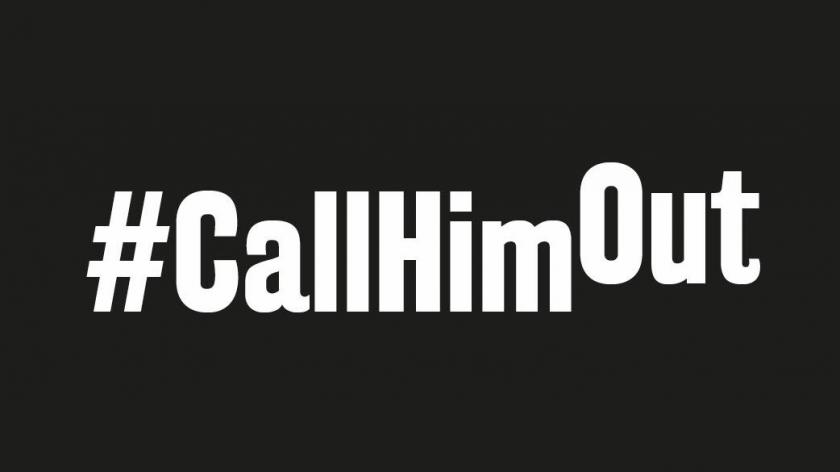 To provoke male activism on International Women's Day, Karen Dobres, director of Lewes Football Club shares how the winner of the Culture Pioneer of Inclusion Award 2021 has now evolved its gender equality campaign into a male allyship movement.

#CallHimOut: in response to the spate of high profile fatal attacks against women at the hands of men.

Lewes FC is famous for being the only club in the world to value women equally to men by splitting their playing budget and resources down the middle – and the football club campaigns for gender equality, using football as a vehicle for social change.

It felt only natural therefore that the men’s team would step up and take action based on the absolute acknowledgement that violence against women and girls is a crisis men must resolve. The responsibility lies entirely with them, and not with women. This was the genesis of #CallHimOut.

Lewes FC Women have often spoken out about previous disempowering experiences as female footballers, and the club continues its campaign for the FA to give equal prize money in the FA Cup. Staff and directors regularly point out glaring inequalities in the world’s most popular sport – but Lewes FC Men have also sought for some time to amplify their positions as male allies.

How do you tell your daughter she’s worth less than your son?

In 2019, Lewes FC won a UN Women UK ‘He For She’ award for ‘being inspirational in the field of gender equality’. Judges were impressed by the conversations the club had started with men on the subject, in a sport that has huge influence over many male hearts and minds.

In fact, the club introduced the decision to value the women’s team equally to their male counterparts by appealing directly to men – asking ‘How do you tell your daughter she’s worth less than your son?’

As part of its equality campaign, the club convenes a network of SisterShips – organisations that empower girls or women. Groups like The Girls’ Network, Brighton Women’s Centre, Survivors’ Network, East Sussex Fire and Rescue, Soroptimist International, FiLiA and Sisterhood, support the club in solidarity with the cause for equality, network together and offer mutual support.

Reading their despairing social media posts after the murders of Bibaa Henry, Nicole Smallman, Sarah Everard, and Sabina Nessa, and the disgusting revelations that followed, was heart-breaking. But it was clear they were largely speaking to other women followers and not engaging with the people who had the power to effect change – men.

In football we have strong male role models. And our fantastic men’s team were looking for a way to express their allyship, saying ‘Anything we can do, you let us know. We’re here for the club’s equality message’.

Speaking with Tony Russell, the men’s manager, it wasn’t long before we devised ‘Call Him Out’. Players and coaches would start with themselves – ‘dig the well where you are’ as the Buddhists say – and vow to confront each other and themselves if they used sexist or misogynistic language, or behaved in a way that demeaned women.

As a man I pledge to take responsibility for, and action against, Violence Against Women and Girls. I won't stand by silent if I see or hear someone being misogynistic - I'll #CallHimOut
Join me in pledging to take action against this epidemic.
#heforshe

As a man, dad, fiancé, brother+son I pledge to take responsibility for, and action against, Violence Against Women and Girls. I wont stand by silent if I see or hear someone being misogynistic I'll #CallHimOut
Join me in pledging to take action against this epidemic.@LewesFCMen pic.twitter.com/EHE9x8NV2H

This spurred on others to make the same public commitment.

The campaign inspired new owners for our 100% community-owned club – people who were sickened and upset by the rising number of female deaths, and who felt deeply inspired by the idea of men taking a stance and checking in with themselves.

Speaking about the microaggressions which eventually normalise a culture that is threatening to women, Tony Russell stated in an interview with Give Me Sport:

“If we can drive this small little thing, we feel that over time we can grow to the point where women might feel safer walking down the road. It’s as simple as that.”

This is no gimmick – it’s our lives

Many Twitter users have shared their pride in Lewes FC Men and their coaches for taking responsibility like this, and making themselves, as men, accountable for our culture's terrible record in VAWG. However, since they made the pledges, we know that there is work to do in talking to each other about misogyny.

As usual at the Dripping Pan in Lewes we cannot just wear a T-Shirt. We have to delve deeper into ourselves, knowing that we don’t change the culture if we don’t change ourselves. This is no gimmick, this is our lives. We are all conditioned – men and women – by the sexist society we live in that sees women as lesser, and as sexual objects.

We all – even our very best male allies, and women too – need to examine ourselves, and call not only each other, but ourselves, out. For this reason, two male directors, and a male player, are developing a programme for the men’s first team to talk together, and then to mentor the Under 18s boys, and so on. It's deep, culture-changing work!

In terms of Lewes FC's journey, I would say that having concentrated at first on female empowerment (by levelling the playing field for women on and off the pitch), we are now looking at male allyship through our male players, coaches, staff and directors.

Speaking as a woman, it's the only place I feel a glimmer of hope in terms of some of the shocking attitudes and behaviours recent cases of VAWG have revealed.

If anyone would like to help with our campaign, which involves dialogue sessions, bystander training, and then mentoring of other teams, please become an owner of our club and your money will fund our work. Alternatively, please make your own specific and personal pledges amongst your male groups, and then have the conversations.

These are our three guiding principles – please run with them:

Fighting sexism and misogyny so that women can be and feel safe, is the responsibility of men. We accept that how all men talk about women contributes to an environment where some men assault women and where all women feel unsafe in their everyday life.

We men are human and have got it wrong and will get it wrong. We have all said and done things which looking back on we are not proud of, and/or regret: indeed, we may feel ashamed about having said and done some things and have got it very wrong on occasion. But from now on we will strive to commit to each other to help each other to get it right.

We commit to making a difference through our own language and behaviour; we will call ourselves out, and welcome being called out by each other, and we will lead the way in making the world a truly safer place for women and a better place for us all.

Director of Lewes FC – first gender-equal FC in the world and winner of the Culture Pioneers Inclusion Award 2021.