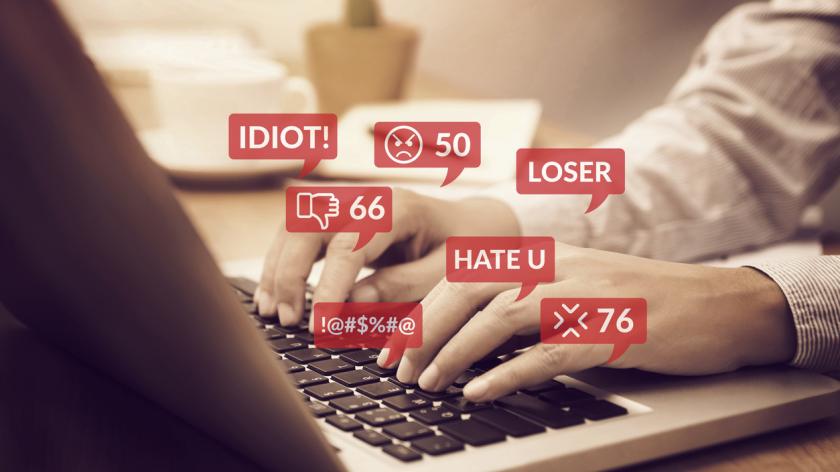 Savills suspension: How should HR respond to employees' bad behaviour on social media?

Estate agency firm Savills hit the news this week after an employer was reported for a series of racist tweets against black England football players. The company has since suspended the employee, but for HR professionals it raises a number of questions about the role of the employer in the social media sphere.

The action taken by the real estate broker Savills to suspend one of their employees for a racist tweet against England players following the Euro 2020 finals makes for an interesting case study in the context of the wider world of work, and raises further questions about the role of the employer.

In this modern age, where we are all connected and social media is an extension of who we are, there is real risk of reputational damage that can be caused to organisations that fail to act...

Immediately after the match concluded, the trolling and racial attacks began across multiple social media platforms, with Twitter reporting that it took down 1000 posts and other platforms also taking action. Despite this, the abuse was spread widely targeting the three black players Marcus Rashford, Jadon Sancho and Bukayo Saka.

Was it a surprise? Sadly no. It was, in fact, predictable and expected, with football having surfaced racist behaviour for decades against black players. Even getting England to the finals has still not stopped this, with the focus coming back to the colour of their skin and ethnic heritage, and the clear message from some fans that ‘you can play for England, but you are not one of us’. This is not a problem for football alone, but a sickness in society as a whole – and one that HR will have to address given that our role is to manage people and promote diversity and inclusion in organisations.

This racism has been given permission with messaging from the very top, more broadly with the rhetoric around Brexit, or specifically by failing to condemn ‘fans’ who booed the England players for taking the knee showing their support for the Black Lives Matter movement and taking a public stance on one of the world’s biggest stages against racism.

The employee in question allegedly posted a series of tweets racially insulting and blaming the black football players, as well as joking about domestic violence. This resulted in his suspension pending an investigation into what Savills referred to as the “unacceptable incident”. The employee has claimed his account was hacked and the matter is now also being investigated by the Greater Manchester Police.

This time last year, many organisations changed their logos to black and broadcast the #BlackLivesMatter message across their social media platforms, following the tragic murder of George Floyd, in an attempt to be or be seen to be more anti-racist. Some of these organisations got ‘called out’ for stopping at that and not actually doing anything about the issues that really matter, such as increasing diversity and representation across all parts of their organisation, or understanding and rectifying the ‘pain points’ in their organisations that create barriers to progression in the employee life cycle.

These organisations were notable for simply virtue signaling, publicly declaring their commitment to equality, diversity and inclusion through their values statements, ‘jumping on the band wagon’ and using that point in time as a marketing opportunity rather than driving real sustainable change.

Savills’ website has no specific mention of diversity and inclusion but what it has done is taken action and made a public statement that it “is committed to eliminating discrimination and encouraging diversity amongst our workforce” and it “abhors and has zero tolerance to any form of racism and racial discrimination”, saying that the company “is appalled by the racist comments in these tweets”.

They say ‘talk is cheap’ and ‘words come easy’, but taking action and taking a stance requires something more – which Savills clearly have done. In a similar vein, comedian Andrew Lawrence has been dropped by his agent and had many of his shows cancelled after he made a racist joke about the England footballers.

The question is – where do we draw the line? The actions of an employee outside of the workplace – it could be argued – are not the concern of the employer, but in this modern age, where we are all connected and social media is an extension of who we are, there is real risk of reputational damage that can be caused to organisations that fail to act, but also need to act in order to be true to their public positions on values and ethics.

Footage of ‘fans’ being violent and disorderly and being racist on their social media platforms should lead to consequences, with employers sending a clear message to their workforce about what is acceptable. It’s important to remind them that in and outside of work they represent their organisations and have a duty and expectation to uphold the organisation and not bring it into disrepute.

If we want to create a truly inclusive, cohesive society, employers can play their part to create a level playing field where everyone can be their best version of themselves. Rather than just putting out public statements, taking action sends an affirmative message that discrimination, bigotry, racism and hate is going to be treated seriously and appropriate action taken.

Ultimately, we are in this together. We are one human race – but unfortunately, we are not always human kind.

Interested in this topic? Read Diversity and inclusion: the actions needed in 2021 to shift the dial on race at work.