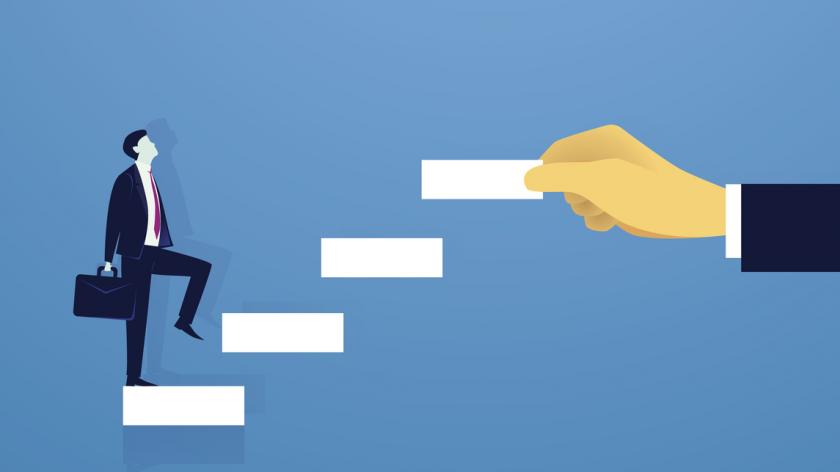 Dina Mariani/iStock
Businessman climbs success ladder
Part of the
Women in leadership hub
Brought to you by HRZone.com

Is there gender bias in your leadership, talent and promotion criteria?

Research shows that women need to work harder, smarter and for longer than men to get appointed into leadership roles. In order to break away from this deeply ingrained bias towards male leaders, businesses need to reassess their process and criteria for promoting talent.

There seems to be lots of good intentions about appointing more females to leadership roles but little progress. I wanted to understand why so for our book Brain-Savvy Wo+man (written with my daughter Francesca), we surveyed over 1,000 men and women about their experience of the workplace and interviewed around 30 companies as well as reviewing the academic research.

One of the results which shocked me most is how little companies are doing to ensure their criteria for appointing leaders is free of gender bias.

In a study by Catalyst (the not-for-profit organisation that promotes equality) almost 40% of interviewees mentioned there is an expectation that women have more experience and must ‘tick all the boxes’ as a contributing reason for the low levels of women in leadership roles.

When asked whether men and women leaders are held to different standards, many participants in the research agreed that they were.

And our research also suggests women need to be better to get promoted. One HR director in law said male candidates for partner are given the benefit of the doubt and their applications are pushed through by sponsors.

For women, there is no such leg-up. The promotion committee will focus on the gaps in her track record, rather than what she has achieved, as with male candidates. More often than not her application will be pushed back for another year.

And a female manager in Europe said: "Men and women are seen differently, and the difference in my experience and observation is that we (women) need to show it (competence) more times before they believe it. With a woman, they will want to see the behaviour repeated more frequently before they will say that this is really part of the woman's capabilities."

A ‘lack of fit’ for leadership

The academic research suggests the assumption is that if someone is to be a successful leader they must exhibit the traits the current leadership team have demonstrated.

The result is what psychologist Madeline Heilman of New York University calls a "lack of fit" between "female talents", like collaboration, teamwork and consensus building  and the attributes considered necessary for the job, typically masculine attributes like driving results, being assertive and taking charge.

When managers have little information about what a candidate is actually like, they fill in their knowledge gap with these descriptive assumptions, often to the detriment of women.

A 2014 study by Ernesto Reuben of Columbia Business School demonstrated the consequences of this type of bias during job searches. Participants were asked to hire candidates on the basis of a mathematical task that both genders performed equally well in. The participants were twice as likely to hire the man even when the candidates were identically qualified for the simple reason that women are seen as being worse at maths than men.

And research led by psychologist Corinne Moss-Racusin sent applications for a lab manager position. The resumes were identical except for male or female names for the candidates, yet the recruiters rated the male candidates as more competent and hireable than the women.

The stereotyped model of leadership

The world of leadership in business (and politics) is still overwhelmingly, and stereotypically, masculine. And that can work against modern men, as much as women.

A study by Stephanie Johnson from Colorado State University showed that men who don't conform to the aggressive male stereotype receive lower evaluations as leaders, just as women do. (The study found women need to be both sensitive and strong as leaders, while men were just required to be strong.)

For leaders on the way up, a chink of hope comes from a meta-analysis by Northwestern University, which shows that there is a slight shift towards a more androgynous view of leadership, at least for lower-level positions.

A report by Annika Warren for Catalyst on ‘Cascading Gender biases, compounding effects’ found that organisations’ leadership frameworks and talent management processes are designed in ways that both reflect and continue to support stereotypes and the status quo.

The result is that they disadvantage women, and favour traditional style male leaders. The research,  carried out across 19 industries showed that talent management professionals and senior leaders collude, I hope inadvertently, to perpetuate gender gaps in senior leadership.

The report describes senior leaders wanting frameworks and promotion criteria to be consistent with what they are comfortable with and that is stereotypical masculine descriptions of high potential and leadership.

For example, behaviours shown as stereotypically masculine: driving results, executing, being action-oriented, and solving problems - were found more frequently in criteria for senior leadership positions than feminine characteristic such as collaboration, teamwork and consensus building.

How promotion decisions get made

Also when organisations have few checks and balances in how decisions are made the informal processes override the formal and result in bias decisions. For example, senior leaders favour candidates that mirror the traits of the current leadership team, typically male and masculine. This effectively maintains the bias against women (and many men with a more balanced style).

And even when frameworks are more balanced rarely do the explicit statements of what it takes to get promoted match the implicit decision making, which leaves employees looking to senior leader role models for cues, and most leadership teams still project masculine traits. Not surprisingly, employees perceive these as the most valued skills.

How to encourage the new kind of leader

So how can we untangle leadership from stereotypes? One study found that personal exposure to counter-stereotypes – male midwives, or female mechanics – alters the way we form our world view and process social information.

There's evidence to show that careful decision-making, where people slow down and reflect on their judgements, can help to reduce biased evaluations of women in leadership positions.

Reviewing and redesigning recruitment processes and role descriptions helps to bring more women into previously male-dominated roles, and similar approaches can be used for internal promotions.

But the most powerful re-writing of leadership will come from having more women in leadership roles, exercising power in new ways.

How can HR help change their organisation?

As an HR leader it's not always possible to change mindset overnight. We can’t fight wars all the time: it’s too exhausting and alienates the people we most need to influence (the men currently in power). However, we can pick our battles, pace the change and push when we need to:

This describes women leaders meeting targets whilst also shifting perceptions and expectations of how the role is performed. HR can support these leaders, collect data on their results and tell their story at talent reviews.

Whatever has made the organisation successful means something was done right. Any conversation about the future needs to honour the past and take account of what to preserve.

Not only does this protect the reputation of those who were part of the history (who may be sitting next to you in the boardroom) it also adds a degree of certainty that change is steeped in something familiar.

In any major change, there will be passionate advocates who want to rush things through, overturn everything and do away with anyone who has been a doubter. What is often not managed in a revolution is the aftermath (and goodness knows we've seen plenty of examples of that in recent times). Putting passions to productive use often gets better long-term results.

The clever video How to start a movement illustrates how important it is to get others on board with your cause. The people who first follow you need to be encouraged, honoured and celebrated.

In summary HR can help the organisation, define unbiased criteria for future leaders, pace the change, and tell the story of the 'new leaders' successes.