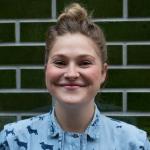 The Covid-19 crisis has created career dilemmas for many of us, but ultimately what matters is how you react and adapt to the situation. Alice ter Haar has some wise words for anyone struggling to get back up after a career knock.

“We’re bringing in someone directly above you to direct the team you’ve been leading for a year”, they said. With that, the world as I knew it was shattered.

Many of us have been there, right? That moment when you’re dealt a guttural jab that shakes your professional foundations? From demotion to redundancy, getting rejected from the dream job to a tough piece feedback, this working malarkey is not for the faint hearted.

It’s also not going anywhere, and sadly, it’s not set to get any easier either – while many have been shaken already by the initial tremors of Covid-19, we await the full impact of its aftershocks on businesses and individuals.

You can’t control the waves, but you can learn to surf.
– Jon Kabat-Zinn

This reality can leave us feeling helpless and afraid. One antidote is learning how to ride our own metaphorical surfboard i.e. our mindset. It is, if you think about it, the only thing you have full agency over. So, welcome to a 900 word surfing lesson…

Let’s get one thing straight. There are two types of ‘thing’ in life: those you can control and those you can’t. Distinguish between them, and don’t blame yourself for things outside your sphere of influence.

Let’s say you’re facing redundancy (a camp I’ve recently frequented): “it’s not you…it’s me” they attest. Well, they’re right – believe them. The economic fallout from this pandemic is likely to be cataclysmic and that’s no reflection on you. End of.

Regardless of where fault falls, however, when the **** hits the fan, there’s only one thing to do initially.

Making lemonade is all well and good – but when crisis first strikes, we must let ourselves feel the force of it – cry, shout, scream, literally drink tequila!

Allow yourself to go through these emotions. Remember Kübler-Ross’s Change Curve – anger, depression, and fear are all normal parts of the process. By allowing yourself to feel fully, you come out the other side more quickly.

That means you can take that killer hangover by the horns and turn it into something sweeter. Did someone say lemonade?

Have a word with your ‘chimp’

To make lemonade, you must move into a more constructive, positive post-crisis frame of mind. To change the way you see the world, you need different (some might say rose tinted) glasses.

You’re neurologically programmed to react emotionally to situations – cue your limbic system, it’s what keeps us alert to danger, but it can be a bit of a blunt instrument.

The Chimp Paradox describes two ‘voices’ in your head: The chimp – this is the animalistic, nihilistic voice who gets FOMO (fear of missing out) and road rage. You know the one. Yeah, that guy – the limbic system.

The human – where sanity and reason reign i.e. your pre-frontal cortex. That’s the rational voice, or the angel that tries to talk down that devilish ‘chimp’.

Let’s take a redundancy situation and how these inner voices might respond.

Human: “I know you’re hurting, but the company is hurting, too. Put yourself in their shoes”.

Chimp: “What’s the effing point? I might as well just give up and play videogames all day”.

Human: “The point is that you’re made for more than just playing video games. Get at ‘em.”

Now, don’t get me wrong. I’m not expecting us to be all ‘growth mindset’ all of the time (I’m certainly not). Give yourself a break and let the chimp off the leash sometimes in a safe space.

Never forget, however, that you can control which inner voice gets airtime and who you choose to listen to – it’s your head after all.

Given it’s your head and your situation, it’s also your story – you’re the protagonist. This is your life. So, what kind of movie are you making?

Will you choose to see this experience as a horror story – full of terror and gore where everyone dies at the end?

Or, just like the way you can control the voice in your head, can you make this movie a feel-good rom com, where tragedy leads to a cheesy montage, the actor ‘finds themselves’ and then lives happily ever after?

When I got demoted, a friend suggested: “how could you make this the springboard for the best thing that’s ever happened to you?” That one statement changed my life. This empowering outlook meant I turned what could’ve been nightmare and made it into my very own fairytale.

Get out of your own spotlight

The reality is, while we think that everyone’s watching our ‘movie’ with popcorn and laughing at us behind our back, they’re actually not. They’re too concerned about their own movie starring demotion, redundancy, or whatever other crap they’ve got to contend with, to care too long or hard about what’s happening with us.

Don’t get too tangled up in feeling embarrassed or foolish about your own pitfalls, because – and I hate to break it to you – nobody’s that bothered. If they are, who needs them anyway? There’s an old saying that goes, ‘the people who mind don’t matter, and the people who matter don’t mind’. Take a chill pill and get out of your own way.

Just as we should let go of our own ego, we’d do well to let go of anger. Anger doesn’t serve anyone, least of all you.

You might have heard the adage, ‘holding onto anger is like drinking poison and expecting the other person to die’. In other words, it’s pointless.

Instead, turn that anger into defiance and show the world what you’re made of. If you can’t change the cards you’re dealt with, all you can do is play the best damn game you can.

As Sheryl Sandberg would say, “when ‘option A’ is not available, let’s just kick the **** out of option B”.

Interested in this topic? Read HR job hunting in a pandemic: how to be a change driver, not a passenger.

Alice ter Haar is the founder of Badass Unicorn – a personal development consultancy that works with businesses and individuals to unlock people’s potential.