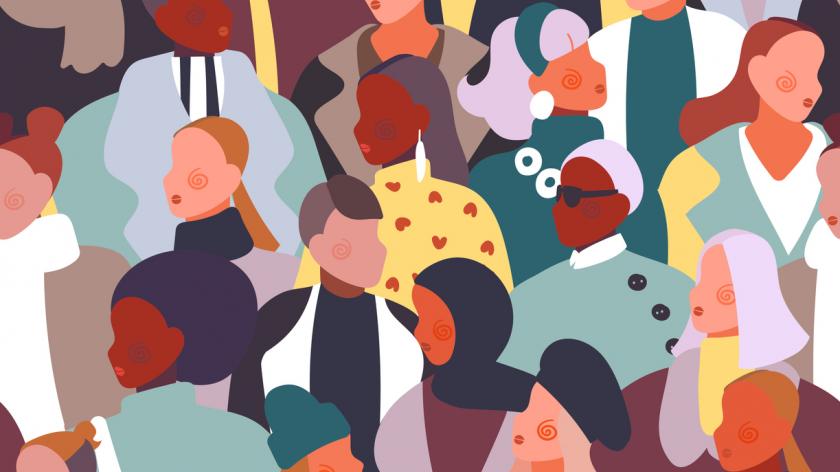 New research from the Runnymede Trust shows the cost-of-living crisis is widening the poverty gap for some minority ethnic groups. Organisations are perpetuating the problem by allowing racial discrimination to impact decision making – how can HR address this?

We’re living through a financial crisis, with the prices of everyday items – from food to household electricity – skyrocketing. No one is safe from the impact of these rising costs, but there are groups across the country being hit disproportionately, such as low-income households and people from ethnic minority backgrounds.

Put simply, we’re not seeing enough progress – and as we move deeper into today’s cost-of-living crisis these groups are finding themselves at particular risk.

Change isn’t going to happen unless organisations act against the status quo. HR and business leaders need to start looking internally at their own processes and culture to tackle racism in the workplace, including their hiring and promotion processes.

They need to look at everything from reporting structures and complaints procedures to challenging day-to-day stereotypes – and then use their learnings to improve inclusivity for everyone, both in the workplace and beyond.

Research from the University of Oxford revealed that minority ethnic job seekers had to send 60% more applications to be shortlisted for a role than White applicants.

The Runnymede Trust’s research isn’t the first to call out these socio-economic disparities. According to government statistics from 2020, groups that were overrepresented in the most deprived areas of the country were Pakistani, Bangladeshi, Mixed White and Black Caribbean and Black African.

Around the same time, Public Health England also published a report highlighting the disproportionate impact of Covid-19 on minorities, revealing higher death rates from the virus among Black and Asian ethnic groups when compared with White ethnic groups.

The pandemic exposed and exacerbated longstanding inequalities affecting Black and minority ethnic groups in the UK. Unfortunately, this observation can also be made about the cost-of-living crisis.

Organisations have played their part in this imbalance by allowing discrimination to impact decision making. For years, this has prevented minorities, particularly those of an African, Caribbean, Pakistani and Bangladeshi origin, to be selected to join organisations and to progress within them.

This inherent discrimination doesn't just end with a person being selected for a job. It follows them into the workplace when considering how their performance is evaluated. Minorities tend to experience over scrutiny – as though they’re being monitored through a magnifying glass.

As a consequence, any mistake they make, no matter how small, will be blown out of proportion. Individuals therefore receive lower performance ratings and are less likely to be promoted.

We also need to consider the differences between minority groups at work, which can be hidden when we refer only to Black and minority ethnic people. When it comes to pay, whilst Asian people, overall, are earning less than the majority population on average, there are significant variations for different communities. People of Indian origin tend to earn more than the average, whereas those of Pakistani and Bangladeshi origin earn significantly less than the average for the population as a whole.

Employers must remember that the decisions they make about how to select, manage and promote their staff have an impact on people's lives.

The current cost-of-living crisis is only widening the poverty gap for some minority ethnic groups – and we cannot allow this to be ignored.

HR clearly has a part to play in removing race-related barriers, as discrimination from employers will impact people’s employment prospects and their earning ability.

These latest findings from the Runnymede Trust are an important reminder for us all to take a good, hard look at our own attitudes towards race. Business leaders must take accountability, foster inclusive behaviours in the workplace and challenge stereotypical attitudes. We also need to adapt our responses to complaints and general working practices that may be perpetuating racial discrimination within our organisations and society.

Racial inequalities are longstanding, with little progress being made. The current cost-of-living crisis is only widening the poverty gap for some minority ethnic groups – and we cannot allow this to be ignored. Organisations must examine how they are perpetuating the problem and ways to improve the situation. This needs to happen urgently.

Interested in this topic? Read 'How HR can address ethnicity pay gaps now.'

Professor Binna Kandola OBE  is a business psychologist, senior partner and co-founder of Pearn Kandola. An award winning author, he has written and co-written 10 books, three of which are on the subject of bias and critically acclaimed. Binna is passionate about delivering deep-rooted change in organisations by uncovering and working to tackle...