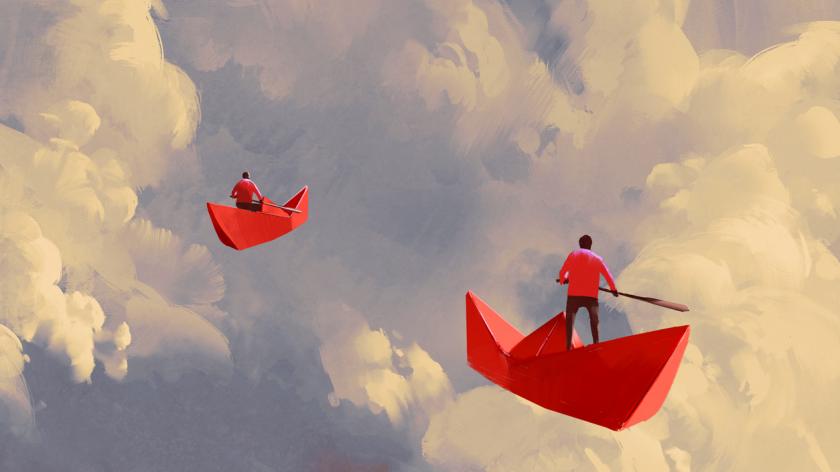 Why have we still not normalised periods in the workplace?

Periods happen but our attitude to this essential part of human life is still woefully poor. Now is the time to address menstruation in the workplace and the role men can play in normalising it.

In her 1978 essay, feminist Gloria Steinem described how the world would be if men had periods. Based on the premise that the patriarchal system was still in place as it is today, it explores how sanitary supplies would most likely be federally funded and free, and men would celebrate their superiority, and how inferior women were as a result: “How could a woman master any discipline that demanded a sense of time, space, mathematics, or measurement, for instance, without that in-built gift for measuring the cycles of the moon and planets”.

What happened to the culture of honour and respect?

For most indigenous nations, a woman’s cycle has been deeply honoured for as far back as we can trace. The ‘Red Tent’ was a place where women went during their menstruating phase, not for them to be excluded because this was ‘unclean’ or ‘dirty’ in some sense, but because it was recognised that this was a phase of introspection when the woman was at her most potent, intuitive and creative. The Red Tent was a place of honour, a place of reflection shared with other women.

And yet somehow in ‘modern societies’ we have created a belief that a woman’s cycle is a woman’s burden, and they are to be shunned because the first phase, the bleeding is unclean and the fourth phase makes them undependable – somehow the natural and beautiful actions of hormones are pejoratively labelled ‘hormonal’. s

It seems there is great suppression of what is good and natural, designed to make us all fit into a mould that is dictated by masculine requirements

How many men actually understand the four phases of a woman’s cycle, and how many work with that cycle and the natural changing behaviours and emotions it produces? One of the principles we at Serenity in Leadership work with in teaching leadership is that the skills and attributes that created the society and its challenges of today, are not the ones that will successfully take us into the future, and a key necessity is an acknowledgement of the feminine and what she (in both men and women) can add to create a healthy, inclusive environment.

It seems there is great suppression of what is good and natural, designed to make us all fit into a mould that is dictated by masculine requirements. Caroline Criado Perez in her book Invisible Women explores many of these precepts, and it is all done in the same unconscious way that we white people can so glibly declare: ‘I’m not racist’ or ‘I’m not privileged’. Denial is not a useful way forward and yet this whole subject is treated as taboo in the majority of homes and organisations.

Understanding how a woman’s body, emotions and behaviours are driven is essential so that we can work with them, as opposed to ossifying a system that makes little or no provision for these changes. Knowledge is power, so they say, and allowing the natural to take place without suppression or shame, will enhance performance, just as organisations are finding that being fully inclusive, contrary to popular beliefs, does actually affect the bottom line positively.

How can we improve the situation for women in the workplace?

It’s time for some menstruation education

The issue starts in middle school when girls are invited to a room to discuss menstruation – and the boys are outside either not sure how to respond, giggling about it, or trying to figure out who’s started already. Boys need thoughtful education too, and it should start at the same time. And lets us men learn about it. Huge strides have been made in the opening of the subject of menopause and we can learn from the way this ground-breaking work has brought about change.

Some men feel their own cycle, but a woman’s cycle is so much more evident

If a Women’s Employee Support Group exists, they could explore how to address this in their culture and company. Most companies have such a group – and this would be a great place to start – and if they don’t, why not set one up?

There is no logical or good reason for the taboo way in which we treat the whole subject of menstruation. Because there is such shame and a need for privacy around it though, it will take a long time, perhaps generations, for attitudes to change sufficiently but let’s start by respecting the difference. Men and women are different and suppressing or denying this difference serve no one.

Lift the misunderstandings and suspicion

Many male and even some female leaders display suspicion of women that suffer during their periods. The way that people are treated is an HR issue – I can only imagine the feelings of someone who has to go to the bathroom more frequently than others, carrying, or perhaps trying to conceal their handbag with their necessary ‘bits’: the eyes that follow, suggesting an idler, increasing and deepening a feeling of shame. And sometimes there are comments from insensitive (and ill-educated) men – when does that devolve into sexual harassment?

Make space for this fundamental difference between men and women

Some men feel their own cycle, but a woman’s cycle is so much more evident. If there are companies that recognise a leave of absence or flexibility to work from home for women who have a very difficult time with menstruation, let’s acknowledge them as we have for those that have led with paternity leave.

Men have to acknowledge that dialogue is important, and while it might not immediately produce profit, it is needed to enhance understanding between the sexes, and true inclusion

A challenge that is beginning to arise is with trans men who still have periods. Has your organisation thought about supplying the necessary sanitary supplies in men’s bathrooms? Perhaps another good argument for unisex facilities?

Men have to acknowledge that dialogue is important, and while it might not immediately produce profit, it is needed to enhance understanding between the sexes, and true inclusion. Please step up, men, come with curiosity and open minds, and HR use your creativity to nurture these conversations.

Interested in this topic? Read It's time to address menstruation in the workplace – period.