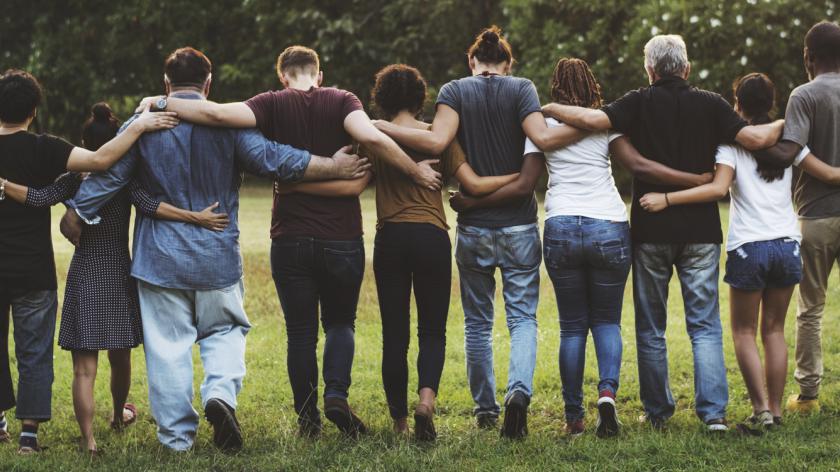 Diversity and inclusion: How to build more inclusive wellbeing strategies

When designing a wellbeing strategy, HR teams should bear in mind that BAME and LGBT+ employees may have different needs, so a ‘one-size fits all’ approach may not work.

Workplace wellbeing is set to be a priority of the boardroom agenda again. As CEOs are now familiar with the huge positive impact that taking care of their staff can have, more pressure is passed down to HR to do something about it. As a result, there has been a boom in wellbeing solutions, which has created an increasingly complex market with lots of providers.

Any one of us can visit one of the UK’s increasing number of wellbeing conferences and meet upwards of 100 providers with products and services that promise to make the lives of employees easier. This brings with it a big problem. However – wellbeing at work isn’t just an HR problem to deal with. It’s a diversity and inclusion issue too and needs to be thought of as one.

This means recognising the differences your employees face in their lives and ensuring their specific needs are accommodated. It means that buying a product on its own is not enough to make the changes needed. Employers need to create wellbeing strategies that cross over into other areas like culture, training and employee benefits.

Although a record number of employers are taking steps to support their staff with the rising issue of mental health, few are thinking about how their approach needs to change based on the various challenges of the people they employ.

According to the ONS, one in 25 people under the age of 24 in the UK identify as lesbian, gay or bisexual. LGBT+ people are less satisfied with their lives than the general UK population, however, and experiences of mental health issues are around a third higher in LGBT+ employees.

According to research by Stonewall, more than half of LGBT+ people have experienced depression in the last year and almost half of trans people thought about taking their life in 2017. LGBT+ youth are four times more likely to self-harm than their heterosexual peers.

An inclusive and supportive workplace culture can help to create an environment where workplace wellbeing not only caters for the unique challenges faced by the LGBT+ community but also supports them in a way they might be getting elsewhere.

In England and Wales, nearly a fifth of people come from a BAME (black, Asian and minority ethnic) background. Last year, one in three UK adults experienced or witnessed racism at work. Around a third of employees who have been subjected to racism at work have said they’ve taken a period of sick leave as a result.

Unsurprisingly, this is having a negative effect on the lives of BAME employees. New research has revealed that racism shortens lives and hurts the health of black people. Research has also found a 73% increase in suicide attempts among black US teens this year.

Even when people from these communities are employed, we know they are paid less than their white counterparts.

It has been suggested that as well as discrimination within healthcare, black youths are less likely to receive mental health treatment because the mental health stigma is more prevalent in some BAME communities. This gives employers a unique opportunity to help BAME employees in particular by helping to remove the stigma and make support more visible.

It may not be initially obvious that LGBT+ employees face slightly different financial wellbeing challenges than heterosexual employees. When I came out, I was working in a pensions department just as civil partnerships were granted in the UK. As we started receiving civil partnership and gender reassignment certificates for annuities claims, there was a lot of confusion from everyone.

Even today, LGBT+ employees have choices to make that others don’t have to. For example, some travel insurance now includes cover for homophobia and hate crime. For trans people, the financial paperwork can be incredibly confusing depending on whether or not you have a certificate from the Gender Recognition Panel – regardless of how you identify.

LGBT+ employees are reported to have worse saving and spending habits than heterosexual ones. Experian found that LGBT+ people are more likely to want to improve their money habits and report being in less control of their finances.

According to research by Prudential, LGBT+ people are much more likely to than the general population to say they need to gain more financial knowledge. Confusion surrounding things like LGBT+ rights and changes in the law are perceived as being barriers to LGBT+ people acquiring better financial education.

People who come from Pakistani, Bangladeshi communities have high rates of poverty, as do black, Chinese and other ethnic communities. Even when people from these communities are employed, we know they are paid less than their white counterparts.

According to new research, just 21% of black African households own their own home, compared to 68% of white British ones. Although much of this disparity is due to cultural and socio-economic factors, research is also showing that talking about money in these communities is having an impact financial education and ultimately, on homeownership.

It is important that employers recognise that not all employees are created equal. Simply understanding the disadvantages your diverse employees face can better help you to build a wellbeing strategy.

The Runnymeade Trust found that BAME groups experience significant disadvantage in accessing financial institutions and services. In the US, multiple studies have found that BAME communities suffer from a more prominent lack of financial education. African Americans and Latinos tend to score considerably lower in financial tests. As a result, there is a huge gap in retirement planning of BAME employees.

According to a report by Financial Finesse in the US, employers may hold the key to closing the disparities between the financial literacy of BAME employees. Reviewing financial wellbeing strategies with these differences in mind can help you to ensure that whatever products and services you are offering are explicitly inclusive of BAME and LGBT+ employees.

It is important that employers recognise that not all employees are created equal. Simply understanding the disadvantages your diverse employees face can better help you to build a wellbeing strategy that accommodates the varying needs of BAME and LGBT+ employees.